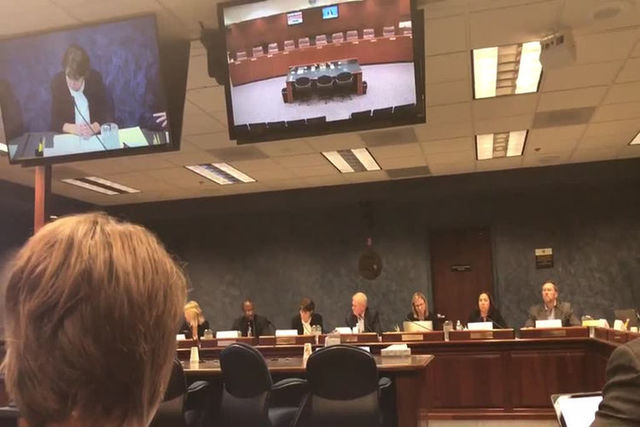 What can $1 million buy?

Or a consultant to assist with the overhaul of the entire Clark County School District.

The hiring of the TSC2 Group certainly raised some eyebrows, done in a harried manner that left many scratching their heads.

The vote by the Advisory Committee for AB 394, a group of legislators overseeing the district’s reorganization, was coupled with a decision to create a volunteer Community Implementation Council to oversee the work.

Both worked together at the economic alliance, where Christenson is an executive committee member. Both pitched the plan to the advisory committee with a united front. Both the council and consultant were approved in one fell swoop.

The consultant hire blindsided the district, which is doubtlessly upset that it now has to foot the bill of up to $1.2 million.

But it also surprised members of the committee itself, which had a 5-2 vote split down party lines. The only two against the decision were Democrats.

“We didn’t know that was coming,” said state Sen. Mo Denis, D-Las Vegas, who would’ve voted against it if he had stayed for the vote.

There probably wasn’t time to issue a full request for proposals, Denis noted, but he would’ve liked to see other options.

“Normally, when we’re going to spend $1.2 million, we get an opportunity to see what other people are willing to do,” Denis said.

“(Skancke) and Christenson have a good track record of working together,” Stewart said. “I think it’ll be a help in getting things moving quickly and getting the ducks in line.”

The clock is ticking — the district’s reorganization, which will give more empowerment to schools in a decentralized model, must roll out next year.

The TSC2 Group has declined to comment on the matter, referring to Christenson.

Christenson has explained that the reorganization requires human and intellectual capital from the community.

State Sen. Michael Roberson, R-Henderson, who chairs the advisory committee, said there was prior outreach to the entire committee, the superintendent and at least one school trustee.

“Every member of the committee had the opportunity to discuss the proposal, ask questions, raise objections and ultimately vote on the proposal,” he said in an email. “Every step of this AB 394 committee process has been more transparent and subject to more public scrutiny than is typical in the legislative process.”

A $1 million dent in a multibillion-dollar budget may not be much, but the way the deed was done certainly ruffled some feathers.

Will it be money well spent? Only time will tell.