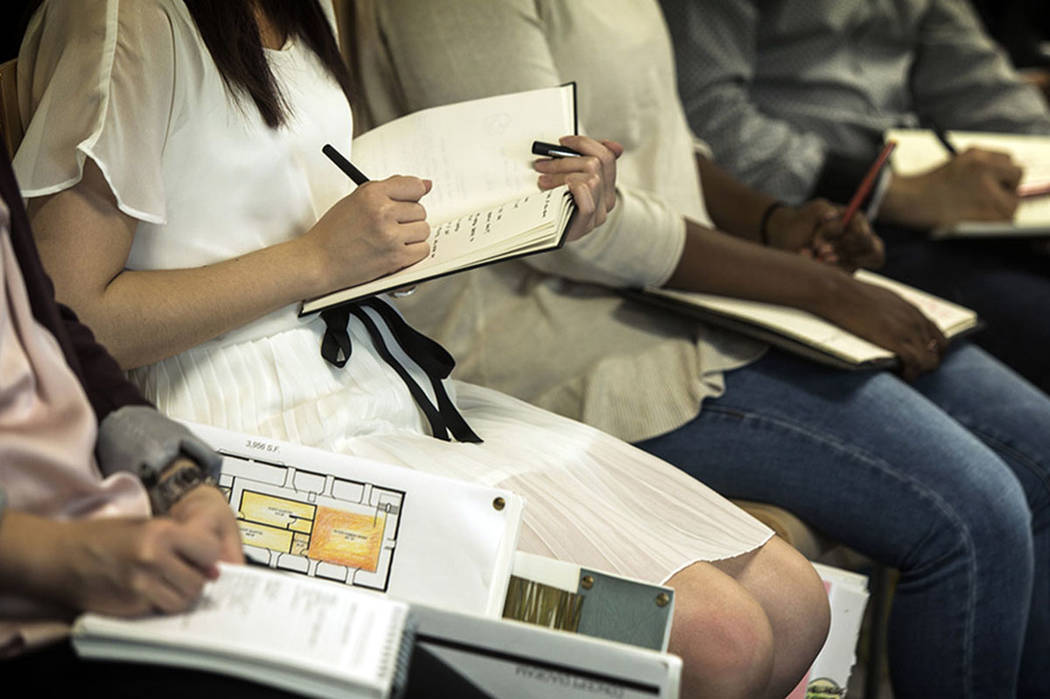 Where other schools have banned them, they’re embraced as part of the uniform at the Girls Athletic Leadership School of Las Vegas, a charter school for grades 6 through 8 set to open this fall at the Gaughan Boys &Girls Club of Southern Nevada on the UNLV campus.

Known as GALS, the school belongs to a network of all-girls and all-boys public schools — which are ultimately open to students of all genders — whose curriculum incorporates physical education into nearly everything, like beginning each day with a jog around campus or dancing in math class.

The yoga pants are part of the mission for the girls school, encouraging comfort and movement, according to Executive Director Jennifer McCloskey. While research has long held that boys struggle with the modern public education requirement to sit still and listen, McCloskey said that girls, too, benefit from a freer and more physically focused curriculum.

If, like me, you were first picturing the stuff of boarding or finishing schools, McCloskey says the environment inside GALS couldn’t be further from militaristic.

“There are no straight lines. We listen to music. We love Beyoncé,” McCloskey said.

That Nevada is getting its first public girls school shouldn’t be surprising given the resurgent appeal of single-gender education, which nearly vanished in the early 2000s but is seeing a comeback driven by what one researcher described as the desperation to try something — anything — to fix public education.

Apart from the fledgling Vegas campus, GALS’ parent charter network operates girls schools in Los Angeles and Denver, where it also has a boys school. Notably, the GALS schools make a point to be open to all genders, with the charter for GALS LV stating that the school will not turn away male students and that GALS schools have been a safe-haven for transgender students, too.

But the curriculum is tailored to the needs of young women, McCloskey said, emphasizing female leaders and leadership while also taking care to address issues that disproportionately affect girls, like eating disorders and trauma from sexual assault.

Girls living in poverty, which the population that GALS Las Vegas hopes to serve, also face issues like housing insecurity and the threat of human trafficking, which McCloskey said the school plans to combat through one-on-one counseling sessions and lessons on self and community advocacy.

Yoga pants and positive affirmations aside, the first question that most parents will ask is whether the single-gender model shows academic gains. Here, research seems to indicate that there are no strong conclusions to be made, apart from that all kids can benefit from a good education.

But if not strictly academic, another part of the appeal of all-girls education is the environment inside the classroom, where studies have shown that girls’ confidence falters around boys, who might be louder, more talkative or take up more of a teacher’s time.

Other research has suggested that just the perception that boys do better in STEM subjects is sometimes enough to shake a girl’s confidence, leading to something of a self-fulfilling prophecy of fewer women pursuing math and science careers.

McCloskey says this is where GALS can offer something different.

“It’s a safe space for girls to come together, particularly girls with trauma,” McCloskey said. “It’s a sisterhood — we support one another.”