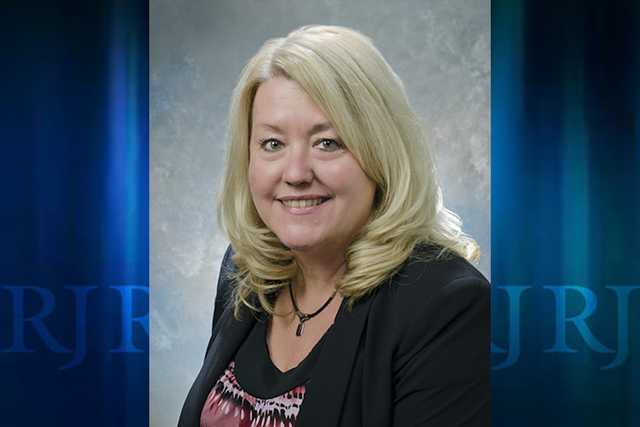 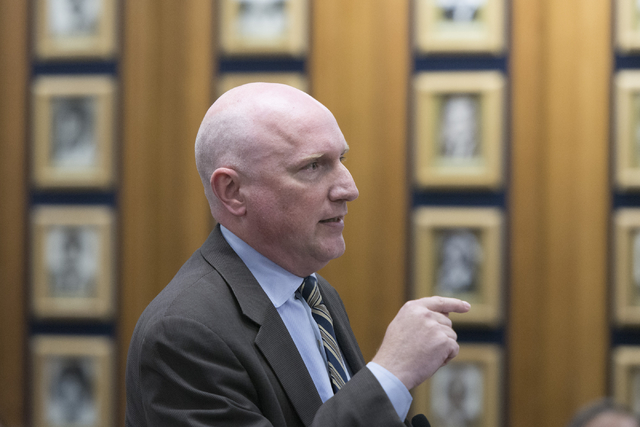 Jim McIntosh, former CFO of Clark County School District, speaks during the CCSD board meeting to approve the district's final budget for the 2016-17 academic year at the Greer Education Center in Las Vegas Wednesday, May 18, 2016. (Jason Ogulnik/Las Vegas Review-Journal)

That’s the size of the operating budget that the chief financial officer of the Clark County School District has to manage. The head honcho of finances clearly faces a gigantic task overseeing the nation’s fifth-largest district.

And there’s more than just $2 billion to be balanced: There’s debt and capital, contracts with four unions and the politics that naturally comes with the gig.

So why take the post if you can take a less stressful, better-paying job elsewhere?

The district has no CFO after the previous two left for higher-paying jobs. Jim McIntosh oversees a budget of just over $500 million for the city of Henderson, where he makes $154,500 — $16,500 more than he was paid by the district.

That’s like Wynn Resorts, which this week hired a CFO at an annual salary of $750,000, losing executives to smaller gaming companies over cab fare to McCarran International Airport.

There are certainly cost-of-living changes to account for with any salary change in a different state. Yet attracting top-level district officials can still be a challenge: amid other competition, how do you balance finding a highly qualified professional with a reasonable public salary?

The district feels that it is competitive with that type of government position for the public sector, a district spokeswoman said, while noting that applicants don’t necessarily come to Clark County for the money.

And a higher salary may not be the only reason for these departures — it could be lifestyle, a family situation or a number of other factors.

Regardless, the district is now without a financial leader at a critical moment. The reorganization of the school district requires the central office to slim down its finances to 20 percent of the total budget.

Schools, too, are creating their own budgets based on student population and needs through a new empowerment model. Various union contracts need to be negotiated (at least one still remains unresolved).

That’s a lot of numbers-crunching.

How, then, does one of the largest employers in Nevada attract a financial chief?

“Especially in high-profile districts like Clark, there’s a lot of political pressure attached with that,” said Andrew Feuling, the director of fiscal services for the Carson City School District. “It takes a certain person to want to jump into a role like that.”

Feuling began his career as a teacher, before moving to Nevada from Wisconsin.

But despite the challenges, Feuling thinks there should still be people who will take the job. Most people who go into the public sector, he said, must have some sense of working for a greater good.

“Some fiscal folks like myself are, I have to believe, passionate about education like I am. I can’t imagine being involved in anything else,” he said. “They have to be out there.”