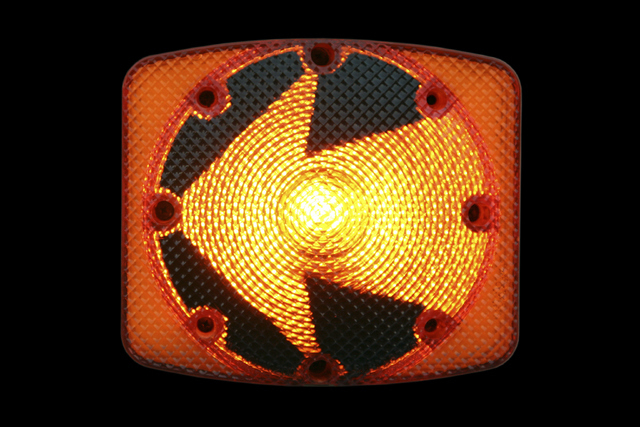 Anecdotes are not evidence. We all know this, but it sure is hard to resist turning a story into science.

And so it goes with Robert’s question on my favorite topic: Those new flashing yellow left turn signals.

He wrote: “How many accidents have to occur at an intersection before action is taken to correct the situation? There is one intersection in particular that has a high incident of accidents. These accidents started happening after the county installed the left turn on flashing yellow arrow lights. This intersection is at Eastern Avenue and Pebble Road. There has been one fatality as far as I know, plus numerous other crashes here.”

He goes on to say what he thinks the problem is, that it’s a wide intersection that’s easy to misjudge.

Let’s look at some evidence, shall we?

At a shindig a few months back, local officials were touting these flashing yellow lights as the next Cool Thing that will save your life.

Study after study shows they reduce crashes, nationally and locally. In Henderson, crashes were down 20 percent. In Clark County, a sampling of several intersections showed crashes were cut in half.

But what about Eastern and Pebble?

County spokesman Dan Kulin came up with some numbers for me. Let’s compare each of the past few fiscal years, which run from July 1 to June 30. This is how many “angel crashes” there were at that intersection, or crashes that involved left turns:

That there’s a trend, y’all. Guess when the light went up? September 2012.

Yes, the sample size is really small, so you can’t say for sure that the new light is the cause of the drop in wrecks. But you can’t say it’s causing more wrecks, either. Not when there are fewer of them. The numbers are what they are.

You know what else is a small sample size? Three. So don’t draw any conclusions from this either.

By the time you read this, I’ll be gone. I’ll be the third Road Warrior in the past few years to not only leave the paper, but to leave journalism. This column will be back next week, though with a new minder.

I’ve had a blast with this column. Who knew that when you combine traffic cones and existentialism you get snark?

There’s a serious side to this, too. As I said in the first Road Warrior piece I wrote, car crashes kill far more people than homicides do. Homicides get all the attention from the media, and that’s too bad. Homicides and celebrity gossip and all that other trash out there.

Don’t blame us completely, though. It’s what people want. Again, the numbers don’t lie. If this, or any news organization, is going to stay in business, it has to give the people what they want, at least some of the time.

So, if you’ll permit me to preach for a moment: Stop wanting that junk.

Read the story about the city council’s new zoning regulations. Click on the piece about government budget cuts, about the library or some new education program and, yes, about the new traffic lights. That stuff matters a lot more than some random act of violence or some celebrity scandal that has nothing to do with you.

The people who work at this newspaper do important things. These people are not perfect, just like I’ve preached over and over again about the people who run our traffic system. They are people. Cut ’em some slack. Most of them are trying to do the right thing.

If they don’t do it, complain to the newspaper. Someone will be here to respond. It just won’t be me.

Got a transportation question, comment or gripe? Ship it off to roadwarrior@reviewjournal.com.