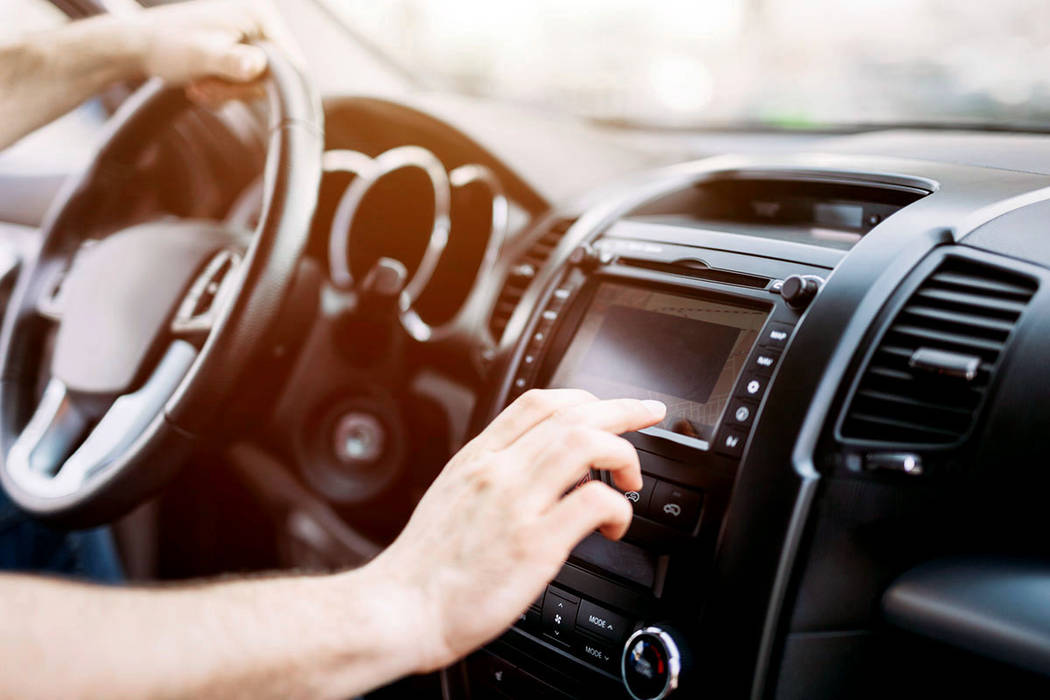 Despite being heralded as a safer alternative to using hand-held devices while driving, in-vehicle infotainment technology has proven just as distracting to older motorists.

Drivers between the ages of 55 and 75 were shown to have their eyes off the road for more than eight seconds longer than drivers ages 21-36 when using a navigation feature or tuning the radio, a AAA study revealed.

With the risk of a crash doubling for drivers who take their eyes off the road for two seconds, some of the technology aimed at curbing that is actually contributing to distracted driving.

“Distracted driving goes beyond being on your phone,” said Andrew Bennett, a spokesman for the Nevada Department of Public Safety. “Activities like talking to other passengers, adjusting the radio, eating or drinking and grooming are all considered distracted driving habits and are a danger on Nevada’s roadways.”

A test conducted by the AAA Foundation for Traffic Safety and researchers from the University of Utah studied the visual and cognitive demand generated by the infotainment systems in six 2018 vehicles.

Study participants were split into two age groups (21-36 and 55-75) and were asked to use voice commands, touch screens and other interactive technologies to make a call, send a text message, tune the radio or program navigation, all while driving.

They discovered the technology created potentially hazardous distractions for all drivers, but especially for the older group, who took longer (4.7-8.6 seconds) to complete the tasks, decreasing their response times, and increasing visual distractions.

“Voice-command functions found in new in-vehicle technology are intended to help drivers by keeping their eyes and attention on the road,” said Sergio Avila, spokesperson for AAA Nevada. “Unfortunately, the complexity and poor design of some of these systems could cause more harm for older drivers instead of helping them.”

Design changes in the systems, like improving voice-command technology, simplifying menus, removing complex center console controls and positioning system controls to allow drivers to keep their eyes on the road, could improve their effectiveness and make the systems safer for all drivers.

AAA recommends that all drivers, especially older drivers, keep the following in mind when buying or renting a new car:

— Avoid interacting with in-vehicle infotainment technology while driving except for emergencies.

— Practice using the voice command and touch-screen functions when not driving to build comfort.

— Avoid vehicles that require use of a center console controller when using the infotainment system, as they are especially distracting and potentially dangerous.

No matter what the distraction might be, drivers should keep the road in front of them the priority, not what’s going on in one’s vehicle, to increase the safety of everyone behind a wheel, Bennett said.

“The office of traffic safety urges drivers to pay attention and eliminate distractions when behind the wheel in an effort to reach zero fatalities on Nevada’s roadways,” he said.

With the grand finale of Project Neon nearing, the road restrictions associated with the nearly $1 billion project are winding down.

There are three planned overnight closures on the docket for this week, all slated to occur between 10 p.m.-5 a.m.

— I-15 southbound off-ramp to Sahara Avenue.

— Pinto Lane on-ramp to I-15 southbound.

Motorists are asked to use caution while traveling through work zones and heed construction signage.

Project Neon is slated to finish Aug. 8 with a ribbon-cutting ceremony marking the occasion.