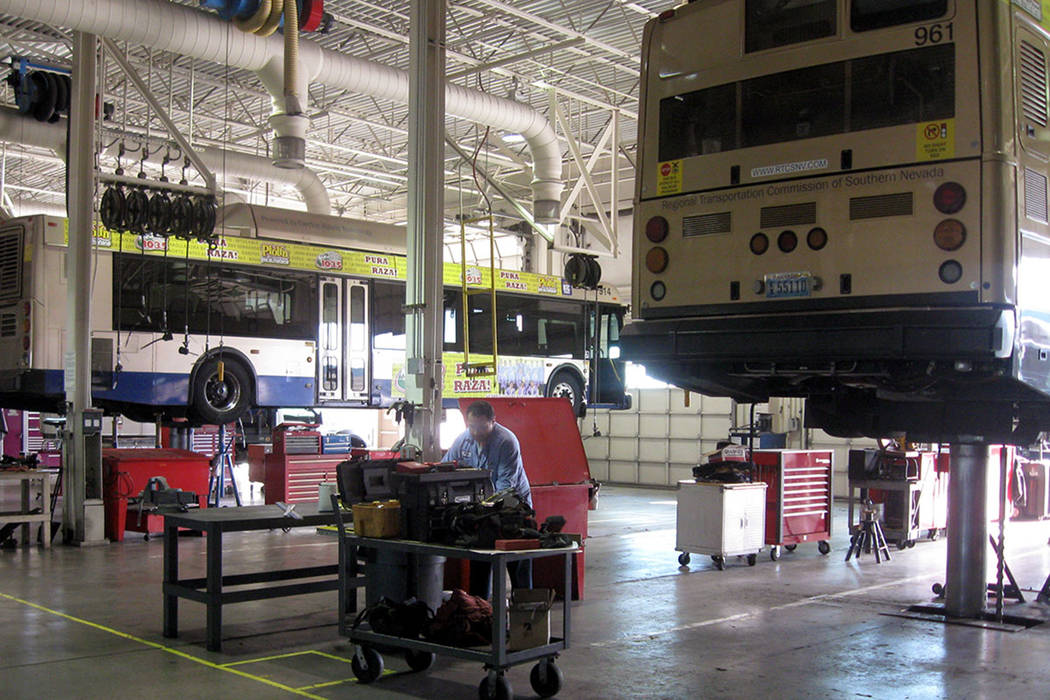 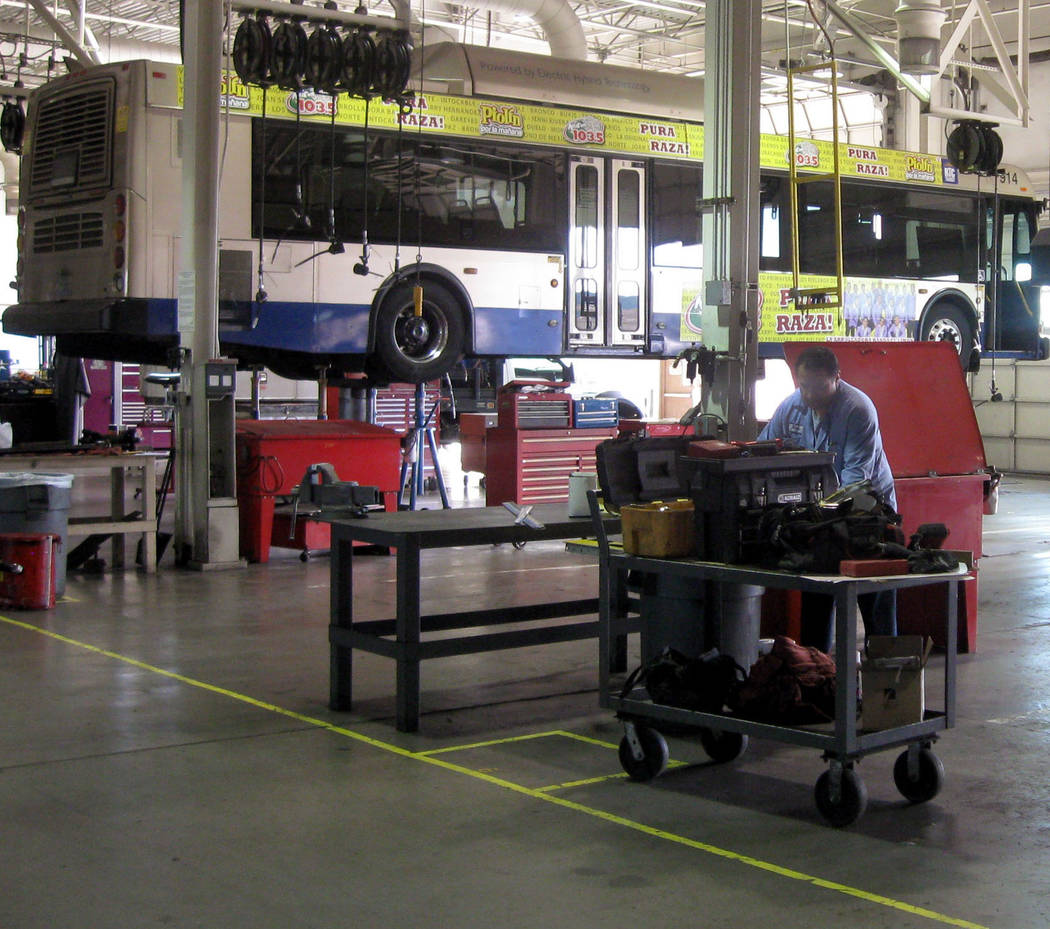 Public buses are still breaking down because of the extreme summertime heat in the Las Vegas Valley, but the instances are decreasing, according to the Regional Transportation Commission of Southern Nevada.

About 265 buses with overheated engines needed to be repaired during the fiscal year that ended June 30, down from 426 instances in 2017.

Still, Brad from Henderson said he frequently saw troubles while riding the double-decker buses for Route 202 along Flamingo Road over the past summer. The problems often force Brad and other riders to get off a stalled bus and wait for a replacement to come along.

RTC spokeswoman Catherine Lu said the agency’s oldest double-decker buses are being replaced to help resolve the issue. Ten buses were recently retired, with another 54 expected to be replaced between November and May.

With the RTC’s fleet of double-decker buses from British manufacturer Alexander Dennis, there are 90 single-staircase vehicles that are known to overheat when temperatures rise above 107 degrees, RTC officials told the Road Warrior last year. The problem is not noticed with the RTC’s double-level buses with two staircases.

The older single-staircase buses will be replaced with a new set of buses varying from 40 to 60 feet long, equipped with the latest technology in engine cooling and air conditioning for the passengers, Lu said.

When a bus engine does overheat, the driver is allowed to flip a switch and engage in “fast idling.” The trick increases the vehicle’s RPMs to make the engine fan spin faster so that the coolant can move more quickly.

Drivers also conduct pretrip inspections of coolant levels, the air conditioning system, windows, doors and seals on every bus prior to pulling out for the day.

Shirley from Las Vegas wanted to know whether a driver could be pulled over for failing to wear a seat belt. She also wanted to know if any citations are issued if the driver is wearing a seat belt but the passenger is not.

Nevada is among a small handful of states that have a “secondary” seat belt law, which means law enforcement officers can issue a ticket for not wearing a seat belt only when there is another citable traffic offense, said Trooper Jason Buratczuk of the Nevada Highway Patrol.

That means an officer can’t pull over drivers solely based on the seat belt not being used.

During his evening commute home, Dan said he regularly sees near-miss crashes on the eastbound 215 between Gibson Road and U.S. Highway 95 in Henderson.

“It doesn’t seem like there’s enough room for vehicles entering the 215 to merge into the appropriate lane,” Dan said in an email to the Road Warrior. “The lack of room and crisscrossing traffic seems to be causing accidents, or at least major slow-downs.”

Plans call for repainting the lane stripes at the freeway interchange, along with adjusting ramp access at Gibson and Auto Show Drive.

“While efforts are being made to establish a larger scale project for the freeway interchange, this project was identified to address the more immediate congestion and safety concerns,” Illia said.

Even though there are posted signs prohibiting commercial truck traffic on Lake Mead Boulevard from Sun City Boulevard to the 215 Beltway in the northwest valley, Jeff said he regularly sees big rigs rumbling through his neighborhood.

Las Vegas city spokeswoman Margaret Kurtz said that sign is intended to clarify that this road segment is not a designated truck route.

Despite that, Kurtz said that the city cannot restrict a truck that’s making a delivery on the shortest route possible — which often means using the Beltway and Lake Mead Boulevard.

Questions and comments should be sent to roadwarrior@reviewjournal.com. Please include your phone number.