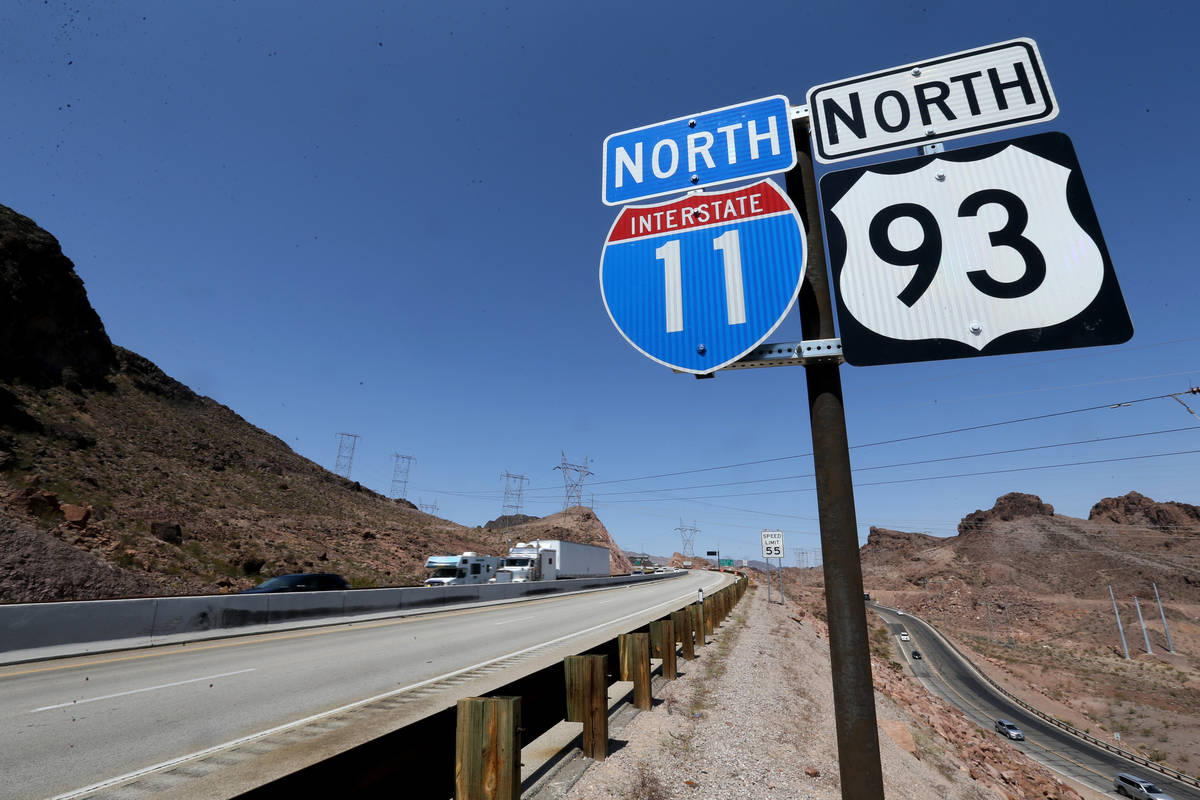 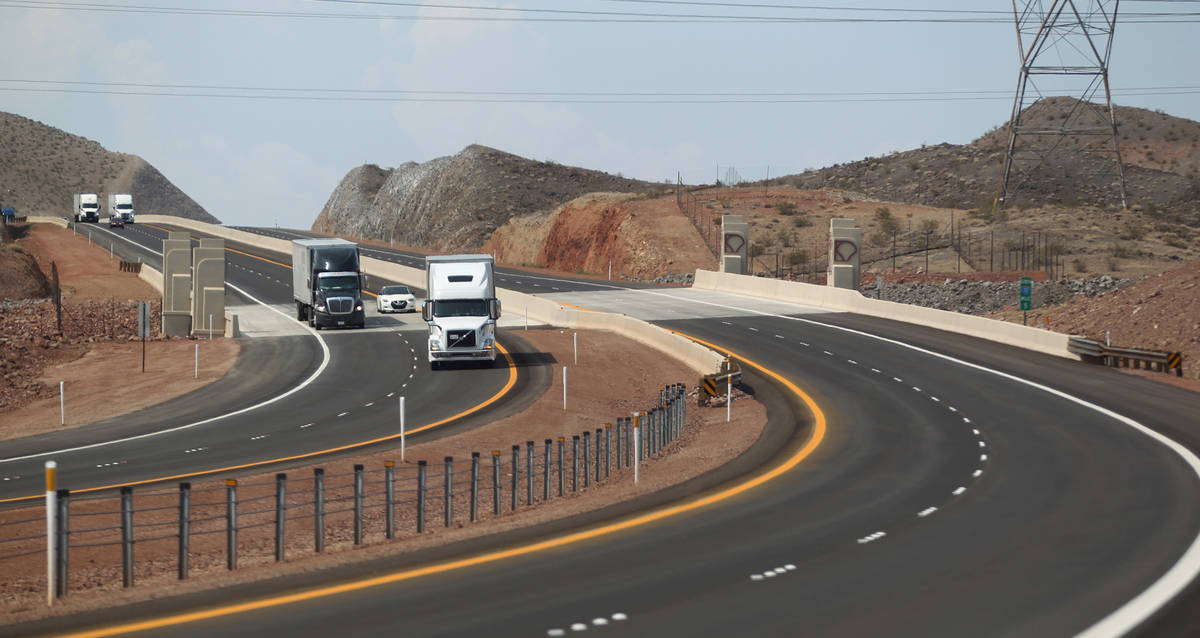 Traffic moves on the northbound lanes of Interstate 11 after a ceremony marking the opening of a 12.5 mile section of the freeway, also known as the Boulder City Bypass, Thursday, Aug. 9, 2018. Motorists can now drive 15 miles of I-11, which is expected reduce travel time to Arizona by up to 30 minutes. K.M. Cannon Las Vegas Review-Journal @KMCannonPhoto 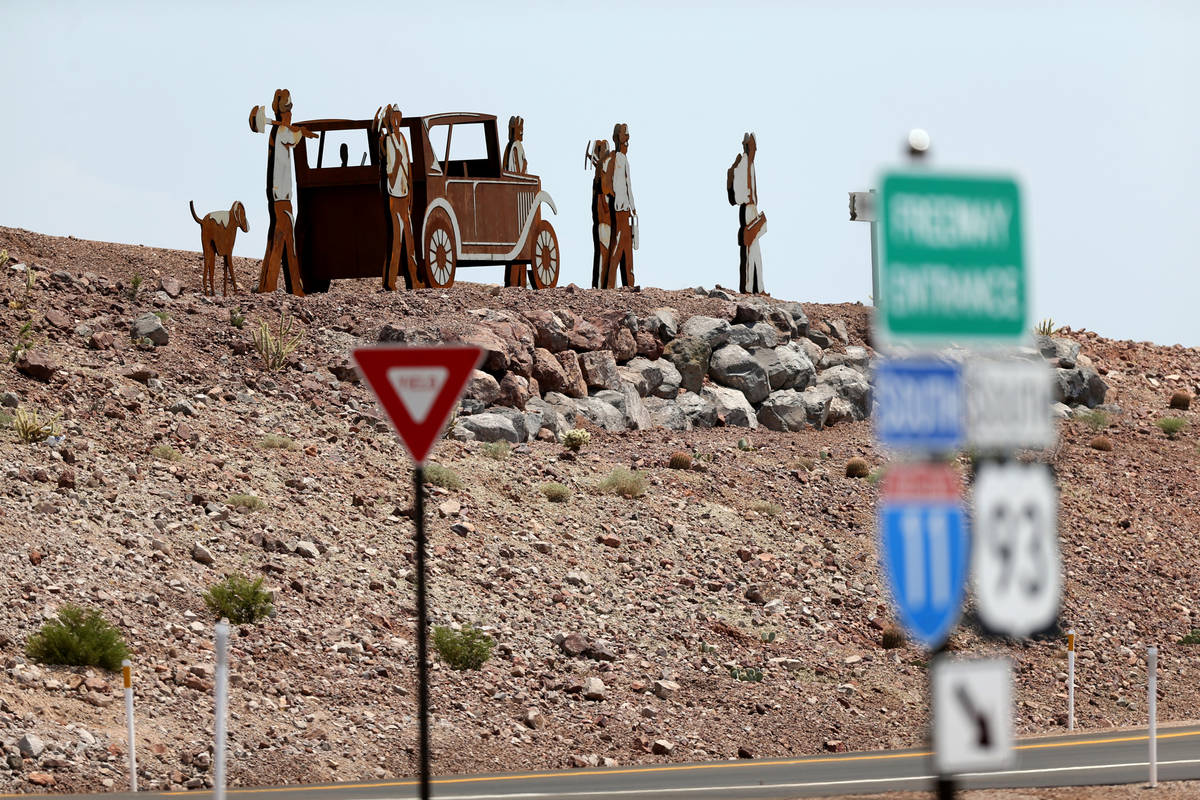 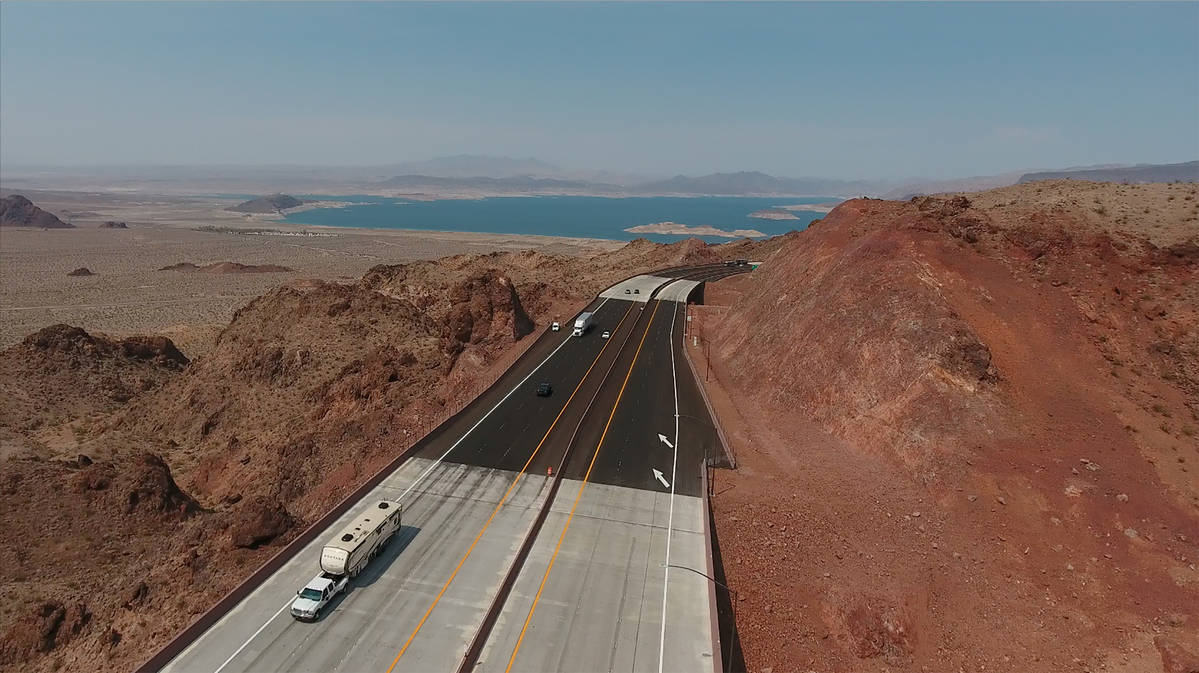 A segment of the new Interstate 11 near the scenic turnout that offers views of Lake Mead as seen from the air on Thursday, August 9, 2018. Michael Quine Las Vegas Review-Journal @Vegas88s

If Nevada motorists have something to say about the next step in the Interstate 11 process, now’s the time to speak up.

On Friday, the Nevada Department of Transportation and the Federal Highway Administration launched an online public meeting website for the I-11 tier 1 environmental impact statement project in Southern Nevada.

“This is something entirely new for the department, conducting a public information meeting virtually via a project-specific website for soliciting feedback on a federal environmental impact statement,” Transportation Department spokesman Tony Illia said. “However, we have been forced to adapt and evolve our processes, like so many others, during the COVID-19 pandemic.”

The public’s feedback will assist in identification of a preferred I-11 corridor through the Las Vegas Valley, stretching from the Arizona border at U.S. Highway 93 to near Kyle Canyon Road along U.S. Highway 95.

“Public feedback will shape the environmental impact statement used to evaluate potential alignments, with the final goal of obtaining a federal record of decision that leads to a single corridor for all future I-11 projects,” Illia said.

Although feedback is being solicited, don’t expect work on the corridor to begin anytime soon.

Any new I-11 construction in Nevada is not slated to begin sooner than eight years from now, and the start date will be determined by when funding is available.

The first portion of I-11, a 15-mile stretch between the Arizona-Nevada border and running near Boulder City, marked the first new interstate to be constructed in the U.S. since 1992.

Once complete, the highway will connect Las Vegas and Phoenix, the two largest U.S. cities not connected by an interstate.

The ultimate goal is to open a north-south trade route linking Mexico and Canada.

Plans for Arizona’s portion of I-11 are still tentative, as officials are determining where the initial route will run from Phoenix. The possible price tag has yet to be determined, but the Arizona Department of Transportation estimated the cost at between $3.1 billion and $7.6 billion.

The 15-mile portion in Clark County cost $318 million to construct. That process included blasting through the Eldorado Mountains to open up the area for the road’s path toward the Colorado River.

Possible future routes from Clark County to the north that will be evaluated in the tier 1 study include:

— North on U.S. 95 through the Spaghetti Bowl to the northwest end of the valley.

— A new eastern corridor that could include construction of a freeway running from Lake Mead National Recreation Area past Frenchman Mountain, about 8 miles east of Las Vegas, before emerging at I-15 to connect with the 215 Beltway and west to U.S. 95.

— I-11 through northwest Las Vegas by way of U.S. 95 to Tonopah, a designated future I-11 route. NDOT is considering incremental improvements on the stretch, including passing lanes and shoulder widening.

Be sure to have your voice heard during the public meeting period to help the Transportation Department determine the preferred route.