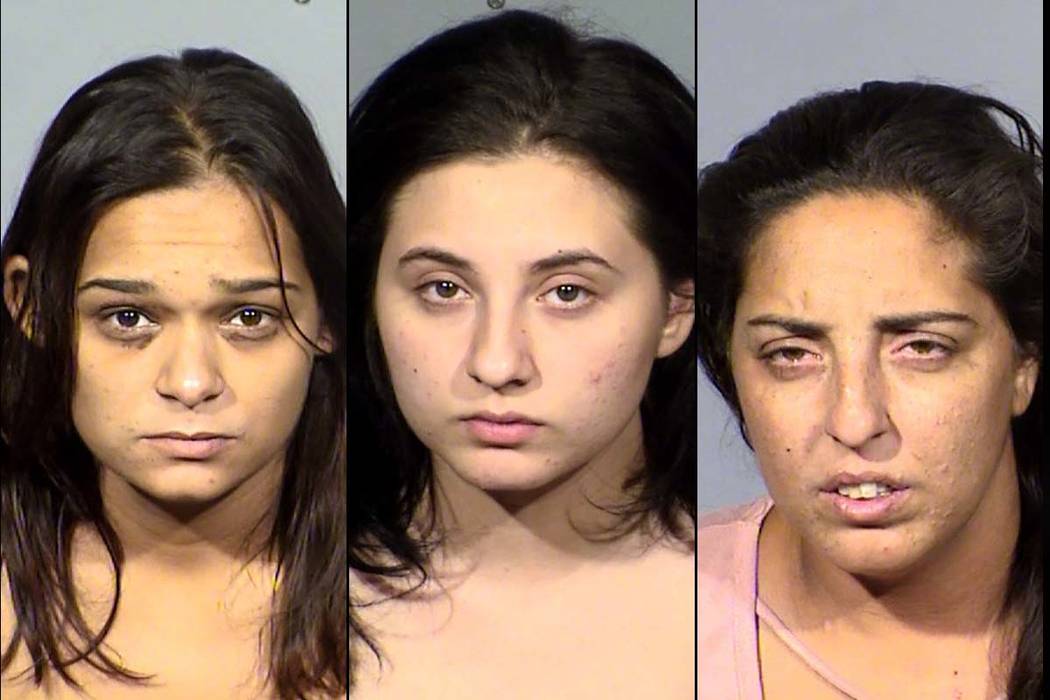 At least 32 people were duped into becoming victims of theft in a scheme that began in December, Las Vegas police said this week.

For the thieves, it was a simple, successful tactic: While driving, they would pull up next to their unsuspecting victims on the road, flag them down and tell them they’d just been involved in a wreck.

More specifically, these thieves claimed the drivers had hit their car.

In reality, no wrecks happened. But in the moment, each of those drivers likely was flooded with stress and worry at the thought of being involved in a crash, police said.

Meanwhile, the thieves — a group of at least three women — approached the victims’ vehicles, then either stole items without the victims realizing or persuaded the victims — mostly “elderly” women — to pay them in exchange for not contacting insurance companies.

Together, they swindled individual victims out of anywhere from $80 to $1,000, according to police reports.

“They were trying to create confusion,” Metropolitan Police Department spokesman Aden Ocampo-Gomez said of the thieves. “These victims were stressed and compelled on fixing the situation.”

It wasn’t until after items were stolen, or after the thieves left, that most victims contacted the police.

In the future, if you find yourself in a similar situation, Ocampo-Gomez recommended immediately calling 311.

“A lot of times, if someone is trying to coerce you, they are not going to stick around if police are on their way,” he said.

It may seem like a no-brainer, he added, but these fake wrecks were extremely minor in nature. Realistically, some people may not have wanted their insurance companies involved, or some may have never been in a wreck before, so they weren’t sure what to do.

“For suspects, it’s about adding that stress to make people make mistakes,” he said.

In connection with this particular scheme, three women were arrested in August: Barbara Miller, 38; Amanda Miller, 19; and Sophia Nicholas, 28.

They face a host of charges, including conspiracy to commit burglary. As of Friday, all three remained at the Clark County Detention Center.

“I’ve even seen some people who leave their keys in their vehicle,” he added.

It’s a routine situation, and sometimes people are in a rush. But Ocampo-Gomez hopes that — perhaps after reading this — more people learn to instinctively press the lock button, just in case.

“Little things like that, we may not remember in the situation,” he said. “We’re hoping that, if people are faced with a similar situation, that they remember and stay safe.”