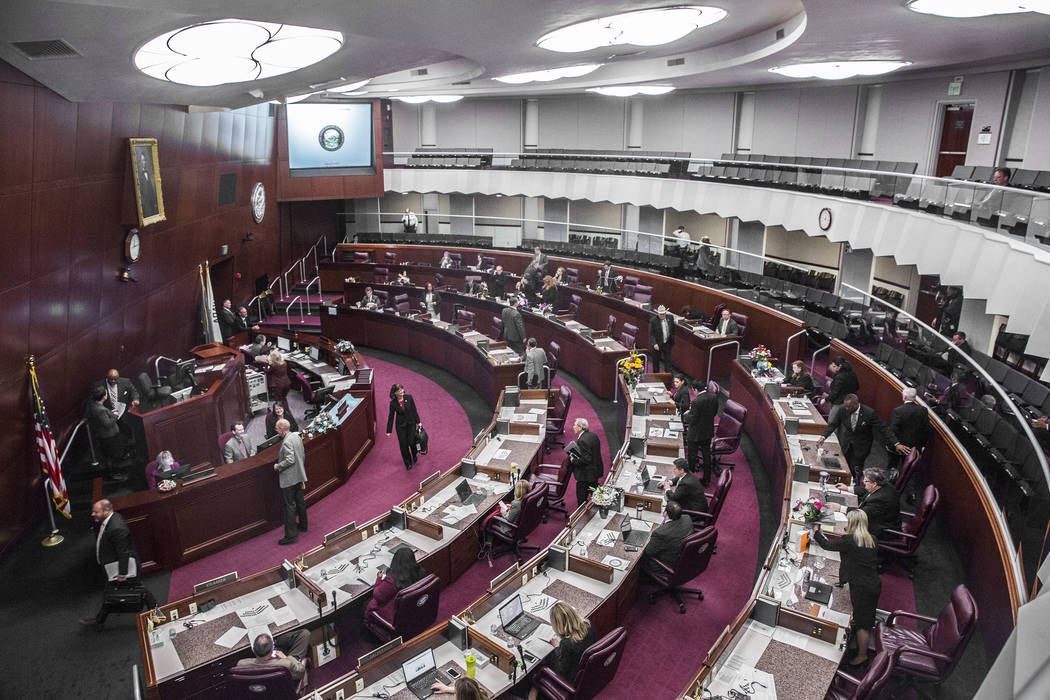 Nearly 300 new laws will go into effect Monday, covering everything from crimes and punishments to education and health care.

Many more will go into effect in October, and even more in January, all passed during the Legislature’s 2019 session that wrapped up in early June.

People convicted of crimes will see some relief starting today. Assembly Bill 192 allows people convicted of possession of an ounce or less of marijuana to ask a court to have their records sealed. And under Assembly Bill 431, an estimated 77,000 people whose felony conviction prevents them from voting will have their voting rights restored. In the future, all felons will be allowed to vote as soon as they are released from prison.

However, you can go to prison for at least two new crimes: Assembly Bill 15 bans filing fake legal documents, a common tactic of the so-called sovereign citizens movement. You can also face incarceration under Assembly Bill 152 for destroying or defacing Native American gravesites, or historic or prehistoric sites.

In addition, the 20-year statute of limitations in sexual assault cases will be eliminated starting Monday in cases where DNA evidence can identify a suspect, under Assembly Bill 142.

Low-income residents may benefit from a pair of bills passed by the Legislature: Senate Bill 103 allows local governments to waive impact fees and building permit fees for developers who construct affordable housing. Another new law, Senate Bill 448, will provide for $10 million in transferable tax credits per year to encourage developers to build more affordable housing.

And Assembly Bill 326 provides for tax credits for businesses that open grocery stores in areas that don’t currently have one, known commonly as “food deserts.”

In addition, Assembly Bill 223 requires the state to seek federal waivers in order to provide some dental care through the state’s Medicaid program for people 21 and older who suffer from diabetes.

People 65 and older will no longer have to live in Nevada for five years in order to apply to get a free pass to visit the state’s parks, under Assembly Bill 59. And people who use medical equipment such as oxygen tanks or motorized wheelchairs won’t pay sales tax for those items under Senate Bill 447, which was enacted after voters approved an exemption on the ballot in 2016 and 2018.

Construction workers building new schools in Nevada will once again receive 100 percent of the prevailing wage for those projects, under Assembly Bill 136. The Republican-controlled Legislature in 2015 reduced the prevailing wage rate for those projects to 90 percent, saying it would make building schools less expensive. Democrats, however, said the lower wage was unfair to workers, and may have led to lower-quality construction.

People who hold a medical marijuana card issued by the state cannot be discriminated against when it comes to adoption or child custody cases, under Assembly Bill 140. That law also prohibits discrimination in those proceedings against anyone who is deaf, blind or physically disabled.

In addition, the list of conditions for which people can seek medical marijuana for treatment has been expanded under Senate Bill 430 to include anxiety, autism, autoimmune disorders and anorexia.

And speaking of discrimination, it will now be easier to remove public officers who engage in malfeasance or employment discrimination: Under Assembly Bill 397, the Nevada Equal Rights Commission can start the process by recommending the removal of any person who it finds has engaged in that sort of conduct.

Also, under Assembly Bill 248, legal settlements with people regarding sexual assault, sex discrimination or retaliation can no longer contain nondisclosure provisions that prevent a person from discussing the case.

Starting Monday, the public will no longer be able to find out how long retired public employees worked in government, the date they retired or the last public agency for which they worked. The names of retirees and the amounts of their pensions, however, will remain public information under Senate Bill 224.

And parents of children who are struggling with reading at the same level of their peers in third grade will have to sign off on holding their children back a year under Assembly Bill 289. A bill passed in 2015 — and set to go into effect this school year — would have required all students who couldn’t read at grade level to be held back, but lawmakers decided instead to provide more intensive instruction to students leading up to third grade.

Finally, starting Monday, county commissions, including the Clark County Commission, are authorized under Assembly Bill 309 to vote to approve a quarter-cent sales tax increase to pay for education, affordable housing, programs to combat homelessness and workforce training. So far, commissioners have been slow to embrace the idea.