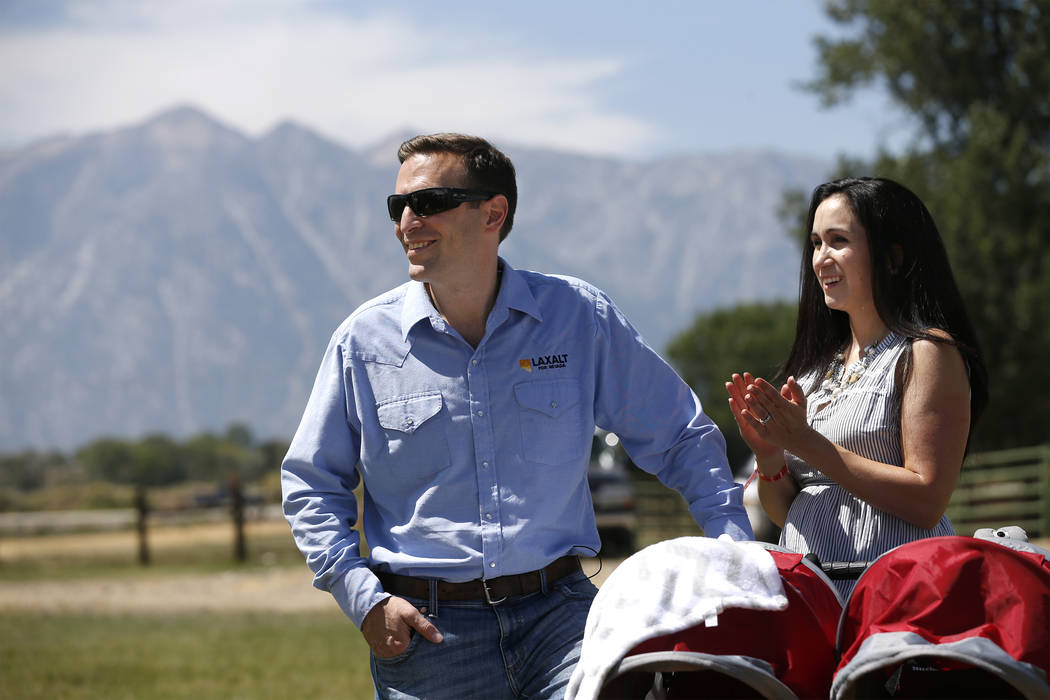 Nevada Attorney General Adam Laxalt and his wife Jaime listen to speakers at the 4th annual Basque Fry in Gardnerville, Nev., on Saturday, Aug. 25, 2018. Hosted by the Morning in Nevada PAC, the event is a fundraiser for conservative candidates and issues and includes traditional Basque dishes like deep-fried lamb testicles.(Cathleen Allison/Las Vegas Review Journal) 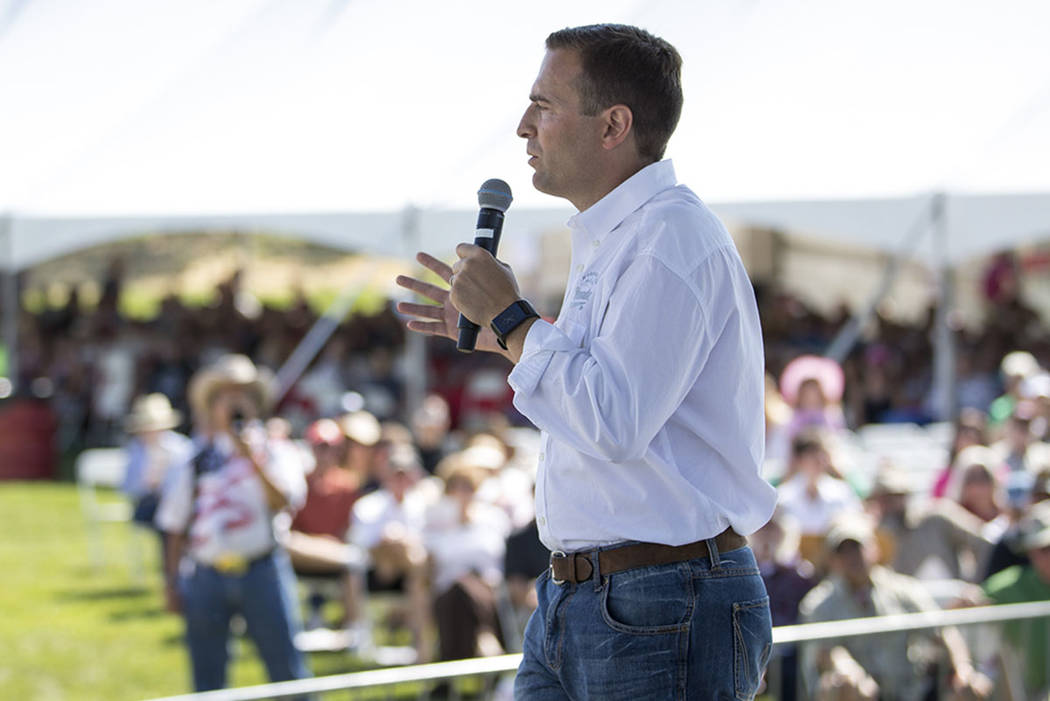 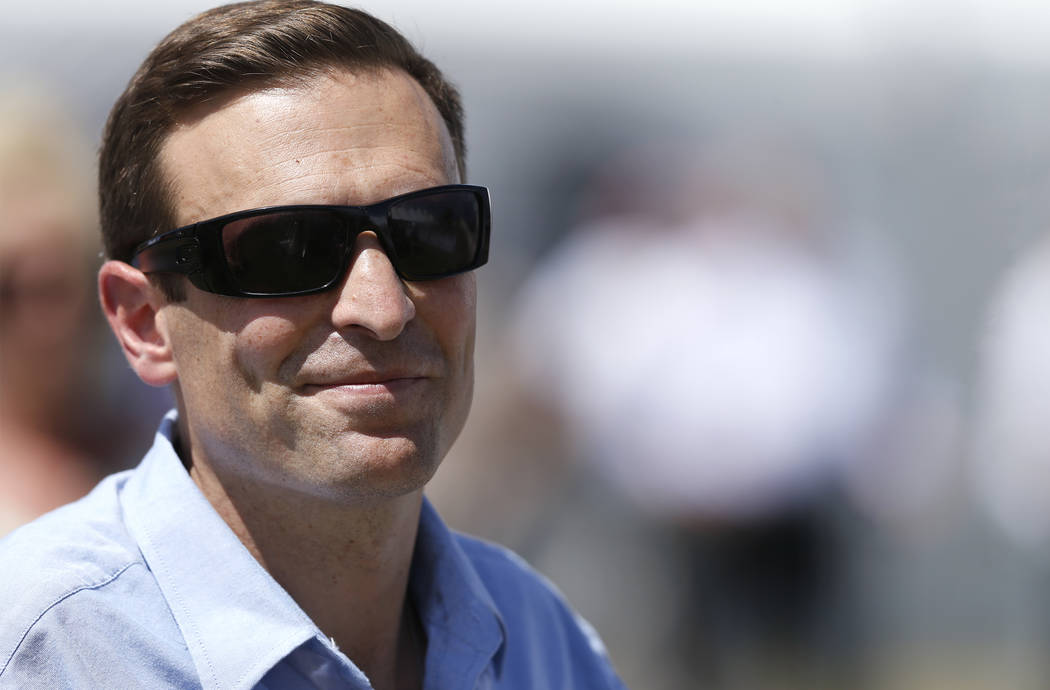 Nevada Attorney General Adam Laxalt listens to speakers at the 4th annual Basque Fry in Gardnerville, Nev., on Saturday, Aug. 25, 2018. Hosted by the Morning in Nevada PAC, the event is a fundraiser for conservative candidates and issues and includes traditional Basque dishes like deep-fried lamb testicles.(Cathleen Allison/Las Vegas Review-Journal) 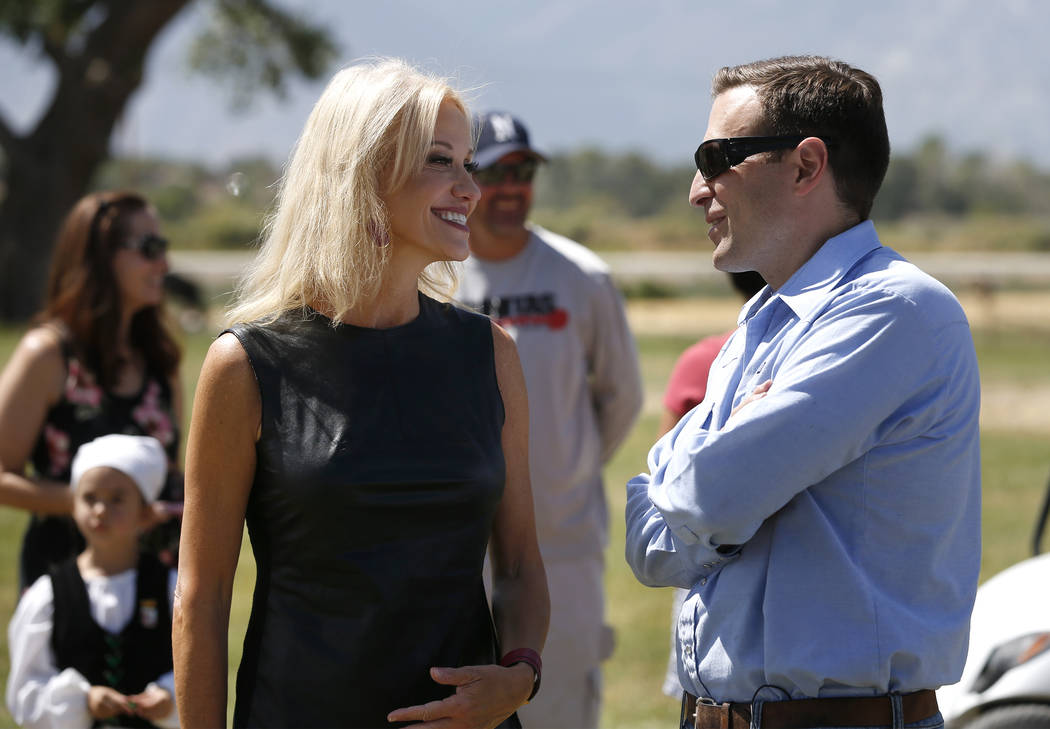 Laxalt’s Morning in Nevada PAC announced Monday it will team up with the American Conservative Union to put on the Conservative Political Action Conference (CPAC) West in September. The ACU hosts the annual four-day CPAC conference in Maryland every year.

CPAC West is scheduled for Sept. 13 in Reno, followed by the annual Basque Fry at the Corley Ranch in Gardnerville on Sept. 14. The Basque Fry features Basque food, live music and conservative speakers. The event was started in 2015, after Laxalt was elected attorney general, and is patterned after the “lamb fry” events his grandfather — former Nevada Sen. and Gov. Paul Laxalt — held in Washington D.C. in his day.

“At this pivotal time in our state’s history, this is a unique opportunity to bring together conservatives and Republicans from across Nevada and the American west to celebrate and renew our commitment to our shared principles and values,” said Laxalt in a statement.

Laxalt ran for governor as the Republican nominee in 2018 but lost to Democratic former Clark County Commissioner Steve Sisolak. Laxalt has been mentioned as a potential candidate for Nevada’s 2nd Congressional District if incumbent Rep. Mark Amodei chooses not to seek re-election.

“Nevada is a crucial state on the national political stage, and we look forward to this chance to help energize and rally conservative activists, not only in Nevada but across the Western United States,” said Matt Schlapp, the chairman of the ACU, in a statement.

Speakers for CPAC West and the Basque Fry haven’t been announced yet, but the Basque Fry has attracted big names in the conservative movement in the past, including Texas Sen. Ted Cruz, Trump 2016 campaign manager Kellyanne Conway, House Minority Leader Rep. Kevin McCarthy, R-Calif., and Americans for Tax Reform President Grover Norquist.