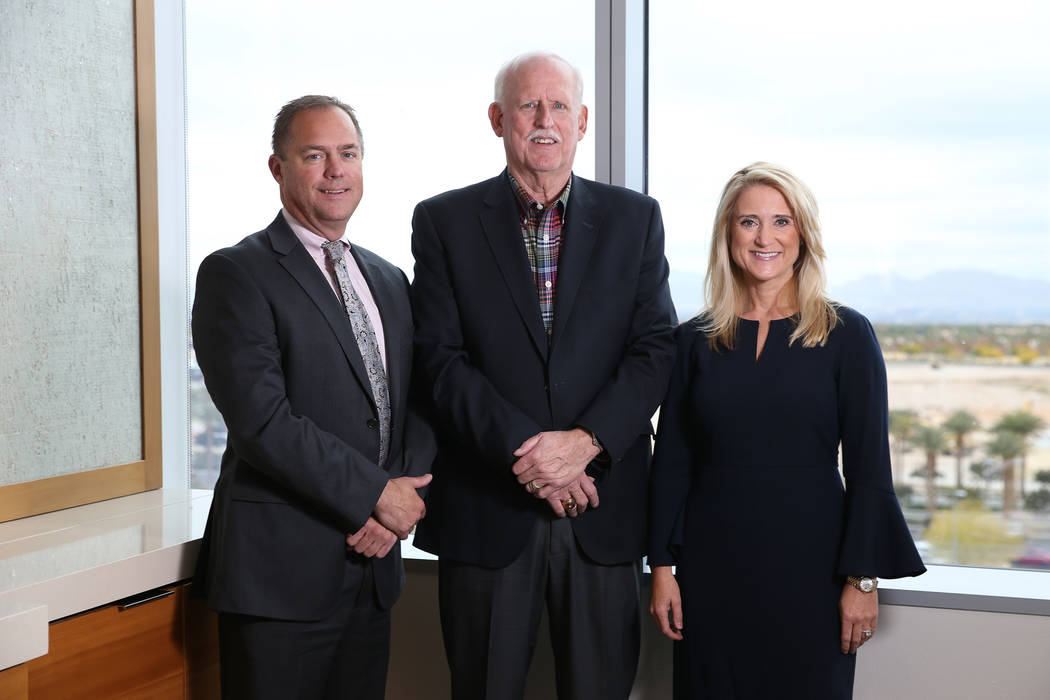 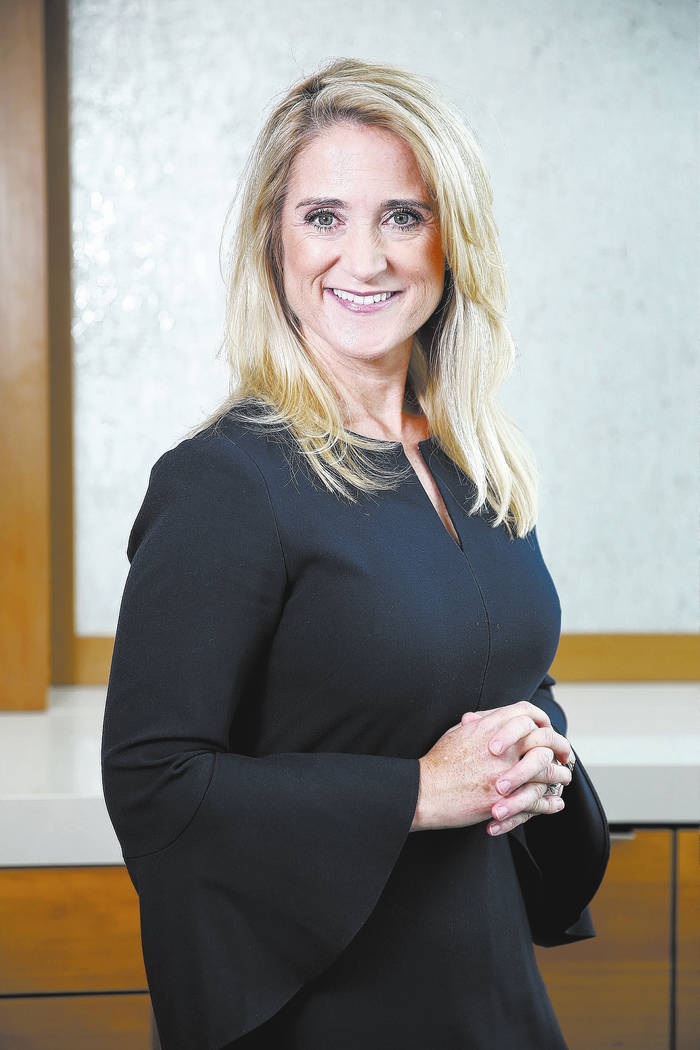 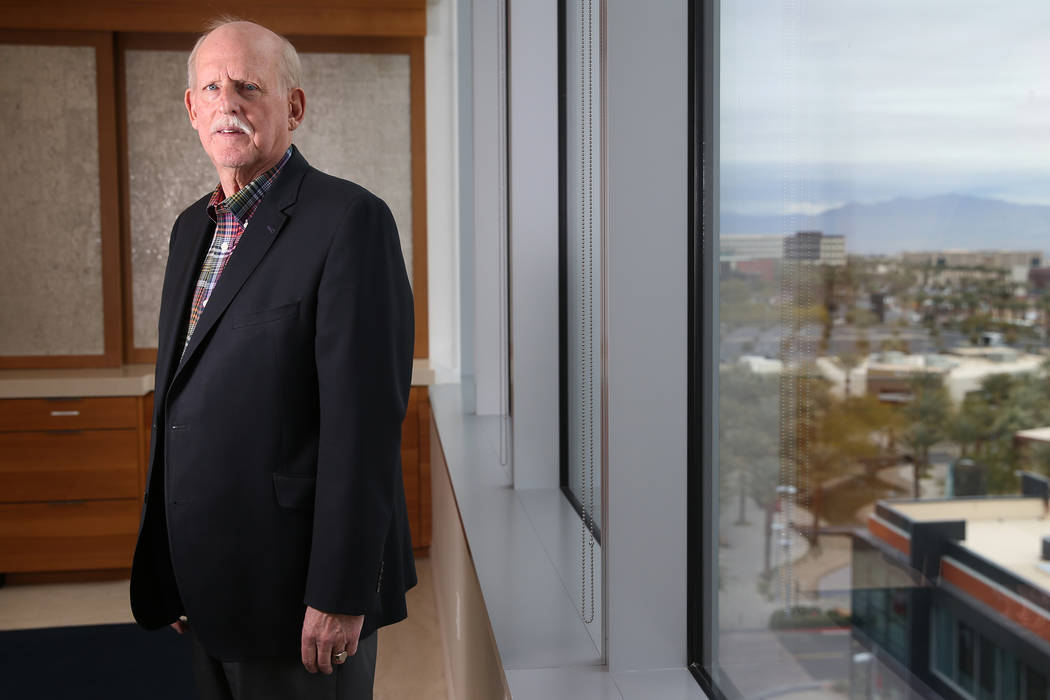 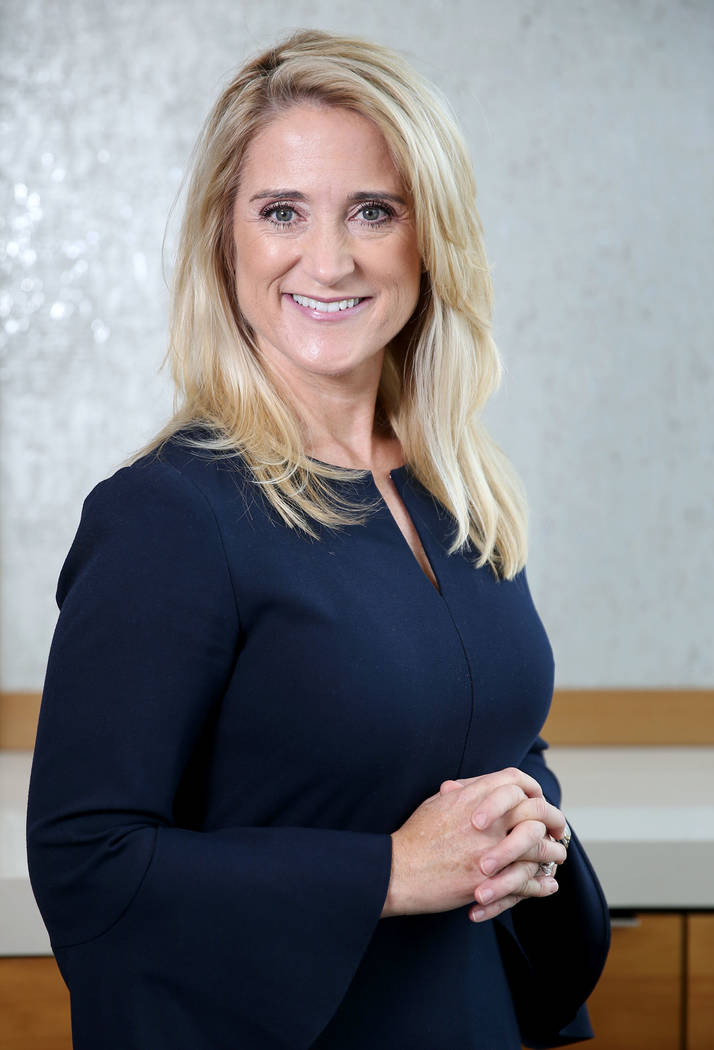 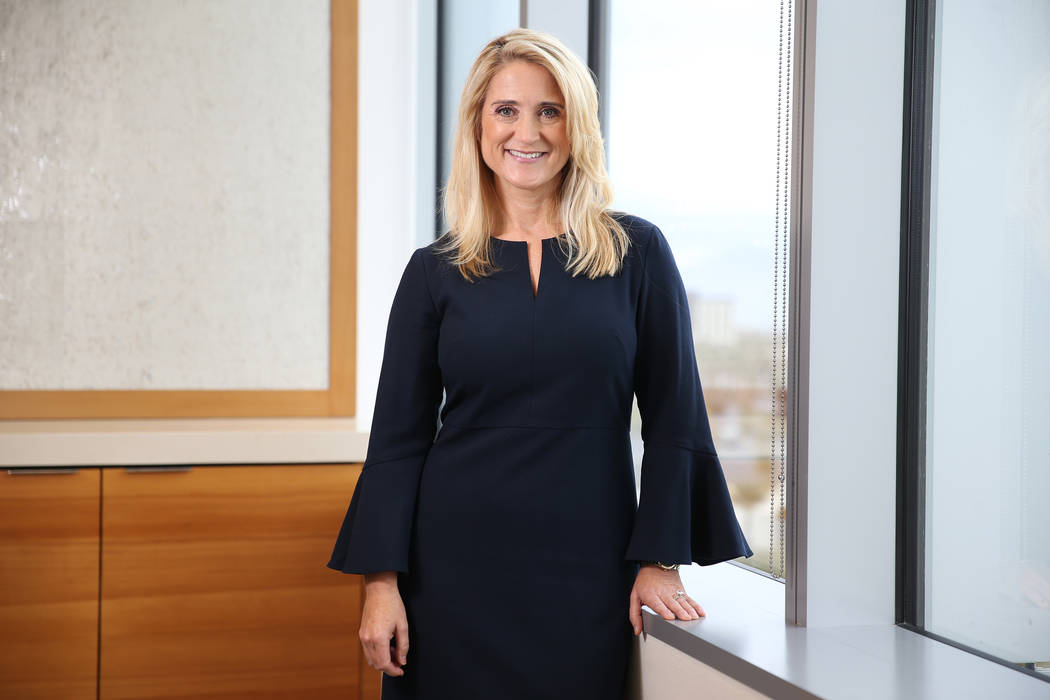 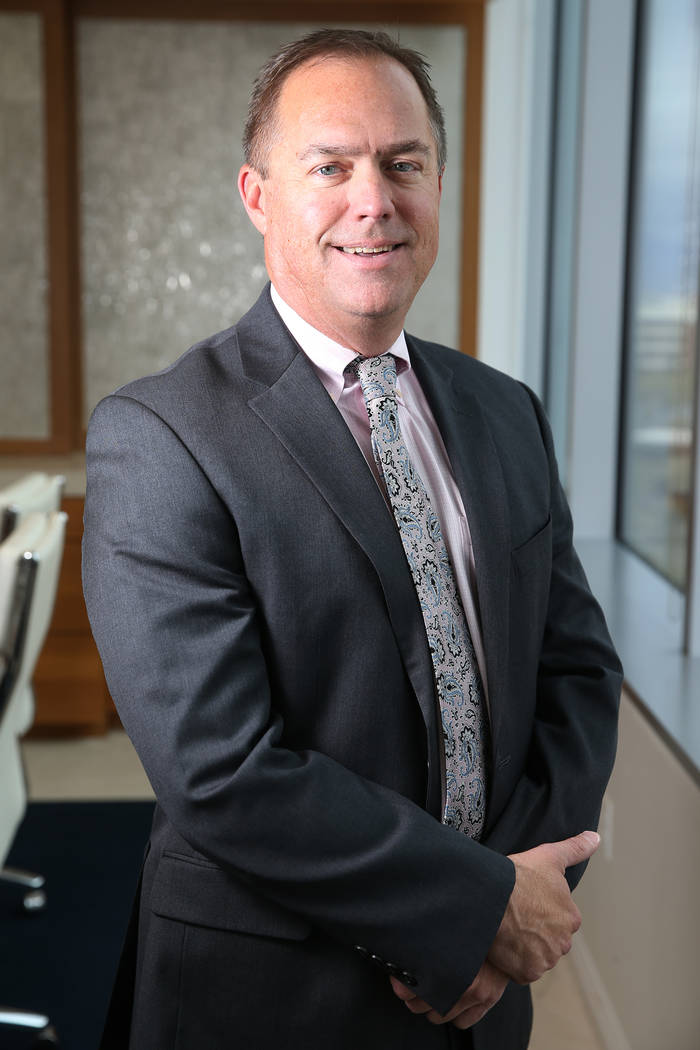 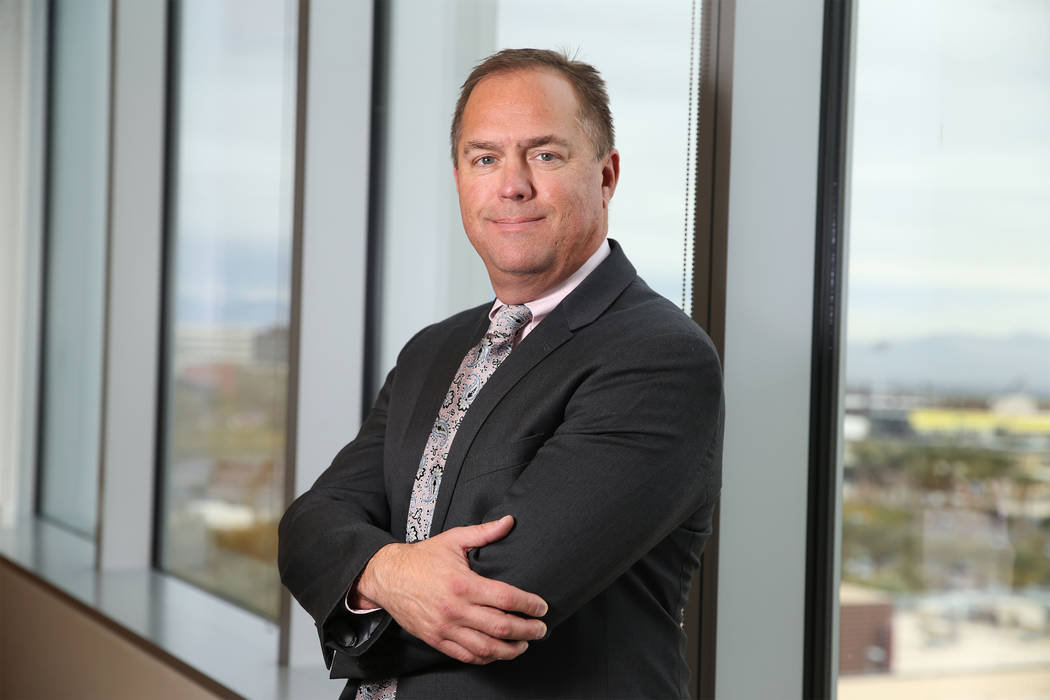 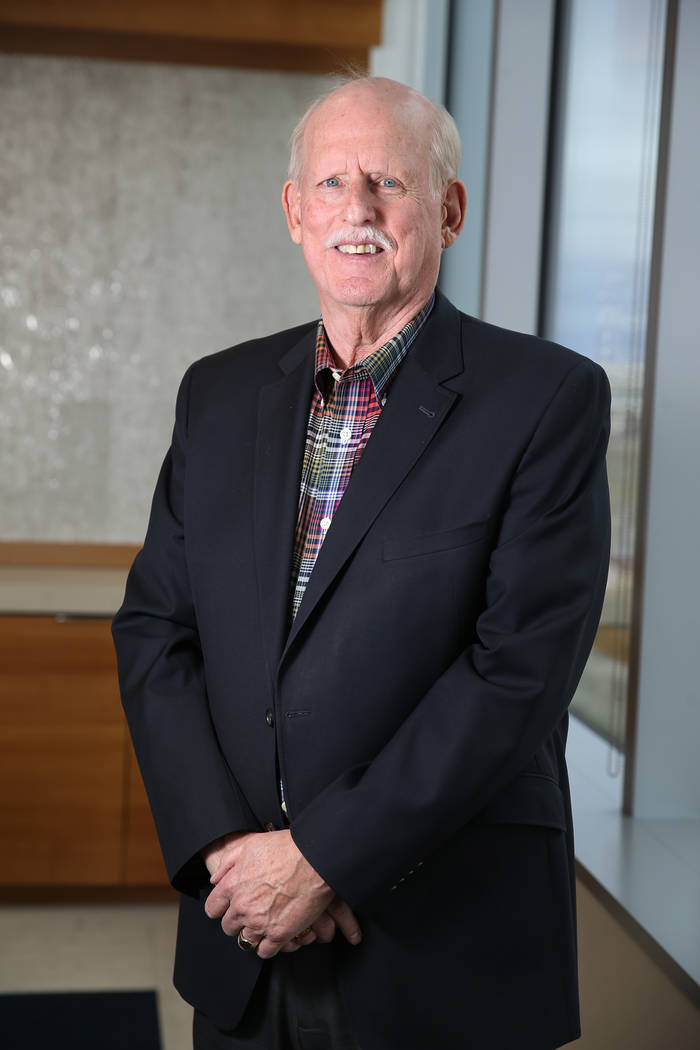 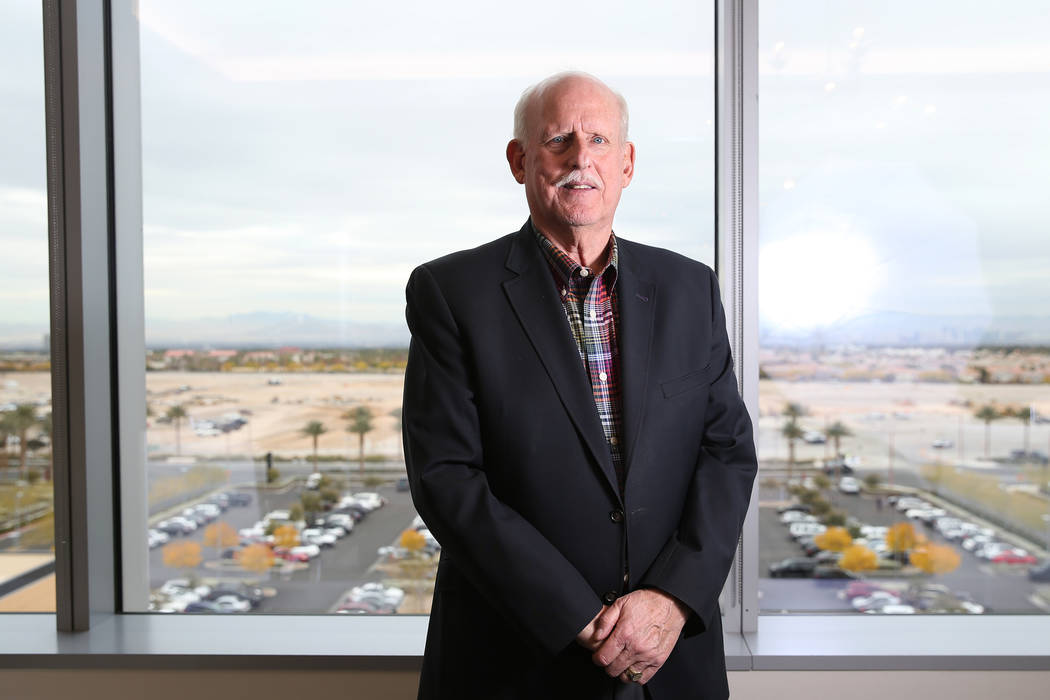 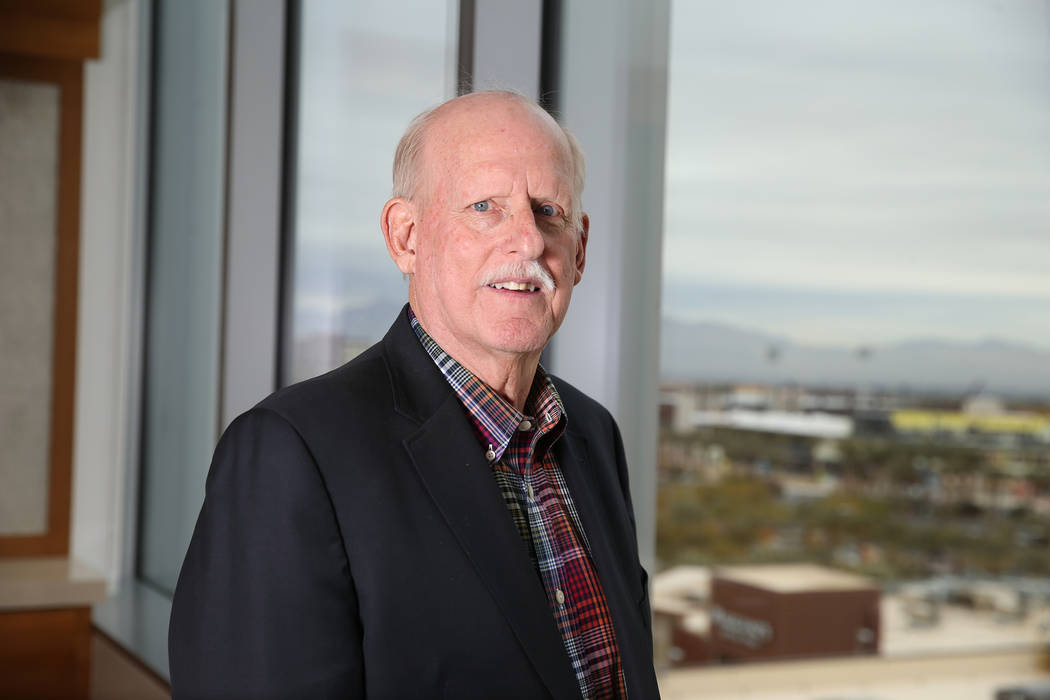 Before a single shovel hits dirt or a crane pierces the sky, lobbyists are greasing the wheels for developers to construct Southern Nevada’s major resorts and master-planned communities.

Perhaps none wield as much influence with local officials as the attorneys at the Kaempfer Crowell law firm. With clients including Summerlin developer Howard Hughes Corp. and the Madison Square Garden Company, the firm’s lawyers appear regularly before the Clark County Commission and Las Vegas City Council to negotiate projects with price tags stretching into the hundreds of millions.

“If it has anything to do with government, we do it,” said senior partner and lobbying director Chris Kaempfer, 69. “Are we successful up there 90 percent of the time or more? Yes.”

It’s common to spot Kaempfer and his employees at county commission and city council meetings, but a Review-Journal analysis of lobbying disclosure reports shows how dominant the firm is.

Over the last 18 months, Kaempfer Crowell recorded more than half of the about 800 lobbying communications with Clark County commissioners and over 300 of about 780 such meetings with city council members and their staff.

County Commissioner Susan Brager, who had more than 200 communications with the firm, said she meets with Kaempfer Crowell attorneys because they find solutions that ease tensions when a proposed development agitates residents.

“If something doesn’t fit they tell their client it won’t happen. If something will fit but they need to work on it, they will get in touch with the neighbors,” she said.

A variety of clients

Expert in land use law, the firm has won approval for master-planned communities including Southern Highlands, Mountain’s Edge and Rhodes Ranch. In recent months, their services have been employed by deep-pocketed development companies like KB Home, Lennar Corp. and D.R. Horton.

Representing the region’s largest homebuilders appears to have proven lucrative. The firm occupies a 15,500-square-foot, sixth-floor office suite in Downtown Summerlin. Tall windows lining the building’s east side offer a view of the Las Vegas Strip skyline. Closer, one can see the steel skeleton of what will soon become the Las Vegas Ballpark, the future home of the minor league baseball team that Kaempfer represents and has twice co-owned.

“They are the Boy Scouts of lobbying,” said Las Vegas City Councilwoman Michele Fiore, who has about 100 recorded communications with the firm. “Even if we’re booked, we make time because they come and tell the truth.”

Another high-powered Las Vegas lobbyist, Jay Brown, said the key to Kaempfer’s success is the decades he has spent building trust with elected officials.

“I would say his firm is the gold standard for lobbying,” Brown said. “Their reputation is everything. Winning isn’t everything.”

‘A seat at the table’

Kaempfer Crowell and many of its clients have helped finance the political campaigns of the elected leaders who approve their projects.

Since 2015, the firm has donated some $150,000 to county commission and city council candidates and members of those bodies who are seeking other offices. Companies that have used the firm donated more than $1 million to the same candidates during election cycles since 2015.

National Institute on Money in Politics research director Peter Quist said making donations has long been a tactic of those seeking to gain access to elected officials.

“What they’re trying to get is a seat at the table,” Quist said.

So is it a problem that one law firm is so prevalent local lobbying? Not necessarily, said UNLV public policy professor Lee Bernick.

That’s because county commissioners and city council members are typically much more accessible to the public than state or federal representatives, Bernick said.

“People feel they have a chance to express their views with their local board members all the time,” he said. “It’s only problematic if the commissioners are only hearing one perspective or one side.”

Kaempfer Crowell could be facing its most difficult challenges now.

The firm is guiding Gypsum Resources’ ongoing proposal to build thousands of homes on a hill bordering Red Rock Canyon. Despite the proposed project being downsized by thousands of homes, hundreds of people have flooded county commission meetings to protest the development.

In the city of Las Vegas, Kaempfer Crowell represents developer EHB Cos.’s proposal to convert the defunct Badlands golf course into homes. The issue has sown bitter disagreement among the city council, angered nearby residents and is the subject of multiple ongoing lawsuits.

But amid the chaos, Kaempfer remains in high regard even to city Councilman Steve Seroka, a staunch opponent of the developing the course.

“While I disagree with their position on Badlands, we have been able to work together on other issues successfully,” Seroka said. “I call that professionalism.”

And although his work sometimes leaves him maligned in the court of public opinion, Kaempfer said he’s proud to represent developers. He sometimes finds himself repeating the words of a former member of both the Clark County Commission and Las Vegas City Council.

“Paul Christensen used to say you either grow or you die. There’s no in-between,” he said. “I’m an advocate for development, and that’s what I do.”