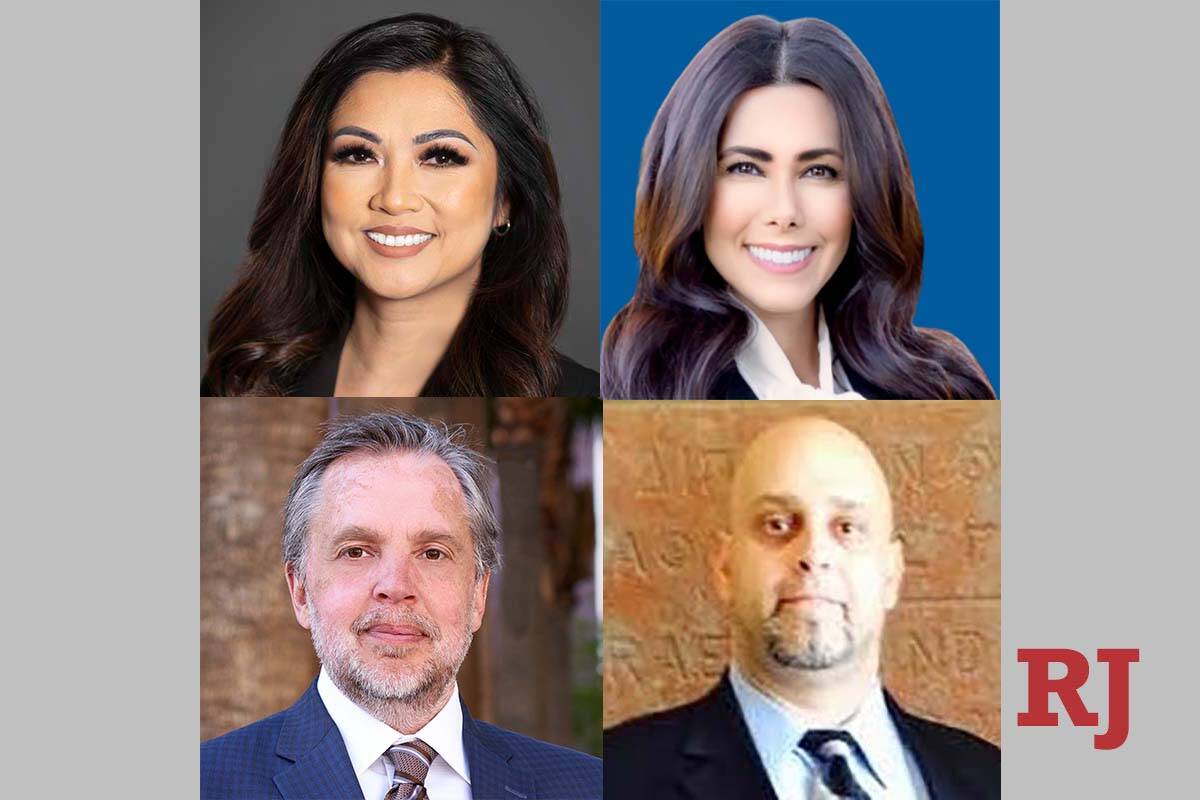 Botelho, 42, graduated from Boyd Law School in 2008 and joined the district attorney’s office the same year. For more than six years, she was on a team of prosecutors focused on crimes involving firearms, but now handles general criminal litigation.

Botelho said she’s been concerned with judges in recent years releasing defendants charged with violent crimes on their own recognizance or to house arrest and electronic monitoring.

“At some point I think the community needs a judge who is going to take their interest and their safety into better consideration, and that’s me,” she said.

Botelho said that her role as a prosecutor in hundreds of preliminary hearings and court appearances makes her the most experienced candidate for the department.

As a prosecutor, Botelho said she’s “not afraid to do the right thing,” and would take a similar approach to the judicial seat.

As a judge, Romeo said he would focus on being predictable. Judges who don’t follow the rules of procedure “create an uncertainty” that Romeo said is harmful to the judicial system.

“If you don’t enforce the rules equally and efficiently, then what happens is the people can’t depend on them,” Romeo said. “And you get a distrust in the judicial system because the rules are different every time someone enters it.”

Romeo, 50, graduated from Loyola Law School in Los Angeles in 2004. He worked at private law firms in California and moved to Las Vegas full-time in 2010. He currently runs his own practice, focusing on business and civil litigation, especially within the construction industry.

Romeo said that analyzing different issues within civil law has given him a variety of experiences that qualify him to be a judge.

If elected, Romeo said he would strive to run an efficient and fair courtroom.

“Compared to a legislative politician, I think in some respects the most thing a judge can hope to do is be a good judge,” he said.

Wood, 33, said she is running for Department 16 because she believes the judicial system needs people with a “diversity of perspectives and a diversity of backgrounds.”

“I’m the only candidate in my race who has experience as both a public defender and an advocate for victims of crime,” she said.

Wood graduated from Georgetown University Law Center in 2011 and began working at the public defender’s office the same year. Wood also volunteers with the Legal Aide of Southern Nevada’s Children’s Attorney Project, where she represents children pro-bono in court proceedings.

As a public defender, Wood said she has represented average people who are more likely to come into contact with the Justice Court, as opposed to large cases involving business litigation. Wood also said she thinks it’s important for judges to show “judicial restraint.”

“I don’t think it’s the job of the judges to be writing the law,” she said. “I believe strongly in the separation of powers — the Legislature writes the law, the judges are supposed to apply the law to the facts of the case before them.”

Zarcone, 48, is a private attorney focusing on commercial litigation and insurance defense. He graduated from Western Michigan University Cooley Law School in 2001 and received a master of laws degree from the University of San Diego School of Law in 2002.

For about six years, Zarcone has worked as a judge pro tempore for the Las Vegas Justice Court, presiding over criminal and civil cases, he said. Zarcone also said he is a “firm believer” in following precedent and case law while serving as a judge.

“Some judges have kind of taken a different approach, and made their own interpretations of law instead of following the law as it is written,” he said. “One of the primary reasons I wanted to be a judge is to bring some sense of consistency with the judiciary.”

Zarcone said that spending nearly 20 years as a civil lawyer, plus overseeing criminal cases as a judge pro tempore, makes him the most qualified candidate in the race.

“I just believe that my experience lends to a more well-rounded person, and I don’t have to go through that learning process of trying to learn civil litigation or civil law,” he said.