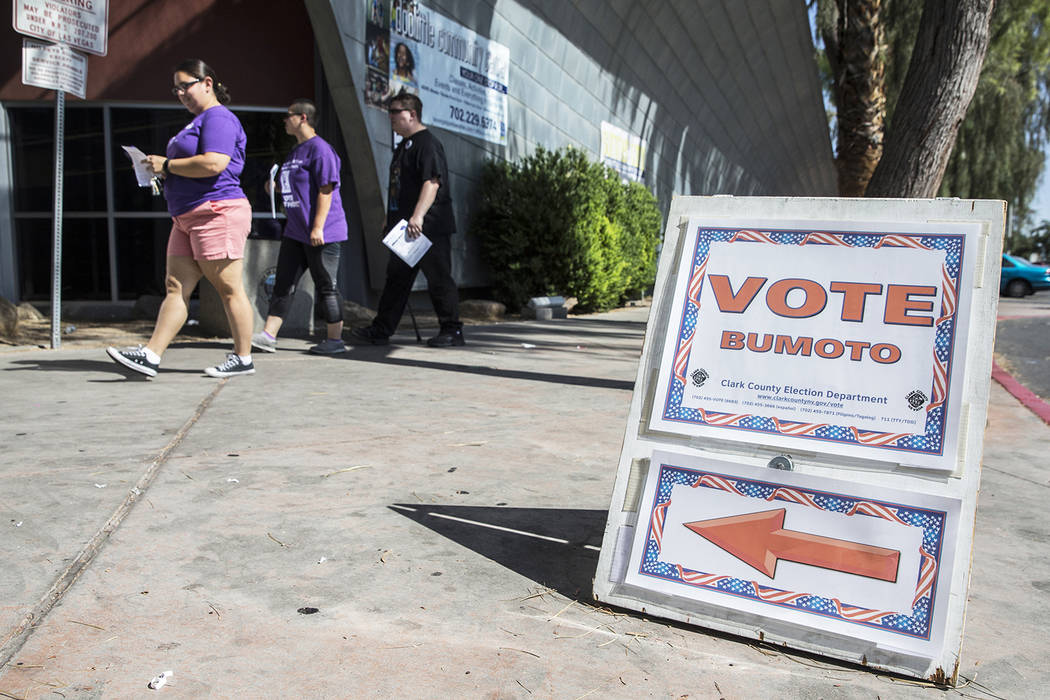 The city councils in Las Vegas and North Las Vegas on Wednesday each approved an agreement with the Clark County election department that would allow voters in municipal elections to cast ballots at vote centers, regardless of jurisdiction.

The change will cost North Las Vegas less than $2,000 per election cycle.

The move is aimed at bolstering voter turnout in Las Vegas, North Las Vegas, Henderson and Boulder City. All regularly report low turnout during municipal elections held in the spring of odd-numbered years.

If all four cities approve the agreement, then cross-jurisdictional voting could be rolled out in time for 2019 races, county officials said.