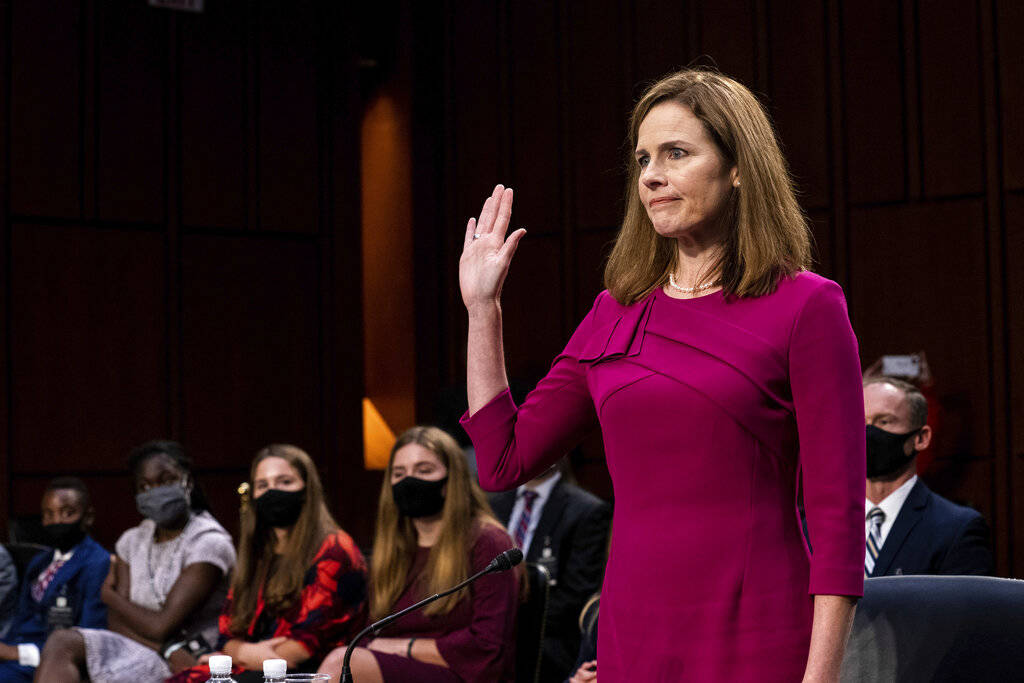 WASHINGTON — Supreme Court nominee Amy Coney Barrett will face another hurdle this week before a final confirmation vote that could place her in the seat once held by the late Justice Ruth Bader Ginsburg.

That confirmation vote is expected to be divided along party lines, with just two Republicans opposing a vote to fill the seat before the Nov. 3 presidential election.

Barrett, 48, a judge on the 7th Circuit Court of Appeals and a Notre Dame law professor, glided through a four-day confirmation hearing last week during which Democrats grilled her on her judicial philosophy and temperament but failed to prompt disclosure that would derail the nomination.

Democrats have protested about the process, calling it rushed and out of the norm to consider a Supreme Court nominee during an election in which people have already begun to vote.

But those concerns were brushed aside by GOP leaders, who have scheduled a Thursday vote for the Senate Judiciary Committee to send its recommendation on the nomination to the full Senate.

“She’ll come out of committee next Thursday … and we’ll go to the floor with her on Friday the 23rd and stay on it until we finish,” Senate Majority Leader Mitch McConnell told reporters in Kentucky.

McConnell also left no doubt about the outcome.

“We have the votes,” McConnell said.

Republicans hold a slim 53-47 majority in the Senate. Two Republicans, Lisa Murkowski of Alaska and Susan Collins of Maine, said they would not vote on a nominee until after the election.

Collins is up for re-election and is battling a stiff Democratic challenge from Sara Gideon. Gideon’s bid is funded by women’s and liberal groups still smarting from Collins’ vote that placed Justice Brett Kavanaugh on the Supreme Court. But she’s also upset Trump by announcing her decision not to vote on the Barrett confirmation before the Nov. 3 election.

The president issued a tweet about “a nasty rumor” that Collins “will not be supporting our great United States Court Nominee” and implied that trying to persuade Collins to support the confirmation vote is not “worth the work.”

Democrats were resigned to the fact that because they are in the Senate minority, they had no way to stop the nomination from advancing.

Sen. Dick Durbin, D-Ill., called the hearing a fair process but said senators should not have been forced to gather during a pandemic that has killed more than 200,000 people and while two of the committee members, Republicans Mike Lee of Utah and Thom Tillis of North Carolina, were infected with the coronavirus.

Durbin said it was obvious why Republicans were in a hurry.

“The Republicans are determined to make certain that the new Supreme Court justice is on the court in time for an oral argument in 10 days, seven days, after the election on Nov. 10, and they believe that she will vote with them to eliminate the Affordable Care Act,” Durbin told reporters.

Barrett wrote a paper critical of a 2012 ruling written by Chief Justice John Roberts that upheld the Affordable Care Act as constitutional.

During the hearing, Barrett said significant legislative and legal changes have been made, and she refused to indicate how she would rule on the legal challenge brought by Texas and other states.

If confirmed, Barrett would cement a solid conservative majority on the court and create a new cluster of justices to the right of Roberts, who joined the liberal wing of the court on some rulings, including the health care law.

Republicans claim that the Affordable Care Act raised the costs of private insurance plans, caused some people to lose their choice of doctor and unfairly distributed federal funds to more populous states. The GOP has tried dozens of times to repeal the law in Congress, unsuccessfully.

“My Democratic colleagues didn’t want to make it about her,” Sen. John Cornyn, R-Texas, said on Fox News. “They wanted to talk about a hypothetical case that she might sit on in the future and focus their fire on President Trump.”

Some Republicans were grateful that the nomination gave them an issue that could help with their base voters at a time when Democrats have focused on the pandemic and the Trump administration’s handling of the outbreak and spikes of COVID-19.

But the pandemic was on full display during the televised hearing, with senators and Barrett donning masks and the cavernous Hart Office Building room reconfigured to meet guidelines set by the Centers for Disease Control and Prevention.

Both lawmakers who had been infected with COVID-19, Lee and Tillis, took part in the proceedings in person and plan to vote in person when the Senate takes up the confirmation during the week of Oct. 26. 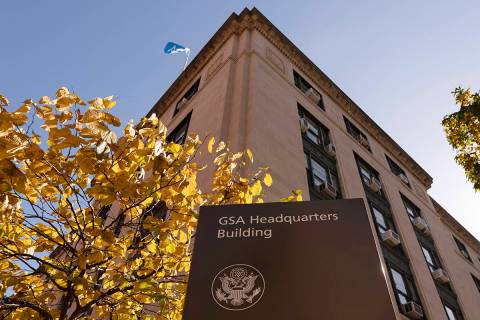 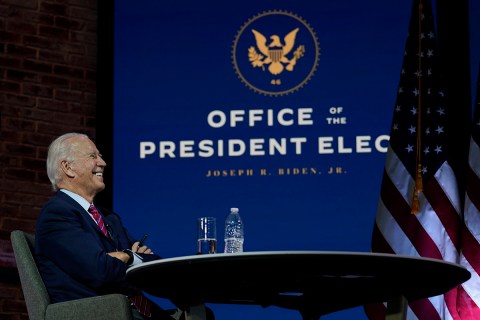 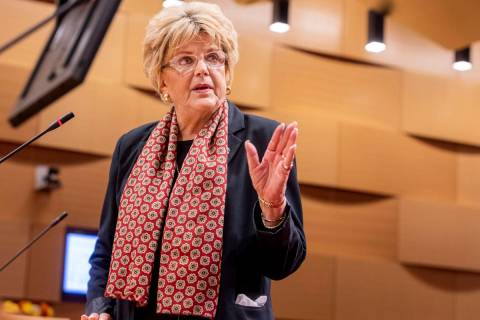