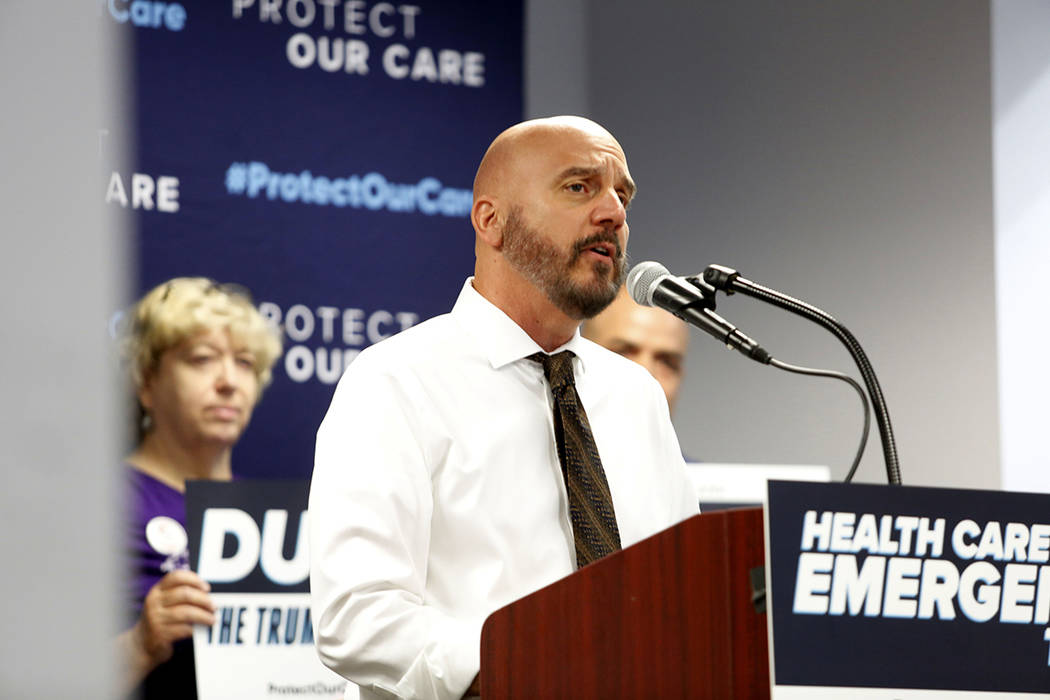 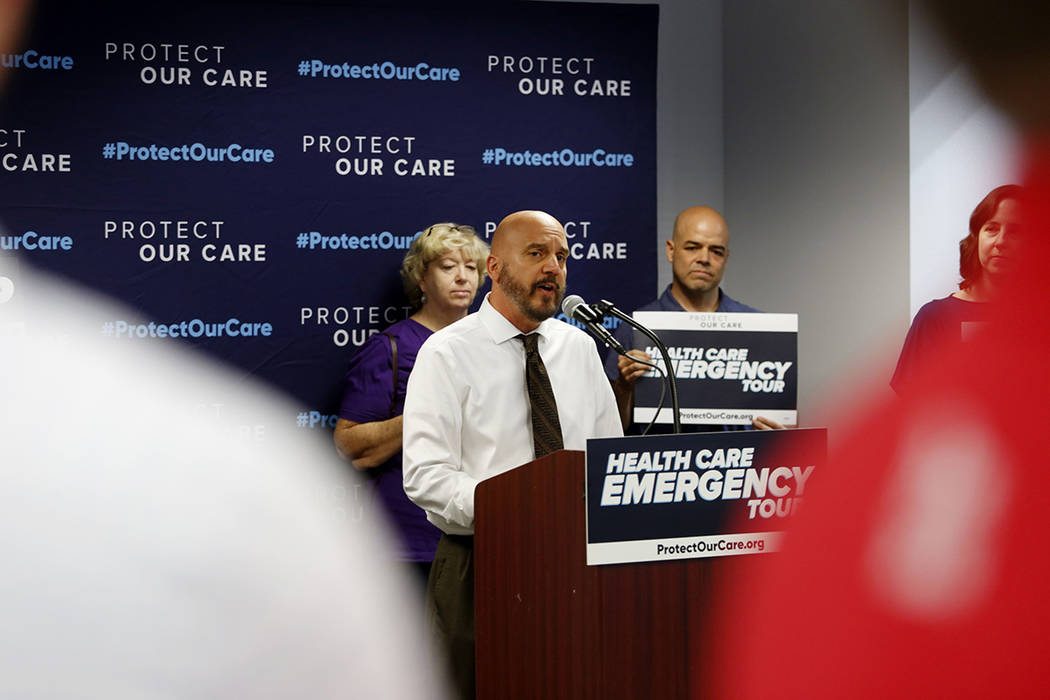 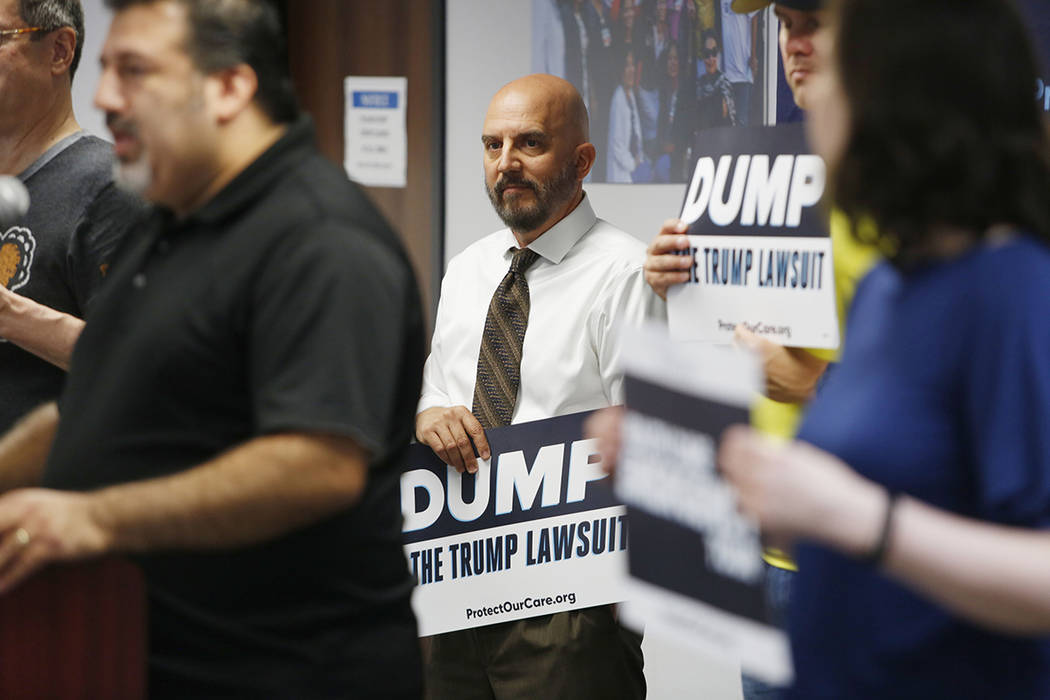 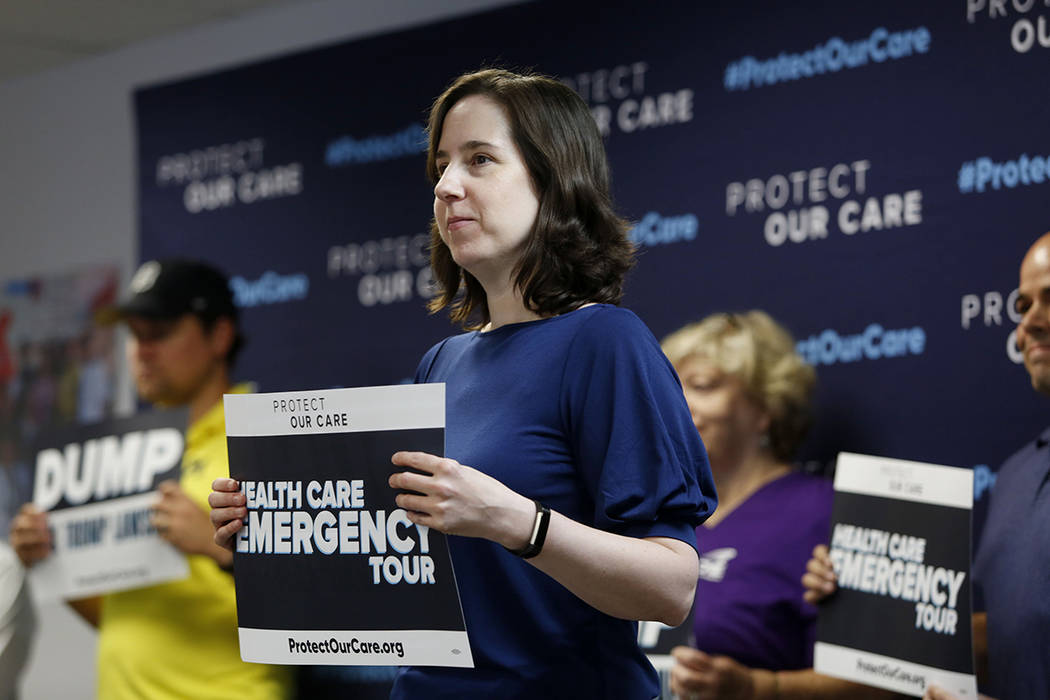 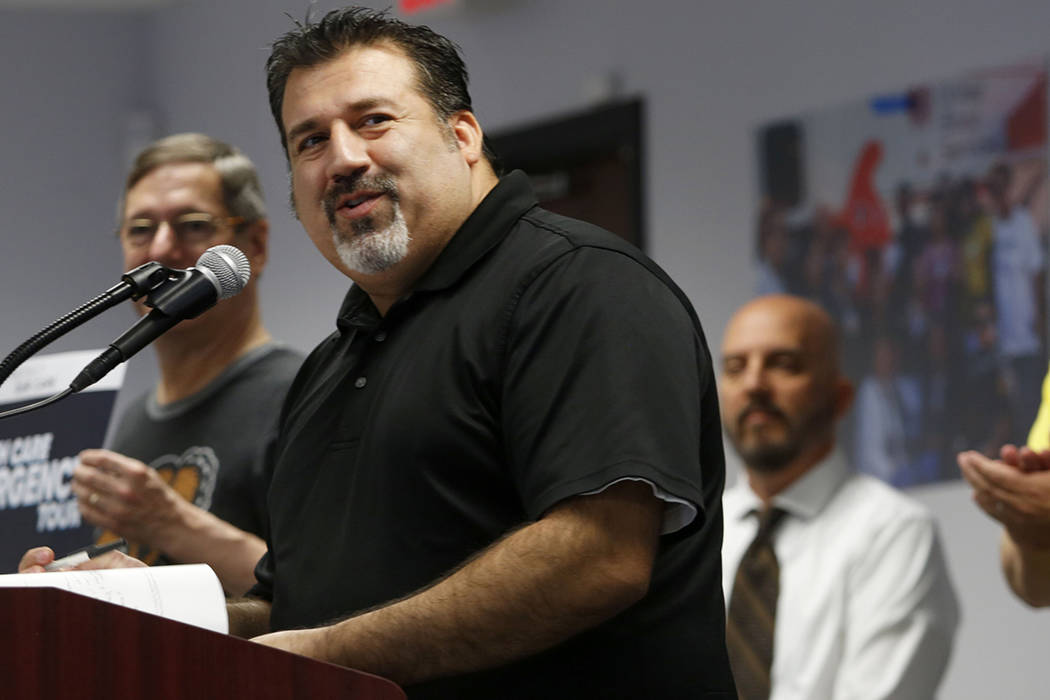 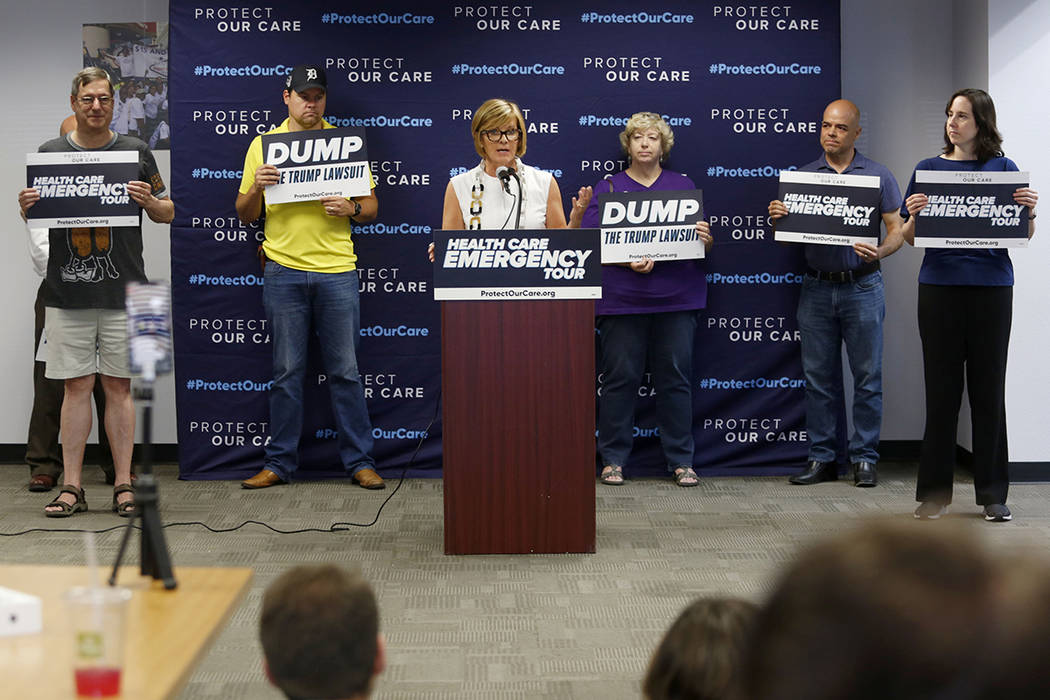 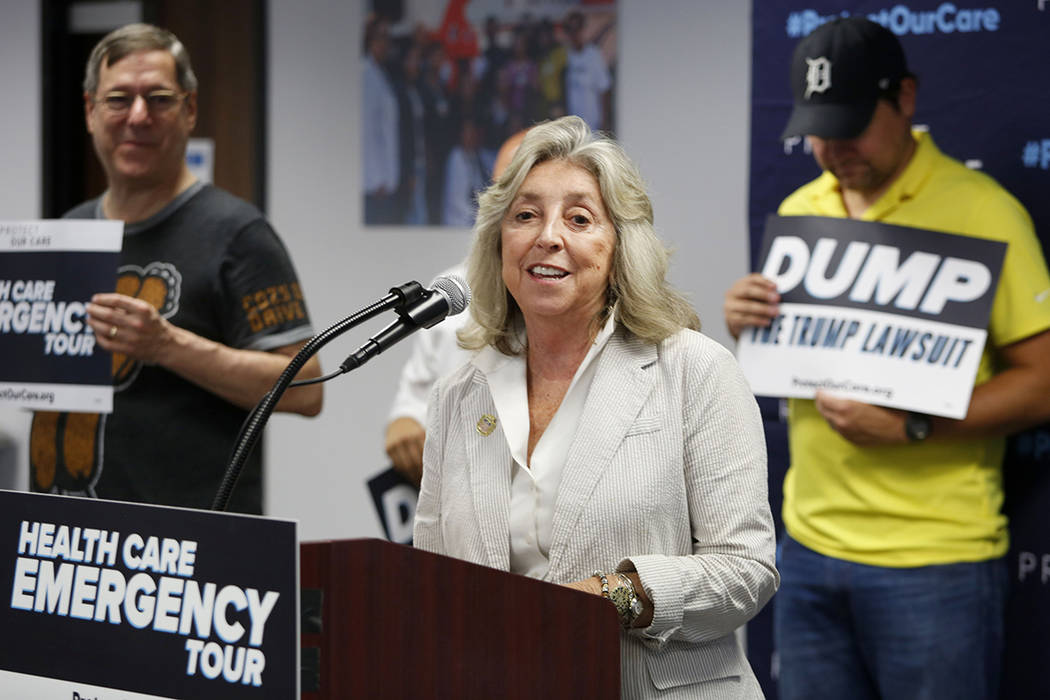 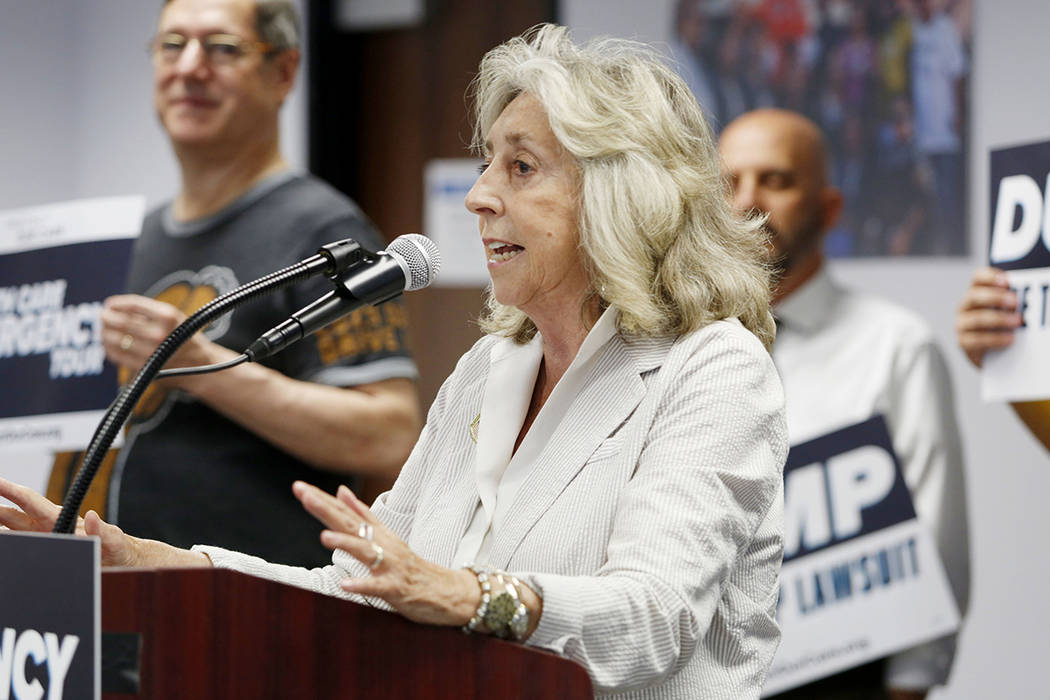 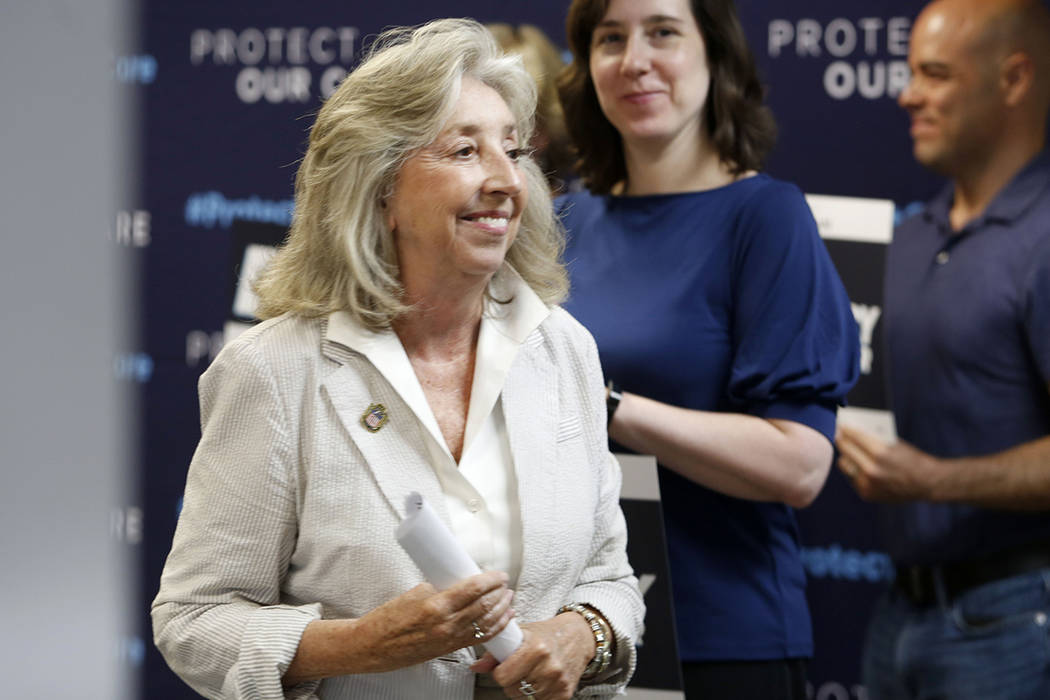 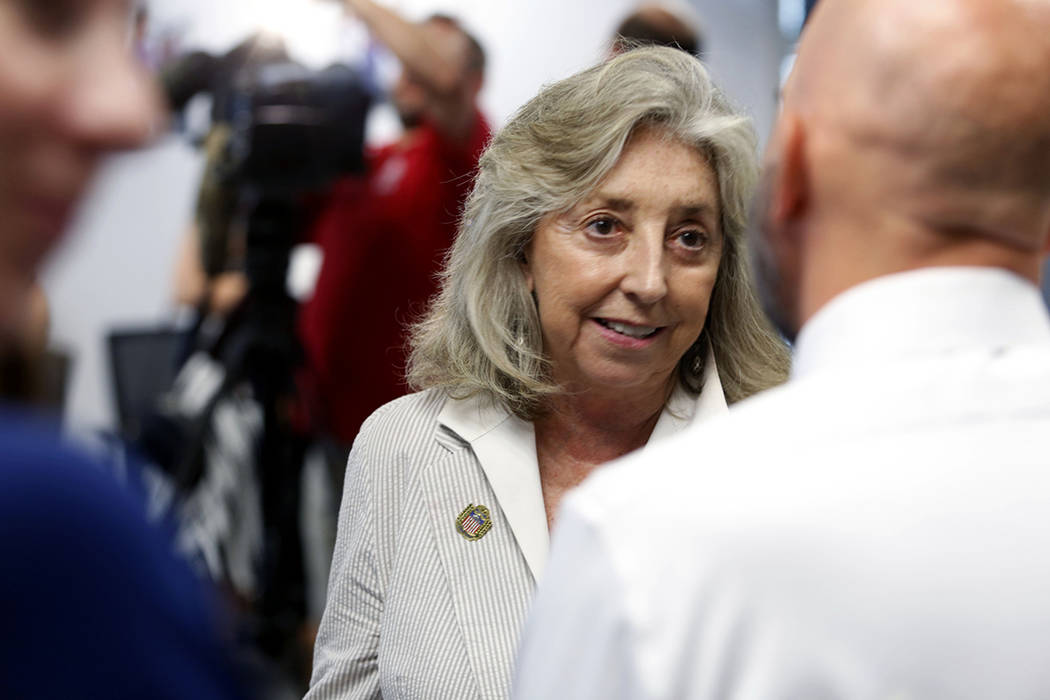 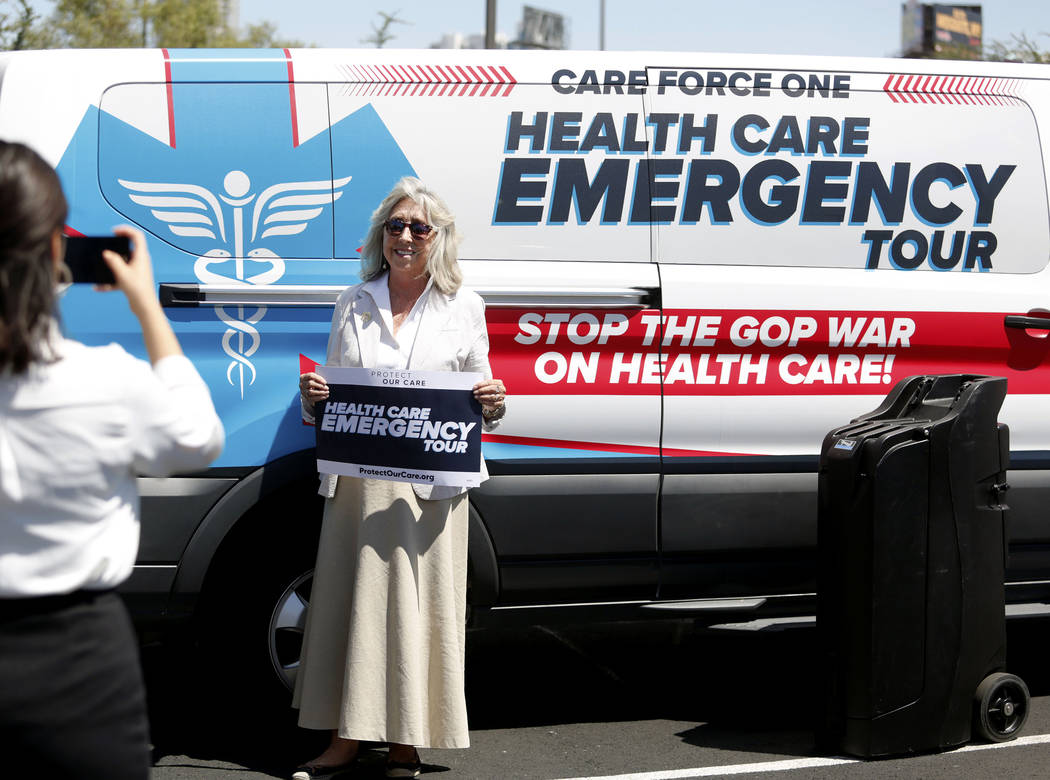 U.S. Rep. Dina Titus, D-Nev., takes a photo in front of the Protect Our Care's nationwide bus during the tour kick off at the SEIU Nevada Local 1107 office, Monday, Aug. 5, 2019, in Las Vegas. Nevada is the first stop on the tour of over 5,800 miles across the country, with 22 events in 13 states. (Elizabeth Page Brumley/Las Vegas Review-Journal)

Democrats launched a 13-state, 22-stop bus tour Monday in Las Vegas to highlight a federal lawsuit aiming to throw out what remains of the Affordable Care Act passed under President Barack Obama.

The tour is intended to “call out Republicans for the health-care emergency they are creating,” Andres Ramirez, the Nevada director for organizer Protect Our Care, said at a news conference.

“Dismantling the Affordable Care Act is not going to help health care, it’s going to make things worse” by putting at risk the health care of Nevadans with pre-existing conditions, Lee said.

Some supporters at the event held signs that said ‘Dump the Trump lawsuit,” referring to the federal lawsuit filed by several states that could result in the ACA being found unconstitutional. Republicans have said that they would restore protections such as those related to pre-existing conditions.

Speaking at the news conference, Las Vegan Joe Merlino said that the ACA “saved his life” after he was diagnosed with cancer of the larynx, lost his job and lost his medical insurance.

“I never had to worry about how much it cost,” he said about medical care that included four surgeries in five months. “I call that care without worry.”

The news conference was held at the offices of the Service Employees International Union on Rancho Drive. The tour’s next stop is Phoenix.