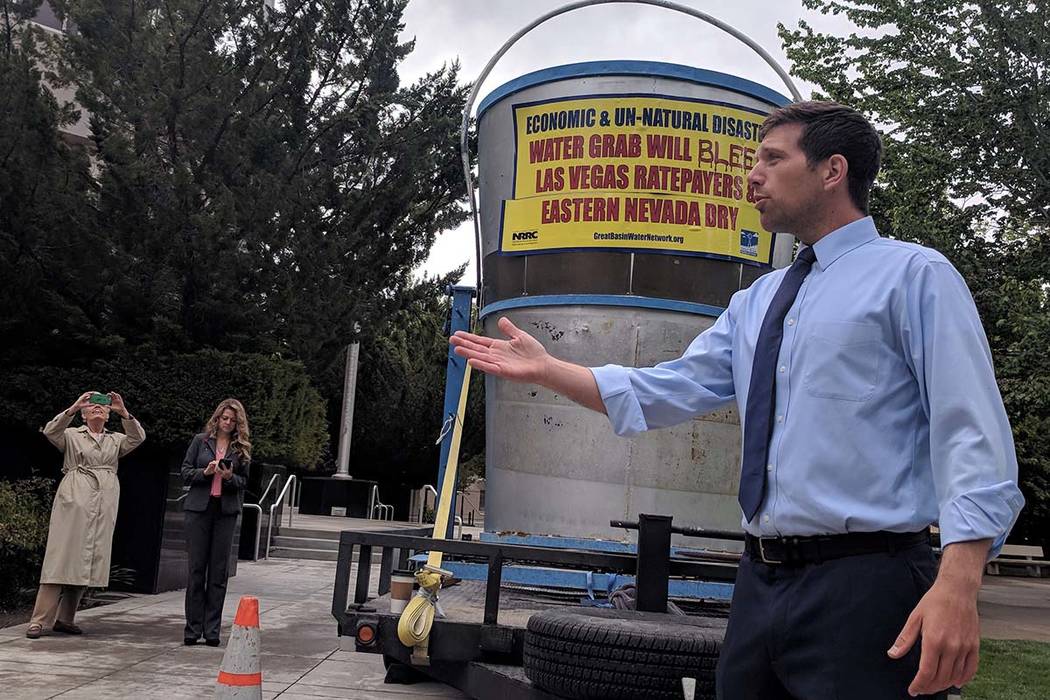 Conservationists, rural governments and Native American tribes are opposing a sweeping lands proposal from Clark County over fears it could restart an effort to pipe water from eastern Nevada to Las Vegas.

The proposed bill, which has not been introduced in Congress, looks to open up roughly 42,000 acres of federal land just outside the Las Vegas metropolitan area for development and could add up to 376,000 acres of new protected areas. Several other land and fee transfers are included in the proposal.

Kyle Roerink, executive director of the Great Basin Water Network, said his group is concerned that two sections in the lengthy proposal could allow the Southern Nevada Water Authority to move forward with its long-stalled $15 billion proposal to pipe water 300 miles from areas around Ely to Las Vegas.

But officials from the county and the water agency said those sections have nothing to do with the proposed pumping project, and that the groups were using the controversial plan to drum up opposition.

“In no way does the language in this lands bill authorize the pipeline. It’s not about the pipeline at all,” said Kevin MacDonald, public information administrator for the Clark County Department of Air Quality.

The bill would require the federal government to give ownership of land to a local agency if the local entity owns water infrastructure on the parcel.

Roerink said that language “appears to be an attempt to skirt the requirements of federal environmental laws,” such as those cited in a federal judge’s 2017 ruling.

Bronson Mack, a spokesman for the water authority, said one of the sections noted by the Great Basin Water Network deals with combining rights of way for power lines and would help the agency reach the state’s 50 percent renewable portfolio standard by 2030. He also said the language on land transfers involves projects that have already gone through the environmental review processes.

In the 2017 ruling, a federal judge upheld the Bureau of Land Management’s prior decision to grant a right of way for the pipeline but ruled that the BLM had failed to explain what needed to be done to repair or replace habitats that might be destroyed by the project.

Other groups that have come out in opposition to the proposed bill include the Center for Biological Diversity, the White Pine County Commission, several counties in Utah and the Ely and Duckwater Shoshone tribes.