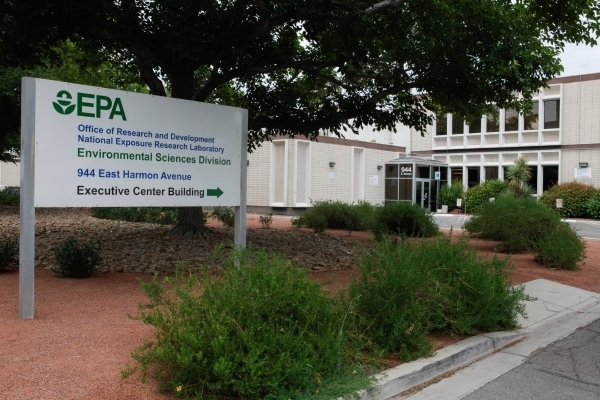 After more than 50 years on campus, the Environmental Protection Agency plans to vacate its laboratory at UNLV by Sept. 30. (James Tensuan/Las Vegas Review-Journal) 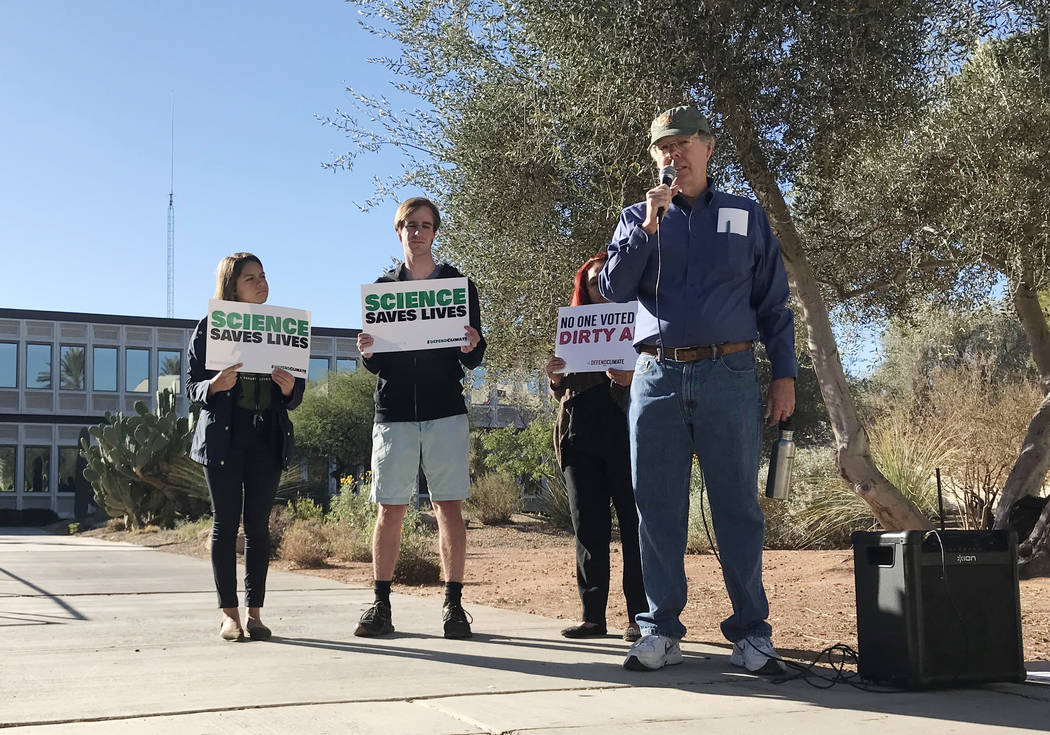 Jeffrey Van Ee, former pollution specialist for the Environmental Protection Agency, speaks during a Sierra Club protest Dec. 1 in front of the EPA lab at UNLV. The agency has confirmed that the lab will shut down by Sept. 30. (Henry Brean/Las Vegas Review-Journal)

That money is apparently gone, and soon the EPA will be too.

The agency’s research branch has confirmed plans to vacate its lab on the UNLV campus and pull out of the valley altogether by Sept. 30.

Local employees of the EPA’s Office of Research and Development have been given the option to relocate to other locations, retire or leave their jobs with the agency.

Environmental advocates were quick to blame the Trump administration for what Elspeth DiMarzio from the Sierra Club in Nevada called a “blatant disregard for both science and the public servants of Las Vegas that have spent their lives protecting Americans from the dangers of pollution and toxic chemicals.”

But its departure from UNLV began years before his election or his appointment of longtime EPA foe Scott Pruitt to run the organization.

During the Obama administration, the EPA faced pressure to cut its use of leased office space and reduce its footprint nationwide. As part of that effort, agency officials explored building a new laboratory and multi-use facility in Las Vegas to replace the buildings it has leased at the heart of the UNLV campus since in the 1960s.

In 2014, then-U.S. Sen. Harry Reid said he expected the EPA to become the anchor tenant for the university’s new off-campus technology park, a 122-acre site on Sunset Road at Durango that was named for him after he helped UNLV secure the land from the government.

A $7.85 million advance from Congress was meant to jump-start the construction of the agency’s new Las Vegas research lab, but the EPA decided instead to move its laboratory services into facilities it already owns in North Carolina and Cincinnati, Ohio.

“The drivers behind the decision are the continued pressure to reduce the amount of federally leased spaced by consolidating operations into federally owned space and to reduce our overall operational costs moving forward,” said Tim Watkins, director of EPA’s National Exposure Research Laboratory, in a Feb. 6 email to staff.

It’s unclear what happened to the planning money from Congress or any of the plans produced with it.

The EPA has already given up about half of its leased office space at UNLV in recent years. The agency is down to two and a half buildings at the heart of campus under a five-year lease set to expire in September 2020.

For UNLV, a ‘bittersweet’ exit

UNLV officials said they are sorry to lose the EPA lab and the educational opportunities it provided, but they are eager for the extra lab and classroom space to accommodate a university population that topped 30,000 for the first time last year.

In January, Nevada Board of Regents approved $2.9 million to renovate the roughly 17,000 square feet of offices the EPA previously released back to the university. UNLV hopes to be using the space for science and engineering classrooms, labs and office space within a year.

The EPA’s union laboratory workers were notified about the closure of the Las Vegas facility last May. The remaining staff members were told last week that their jobs would be moved to other facilities outside Las Vegas.

According to the EPA, approximately 40 federal employees work at the agency’s research lab at UNLV.

Frommer said it is his understanding that the agency will spend the rest of the lease period clearing out and cleaning up the vacated buildings before turning them back over to the university.

The EPA also leases office space in the La Plaza Business Park, just across Maryland Parkway from the university, for its local finance and human resources operations, among others.

It’s unclear what will happen to those offices and employees once the lab at UNLV closes.

The EPA did not respond to multiple requests for information about its off-campus offices in Las Vegas.