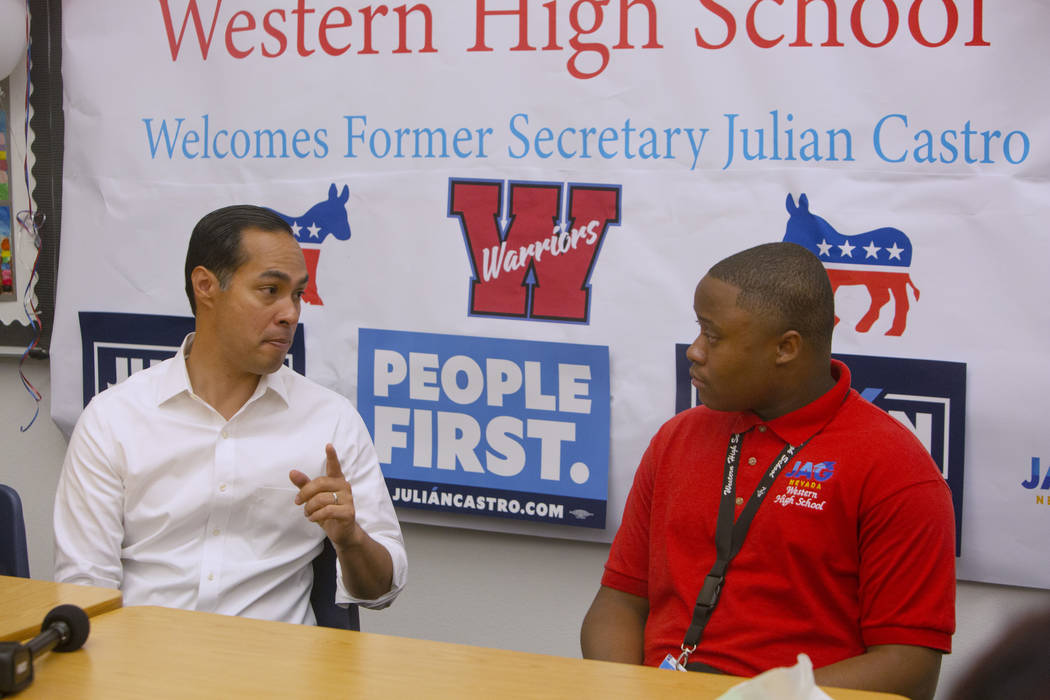 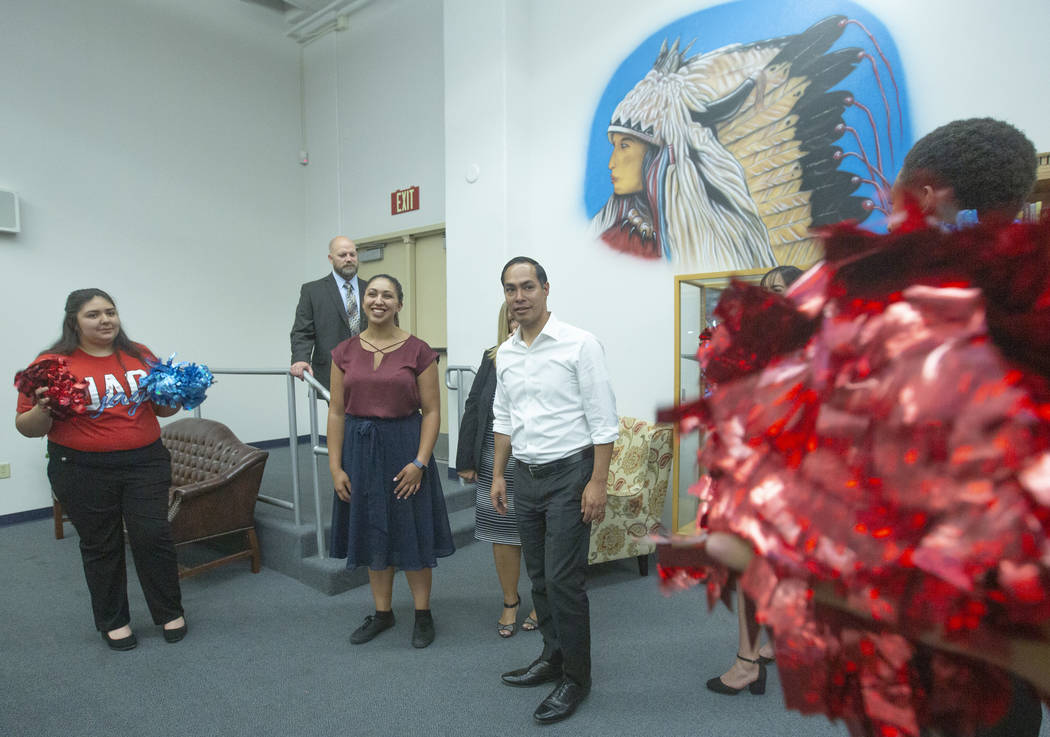 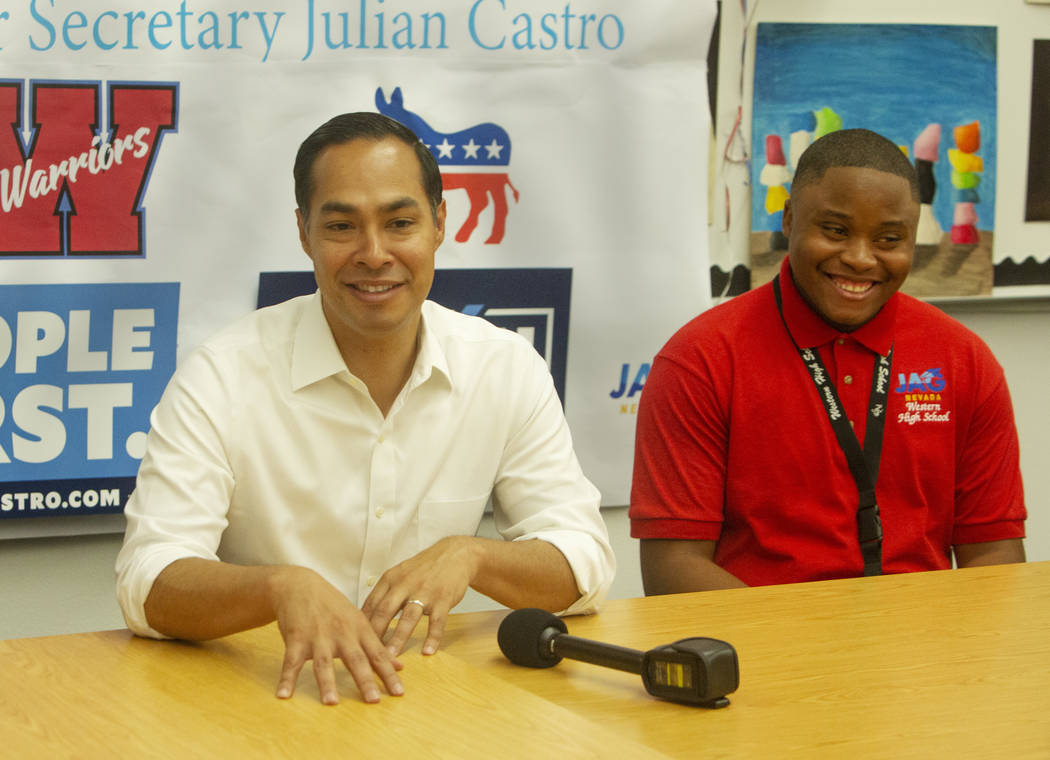 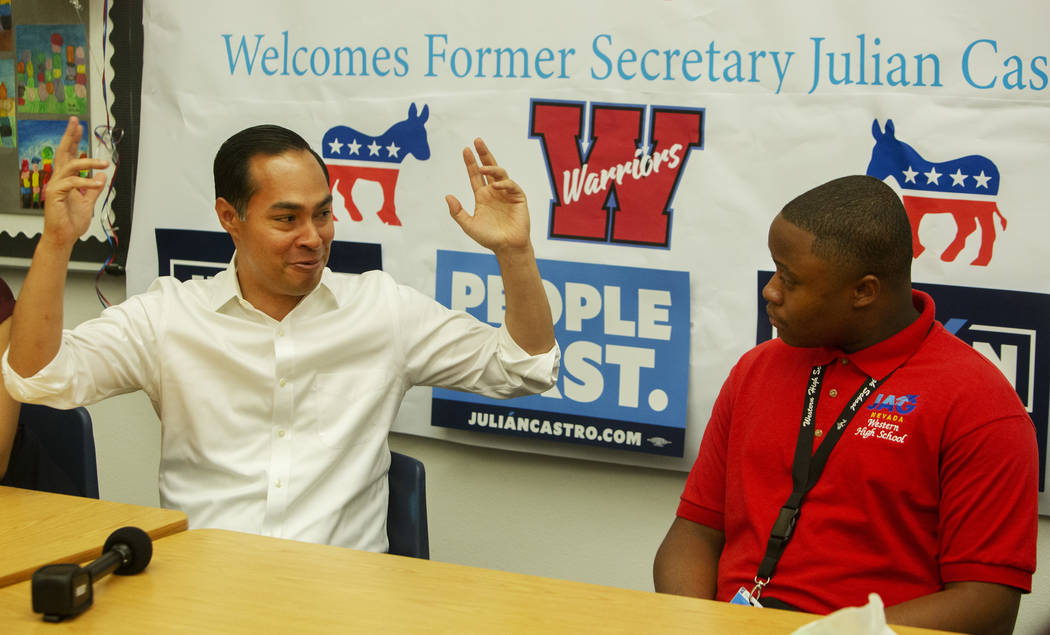 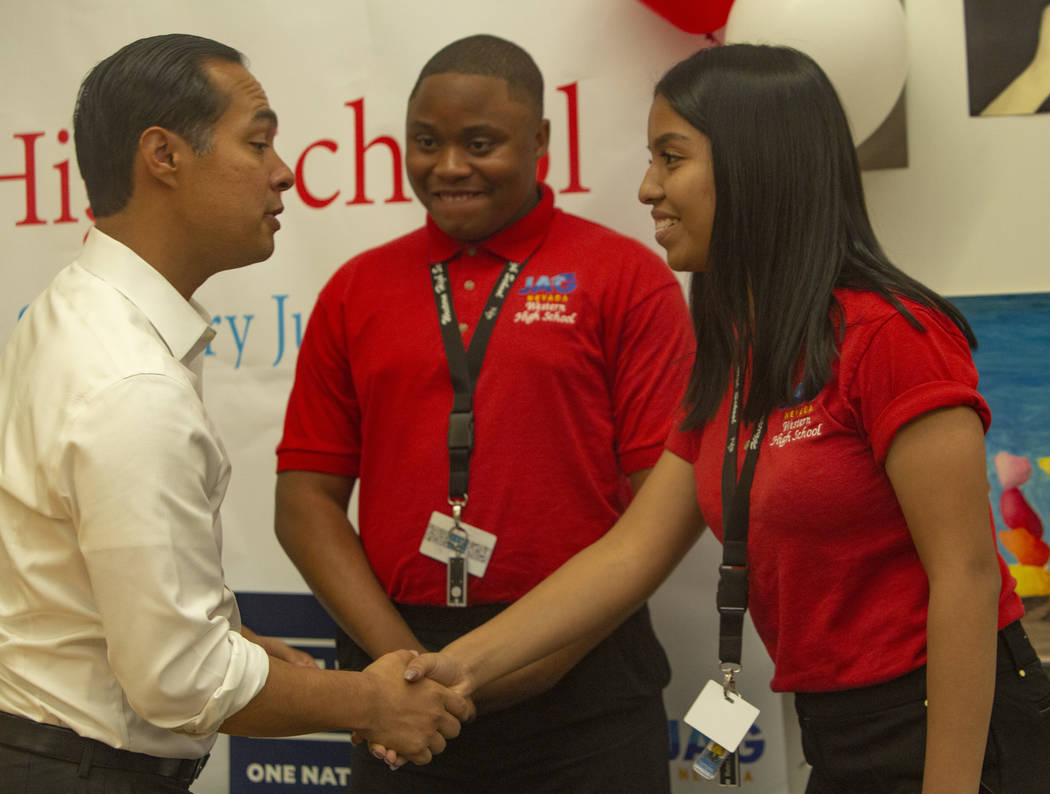 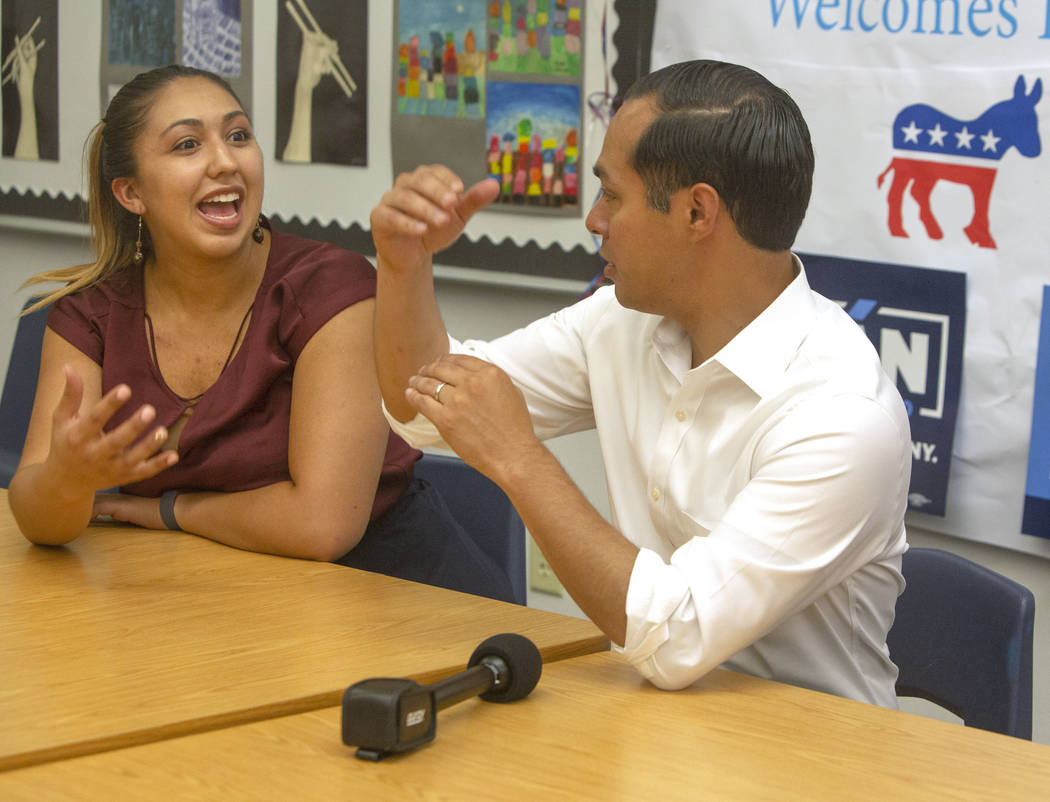 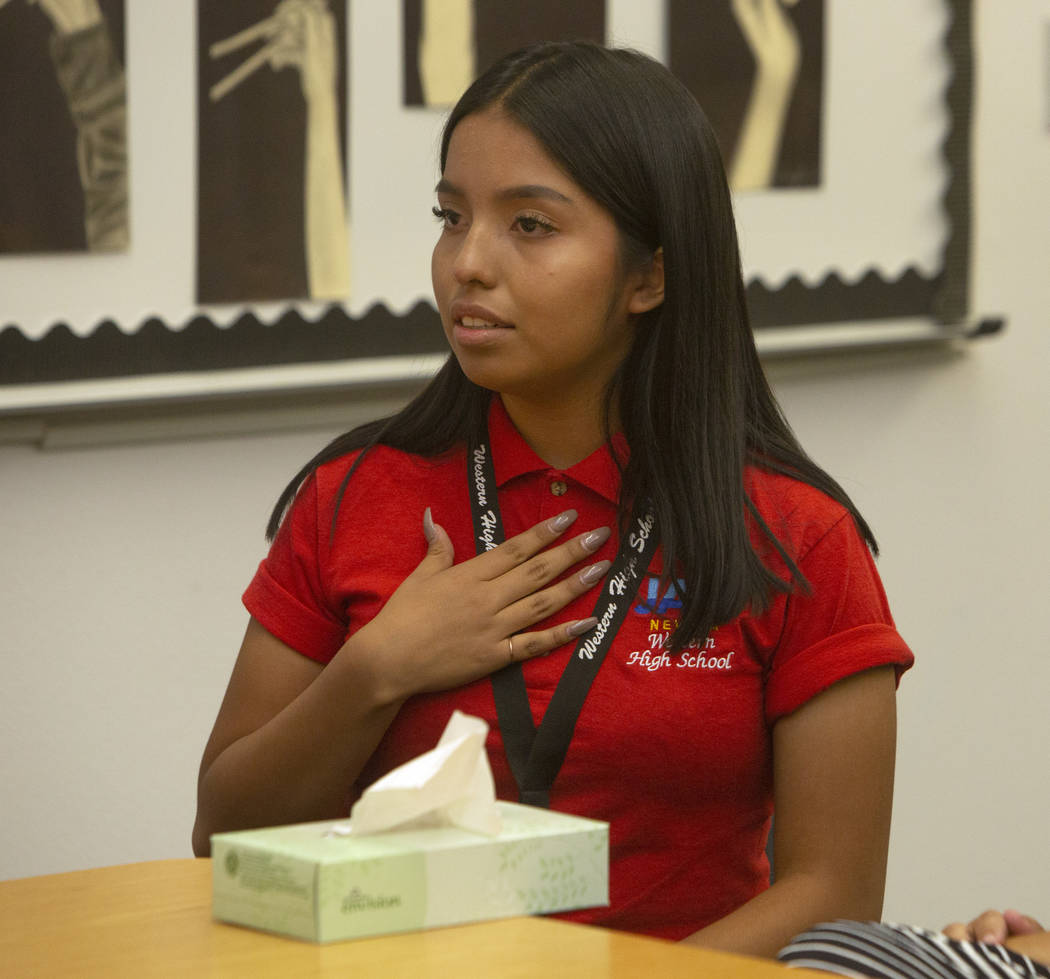 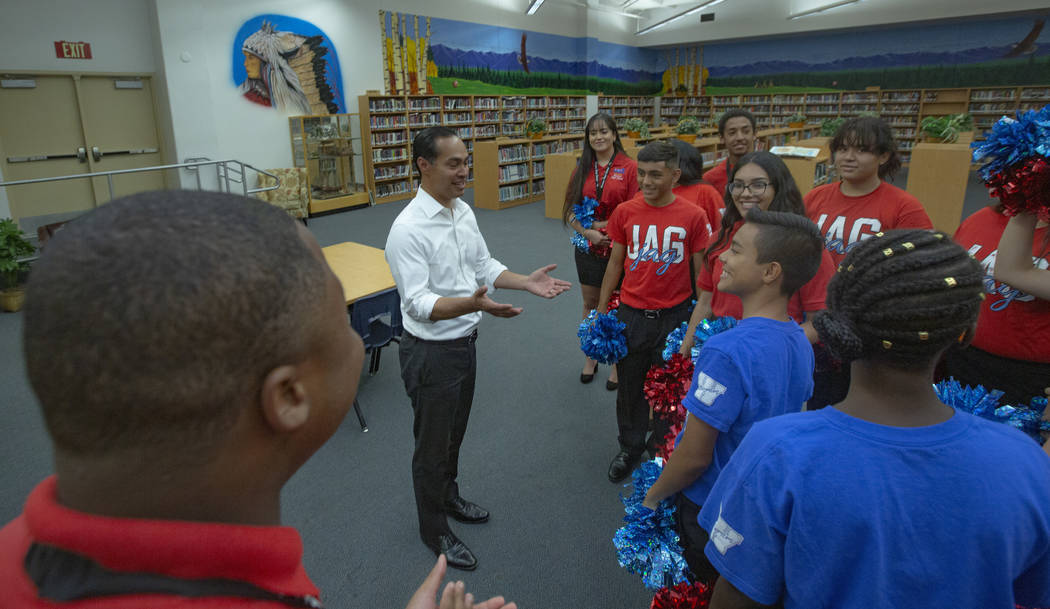 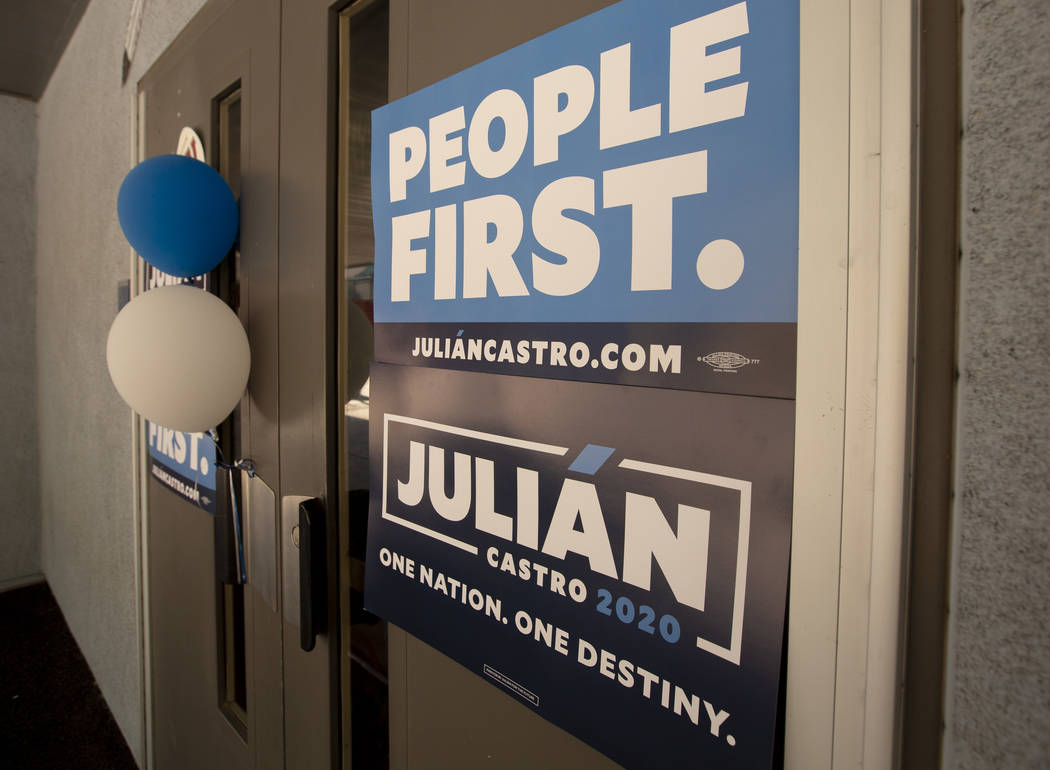 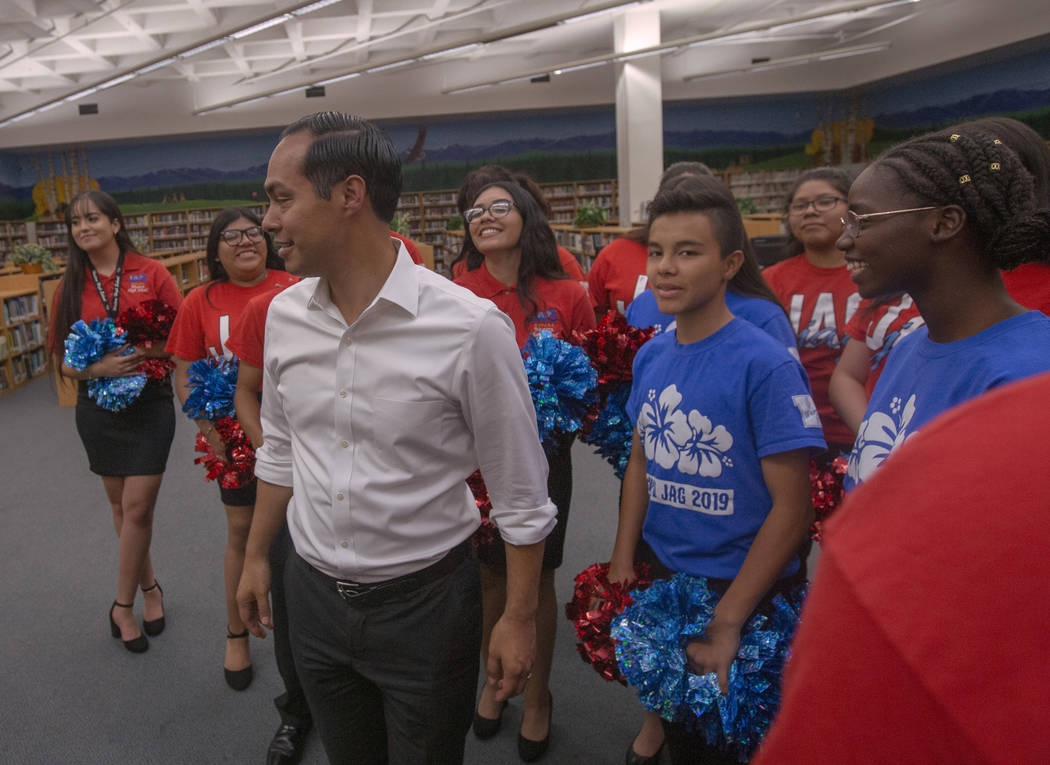 Former Housing and Urban Development Secretary Julian Castro met with a small group of Clark County School District staff and students Tuesday for a roundtable that stayed away from the topic of a possible teachers’ strike, and instead focused on testing, school attendance and undocumented students.

Here’s three takeaways from the event:

— On chronic absenteeism: Castro said he believes in incentives, not punishments, for families of students who are struggling with truancy or chronic absenteeism, touting a policy in San Antonio (where he was mayor from 2009 to 2014) that focused on working with parents who wound up in court for their children’s truancy rather than fining them. Though Castro named no names, fellow presidential candidate Sen. Kamala Harris, D-Calif., has faced criticism for her 2010 comments in which the former prosecutor said she decided to start prosecuting parents for truancy. Critics have said the move disproportionately targeted students of color.

— Pathways for undocumented students: The roundtable conversation shifted to undocumented students, with Crestwood Elementary teacher Juliana Urtubey suggesting there should be a path to citizenship for undocumented people who become teachers in their communities, much as there is one for people who serve in the military. Castro said undocumented people should be on a path to citizenship, and that he expected a Democratic turnover of the White House, House and Senate by 2021 to create a more hospitable environment for that group. “Even if there’s not, we’ll maximize executive authority as much as we can legally to extend the protections of DACA,” Castro said. “Even if Mitch McConnell is still around.”

— From the ground up: Castro said he believes better education begins with effective universal preschool for 3- and 4-year-olds, but that it must continue through the system. Teachers expressed their concerns about finding ways to evaluate schools fairly and effectively via standardized tests; Castro responded that assessments should be sensitive to where a student starts in his or her freshman year versus where they’re at by senior year.

— Other stops: Castro also visited with the Nevada Youth Network, joined the Asian American Pacific Islander caucus in providing necessities to homeless people, took a tour of the Martin Luther King Senior Center and attended a meet-and-greet at the San Salvador restaurant.