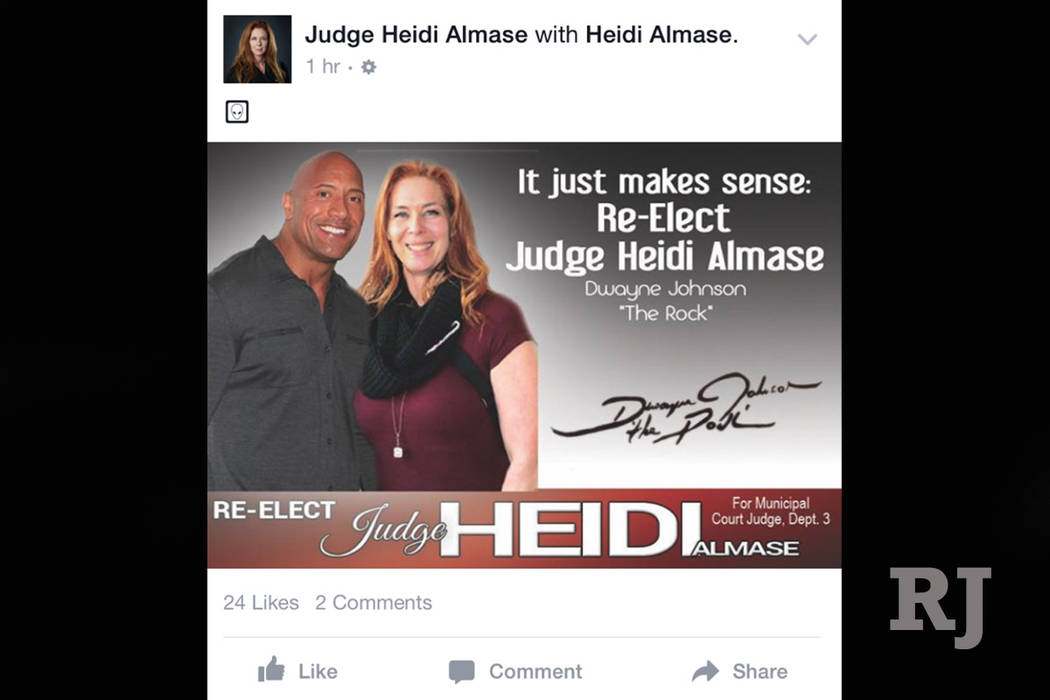 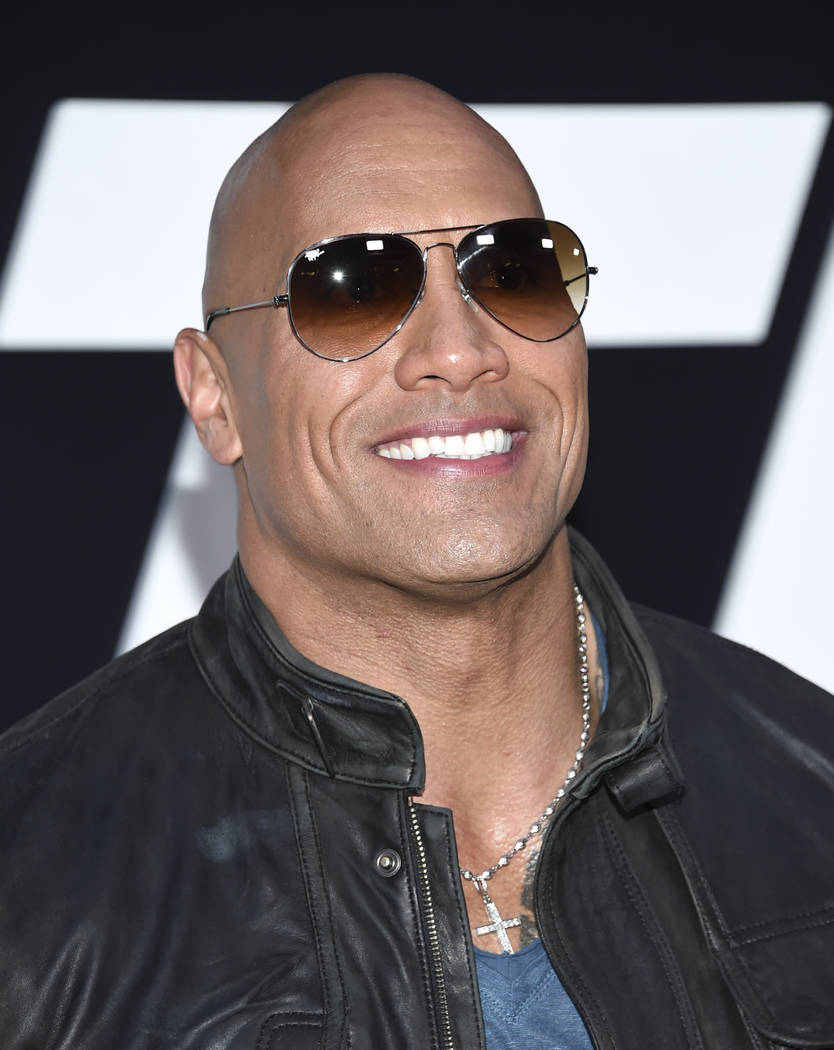 But a picture appeared on her re-election campaign’s Facebook page Tuesday night that showed the two standing shoulder to shoulder next to the words “It just makes sense: Re-Elect Judge Heidi Almase.”

The doctored image combines a campaign photo of Almase wearing a burgundy shirt and black scarf with a three-year-old picture of Johnson in a gray button-down shirt.

“It’s deceitful, dishonest, and disingenuous,” Letizia said. “Laws are made for a reason and if our own judges aren’t following the laws, how can the public trust them or their integrity on the bench?”

Under the photo, several people commented about the professional wrestler-turned-movie star’s apparent support.

“This is amazing!!!” one woman wrote.

“I guess we know what the rock is cooking, and it’s success! Way to go Judge Heidi Almase,” a man wrote. 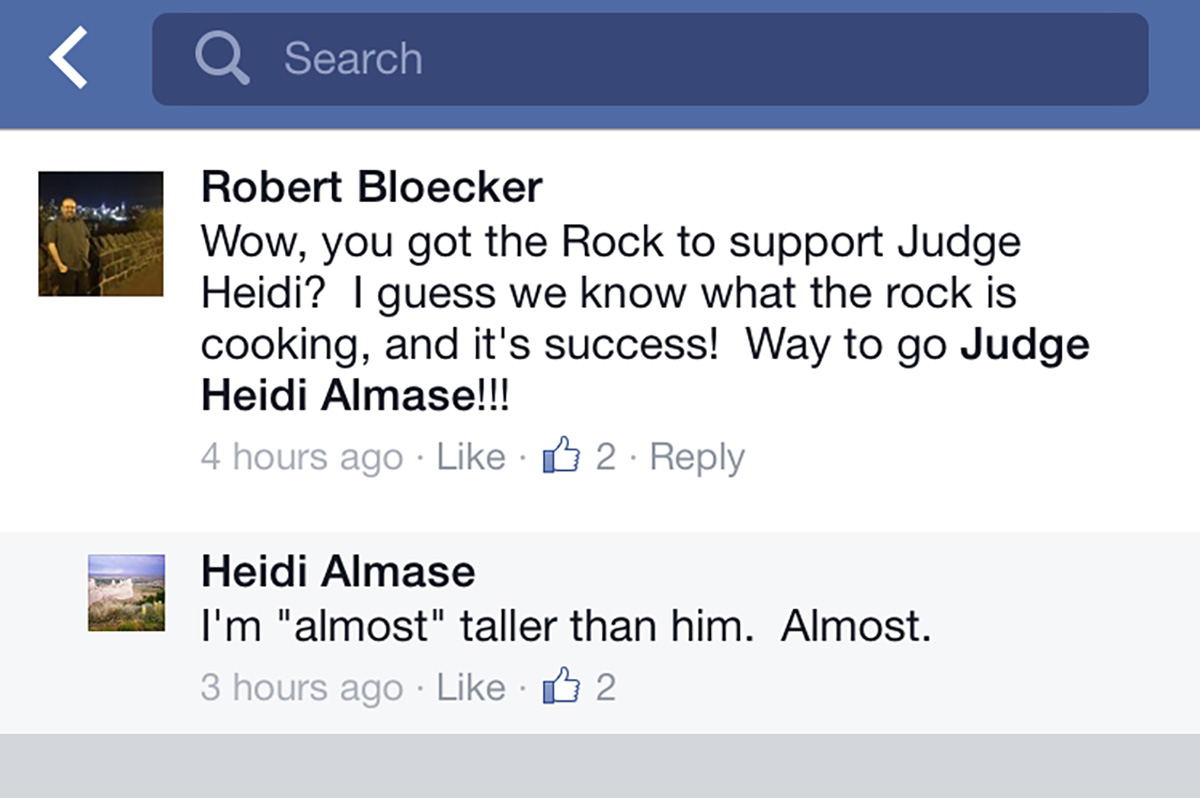 By late Wednesday morning, the post had been removed. Her campaign manager, Jennifer Barrier, said she is close family friends with Johnson, but she did not have authorization to post the image and took it down after being contacted by a reporter.

According to the state’s Code of Judicial Conduct, a judge or judicial candidate must not “knowingly, or with reckless disregard for the truth, make any false or misleading statement.”

Barrier, who knows Johnson through her late father, James “Buffalo Jim” Barrier, a wrestling promoter, said Wednesday afternoon that she was “waiting on a written authorization to use his photo, so I can put it back up. It won’t be a problem. I just want to get the written authorization because I don’t want to have any issues with anyone.”

Letizia questioned the authenticity of a possible authorization.

“Even if she mysteriously comes up with a letter, it doesn’t rise to the level of what she has done here by fraudulently making phony pictures with her and a celebrity,” Letizia said. “The voters will decide in the end if this judge should be removed from office.”

As the race neared Tuesday’s general election, the campaigns intensified.

On Wednesday afternoon, Almase posted another image on her Facebook page. It showed Campbell over the words “FRAUD ALERT!” 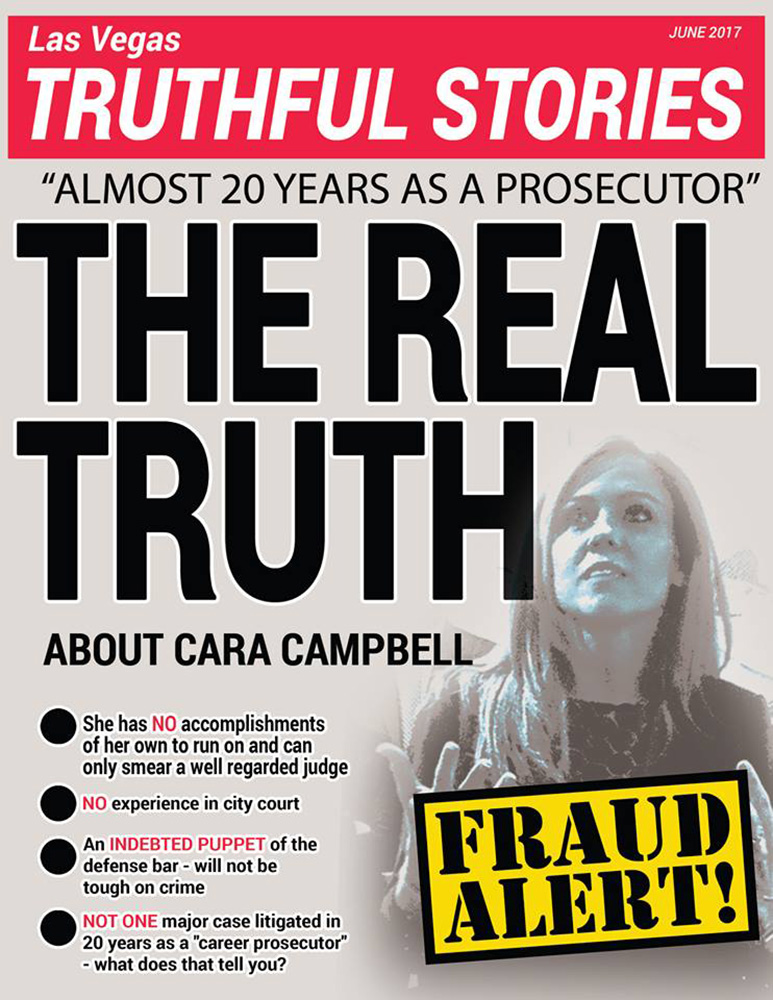 Barrier also took issue with unattributed comments about Almase recently distributed on a flier by Campbell’s campaign. Barrier said the flier amounted to “slander” and the quotes were “complete and utter lies.”

Letizia said: “That’s 100 percent exactly the comments made by several attorneys in this community.” 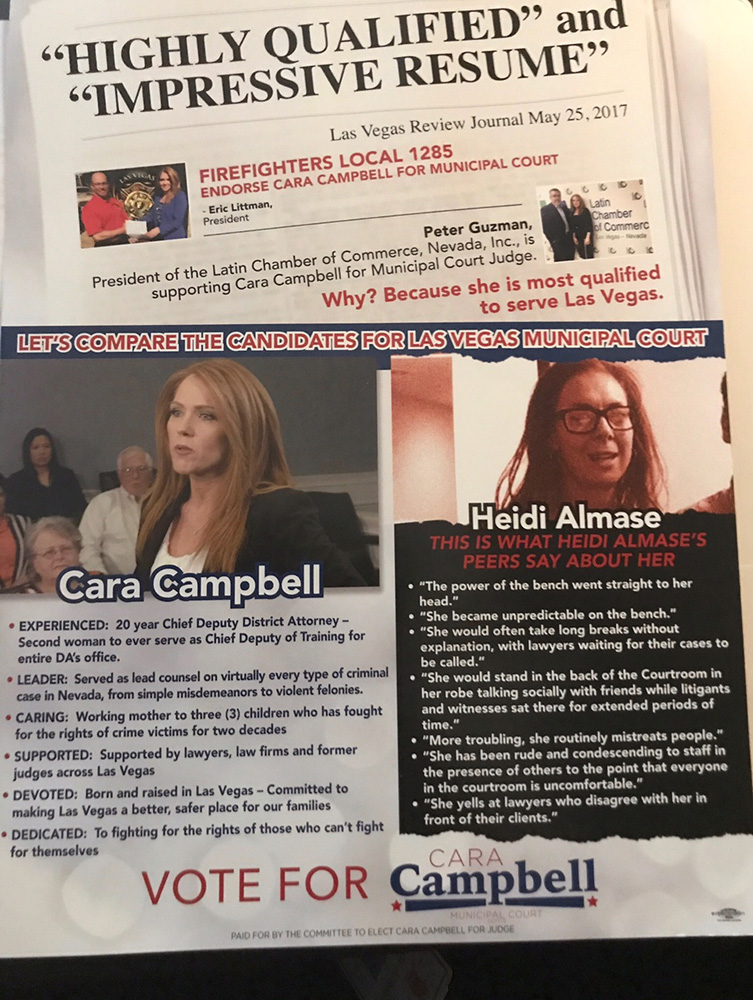