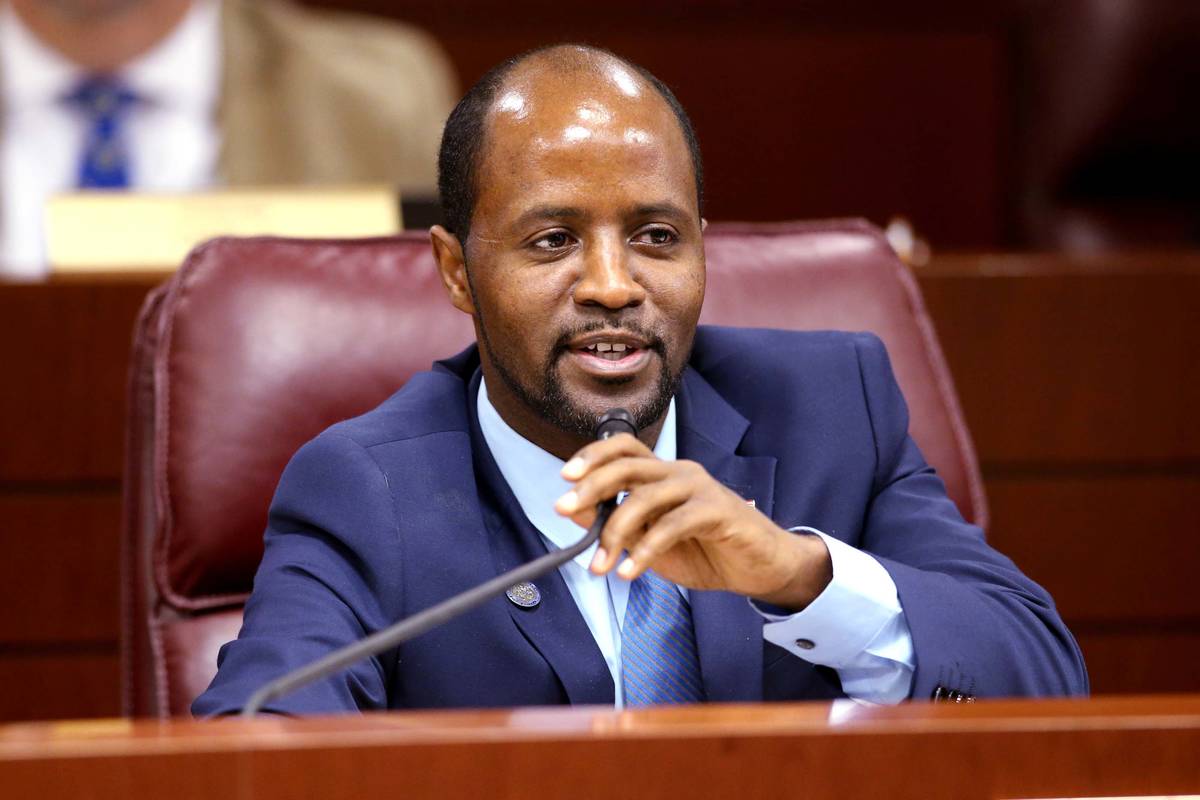 CARSON CITY — A Las Vegas assemblyman investigated by police over allegations of misused campaign funds has resigned from his seat in the state Legislature.

Gov. Steve Sisolak’s spokeswoman confirmed in an email Tuesday that Sisolak’s office had received a letter of resignation from Democratic Assemblyman Alexander Assefa, who represents District 42 in the Spring Valley area.

Assefa’s departure comes as Las Vegas police have completed the brunt of their investigation and discussed prosecuting him with both the Nevada attorney general’s office and the Nevada U.S. attorney’s office, informed sources told the Review-Journal. Police are recommending more than 20 charges, most of them felonies, including burglary, perjury and theft.

Deputy Chief Andy Walsh, who oversees the Metropolitan Police Department’s Criminal Intelligence Section, confirmed Tuesday that the investigation is ready for prosecution. But he declined to comment further.

A spokeswoman for Attorney General Aaron Ford said the office had no comment.

In October, the Review-Journal reported that police were looking into Assefa and transactions made between his campaign account and his personal bank account as well as accounts used by KIB Transport LLC, a company that he and his mother are listed as managing members. Police also investigated whether Assefa actually lives in the district, as is required by law.

Detectives seized records, cellphones, computers, discs and a thumb drive from Assefa during a May raid.

Assefa did not respond to requests for comment Tuesday.

In the resignation letter sent to Sisolak on Monday, Assefa admitted his “mistake,” in regards to the residency requirement, though he did not outright admit to living out of the district.

“I ran to represent this District out of a sincere belief that not only was it my place of residence, but that I was in a unique position to understand and address the needs of the constituents of the district, particularly the large Ethiopian community which resides there,” Assefa wrote.

But Assefa said that after reading the residency requirement of the law, that he was “mistaken.”

Assefa did not address the campaign finance allegations in the letter, but he said that he intends to donate all of the money remaining in his campaign account to local nonprofits.

In a statement, the Assembly Democratic Caucus thanked Assefa “for his service, and we look forward to welcoming a new member to our caucus very soon.”

“With so many crucial decisions about Nevada’s future at stake in this upcoming legislative session, we remain focused on the important tasks of protecting Nevada’s public health and economic well-being,” the caucus’ statement said.

Assefa was first elected to office in 2018, and was re-elected last fall.

Before he ran for the Assembly, Assefa filed court papers to change his name from Alexander Asefa Bedaso. He told the court he was born in Dodola, a small town in southeastern Ethiopia, and wanted to take his father’s last name as part of his culture, and correct its spelling. His petition was granted in July 2017.

Court records show Assefa filed for Chapter 7 bankruptcy in Las Vegas in October 2006 under his old last name, and his debts were discharged in May 2008.

Since then, state records show he has owned or co-owned several small businesses, including transportation companies under both of his names.

Per state law, the Clark County Commission will appoint someone to fill his assembly seat, and the person must be from the same party as Assefa, in this case a Democrat, and live in the district.

Assefa is the fourth Democratic state lawmaker to resign amid a scandal since 2017.

Former Senate Majority Leader Kelvin Atkinson resigned in 2019 after he agreed to plead guilty to misusing roughly $250,000 in campaign cash for personal use. Former Sparks Assemblyman Mike Sprinkle resigned a a little over a week after Atkinson amid a growing number of sexual harassment complaints levied against him.

And in 2017, former Sen. Mark Manendo stepped down after an investigation into sexual harassment complaints.