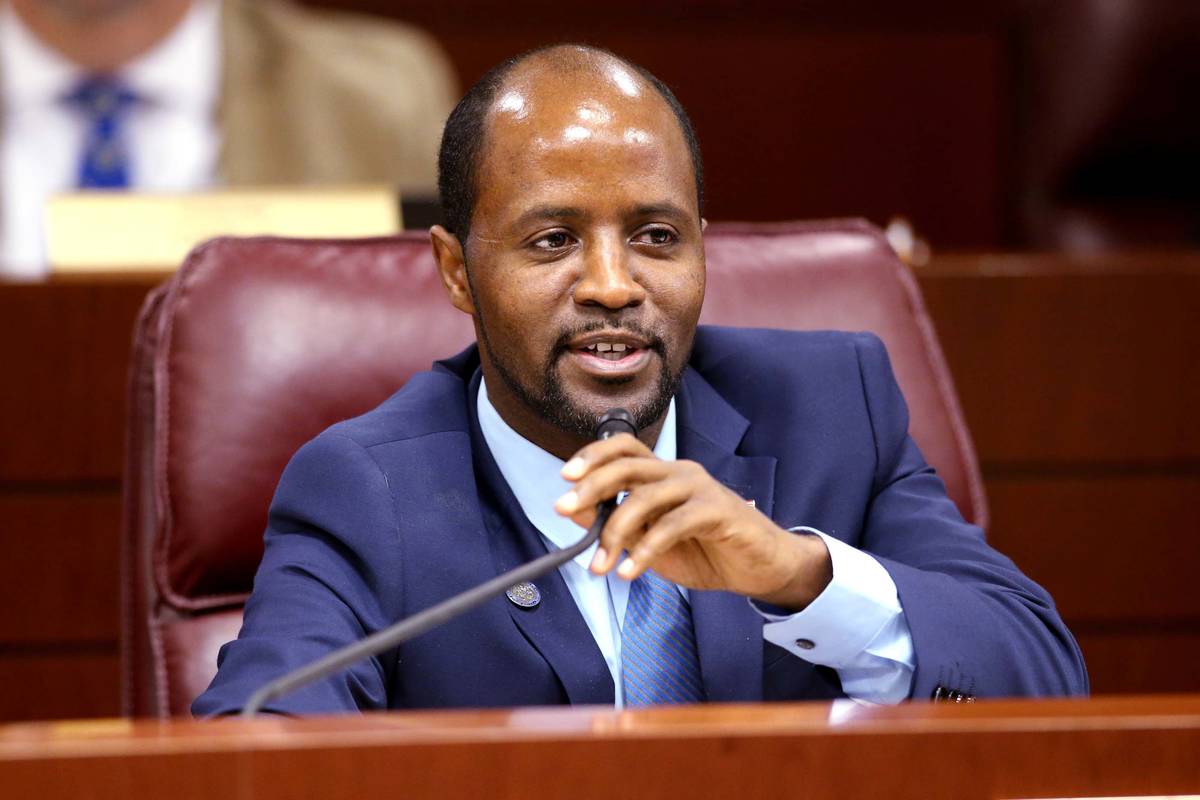 Detectives also sought public documents Assefa filed under oath indicating that he lived in the Spring Valley district, as well as records and personal belongings that showed he actually was staying at a North Las Vegas home owned by his wife, Zenash Mebratu.

Assefa, 37, who did not respond to requests for comment, lists Mebratu as his wife on the Nevada Legislature’s website, and Clark County property records show she has owned the two-story North Las Vegas home since August 2015.

Deputy Chief Andy Walsh, who oversees the Metropolitan Police Department’s Criminal Intelligence Section, confirmed there is an ongoing investigation of Assefa, but he declined to discuss it.

A sworn affidavit laying out details of the investigation, signed by Intelligence Detective Aaron Stanton, has been sealed.

It is not known how much campaign money Assefa is alleged to have used for personal expenses, but his campaign records show that he has raised more than $200,000 since 2018.

Police have been interviewing witnesses in the felony investigation, and so far no charges have been filed. Detectives seized records, cellphones, computers, discs and a thumb drive during the May raid.

Assembly Speaker Jason Frierson, D-Las Vegas, said late Monday that Nevada lawmakers “must reside in their district” to be eligible to serve.

“This is state law and is not negotiable,” he said. “I also firmly believe that political candidates should handle campaign funds ethically, transparently, and in accordance with Nevada law.

“We take any allegations of wrongdoing seriously and will determine the appropriate next steps based on the conclusions of the investigation.”

Added Assembly Minority Leader Robin Titus, R-Wellington: “Regardless of the party, no matter who it is, nobody is above the law.”

Assefa says on his campaign website that he came to the United States in 2000 from East Africa and describes himself as the “first Ethiopian-American” elected to public office in the country. He says he moved to Las Vegas from the Washington, D.C., area in 2006.

Over the past several years, Assefa has actively promoted “Little Ethiopia,” a growing stretch of Ethiopian restaurants, shops and stores in his district.

“We are quintessentially what you would define as an American community,” he told the Review-Journal in an August 2019 interview. “The Ethiopian culture is very rich, very deep-rooted and very diverse.”

Legislative records show that Assefa has served on several Nevada Assembly committees, including government affairs and health and human services, since he was elected in 2018.

Before he ran for the Assembly, Assefa filed court papers to change his name from Alexander Asefa Bedaso. He told the court he was born in Dodola, a small town in southeastern Ethiopia, and wanted to take his father’s last name as part of his culture, and correct its spelling. His petition was granted in July 2017.

Court records show Assefa filed for Chapter 7 bankruptcy in Las Vegas in October 2006 under his old last name, and his debts were discharged in May 2008.

Since then, state records show he has owned or co-owned several small businesses, including transportation companies under both of his names.

One of those companies, KIB Transport LLC, attracted the interest of Las Vegas police during the raid on Assefa’s personal and campaign activities, according to the search warrants.

Detectives sought “records, notes, receipts and documentation regarding financial transactions made between Assefa’s campaign bank accounts and his personal bank accounts and/or bank accounts in the name of KIB Transport LLC for the period of 2018-2020,” the search warrants state.

Assefa and his mother, Kibnesh A. Bati, are listed on state records as managing members of the company, which was incorporated in March 2015.

During the raid, police searched the North Las Vegas home owned by his wife at 1612 Sweet Jenny Court and a condominium in his district at 5260 Indian River Drive.

Assefa filed a sworn Declaration of Candidacy with the Clark County Election Department in March indicating that he resided at the Indian River condominium, but a knowledgeable source said he was really living at the North Las Vegas home.

In his 2018 declaration with the county, Assefa listed a different condominium at 4981 River Glen Drive in the complex as his residence in the district, even though he spent his time at the Sweet Jenny Court home, the source said.

Assefa does not have a Republican opponent in next week’s general election, but he faces a challenge from Liz DelSignore, a Libertarian, and nonpartisan Sayed Zaidi.

Contact Jeff German at jgerman@reviewjournal.com or 702-380-4564. Follow @JGermanRJ on Twitter. German is a member of the Review-Journal’s investigative team, focusing on reporting that holds leaders and agencies accountable and exposes wrongdoing. Support our journalism. Capital Bureau Chief Colton Lochhead contributed to this story.