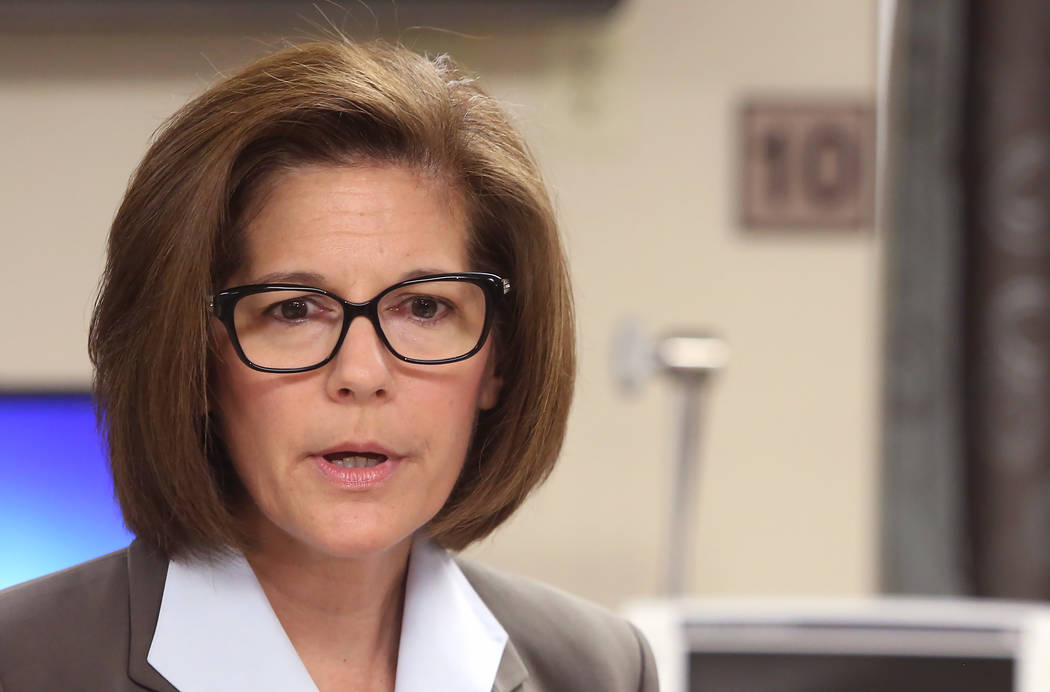 Forty-two Democratic U.S. senators, including Nevada Sen. Catherine Cortez Masto, signed a letter Thursday asking President Donald Trump to support the Deferred Action for Childhood Arrivals program in the face of opposition to it from 10 states.

“While we appreciate your commitment to DACA, we are concerned that some members of your Administration have taken a different position,” the letter read.

The president previously announced his support for DACA recipients, so-called “DREAMers,” who arrived in the U.S. as children and, as such, are protected from deportation and provided work permits given they register with the government, pay a fee and pass criminal background checks. In a February news conference, Trump called DACA “a very, very difficult subject.”

Trump has also expanded immigration enforcement efforts by broadening the pool of undocumented immigrants prioritized for deportation from felons, to people charged with an offense, but not convicted, and those who might pose a risk to safety in the eyes of an immigration officer.

Last month, Texas Attorney General Ken Paxton and nine other attorneys general penned a letter to U.S. Attorney General Jeff Sessions asking for the phaseout of the DACA program, threatening a lawsuit if the president continued his support for DREAMers.

“[Cortez Masto] has seen firsthand all the contributions these young men and women make to our communities every single day,” said Rey Benitez, a spokesman for the Nevada senator. “They are our newest athletes, scientists, teachers, you name it.”

Cortez Masto also supported the DREAM Act, according to a press release from her office. Introduced last week for the fourth time since Sen. Dick Durbin, D-Ill., first brought it to the Senate floor in 2001, the Development, Relief and Education for Alien Minors Act would provide DACA residents living in the U.S. for at least four years a path to citizenship.

In the Thursday letter, the 42 Democratic senators asked the president to “respond to this threat to your executive authority by directing the Attorney General to use all legal options to defend the DACA program.”

“I would hope and urge him to honor and continue to defend DACA,” said Alicia Contreras, Nevada state director for advocacy organization Mi Familia Vota. “Over 11 million are worthy of advocacy, and we’re just starting with DACA recipients.”