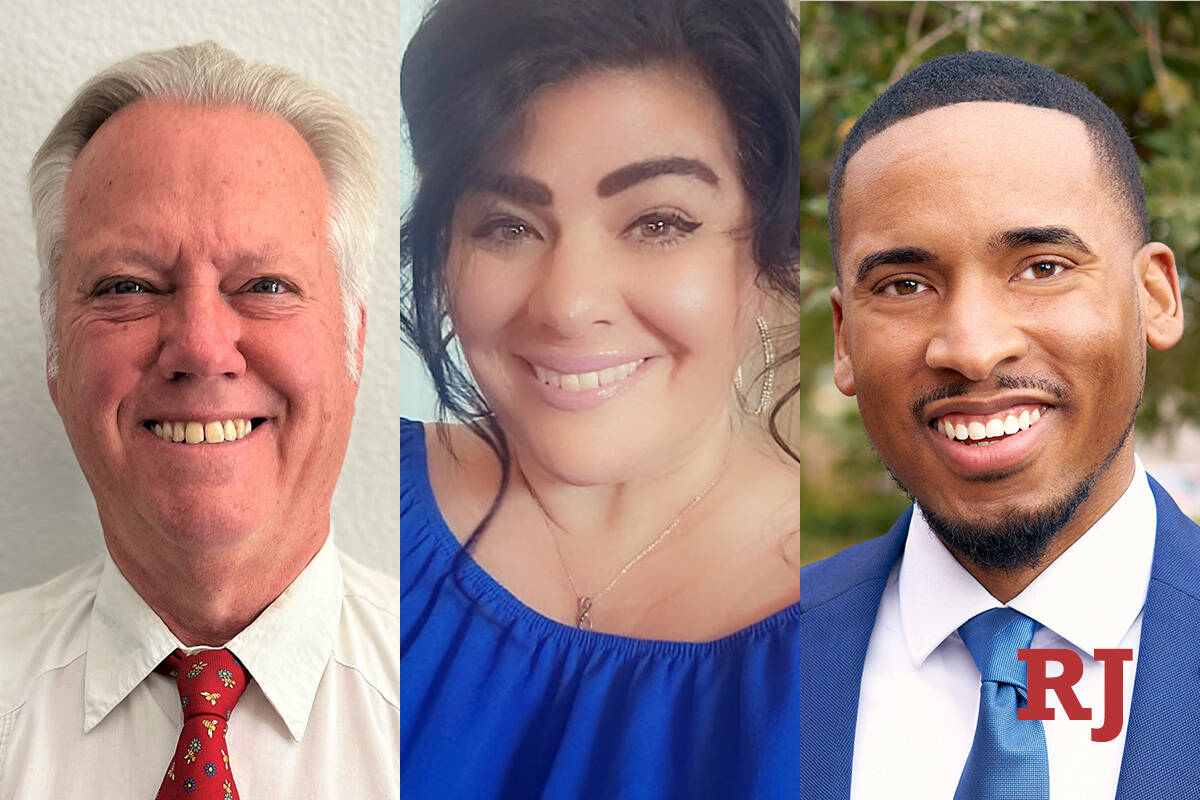 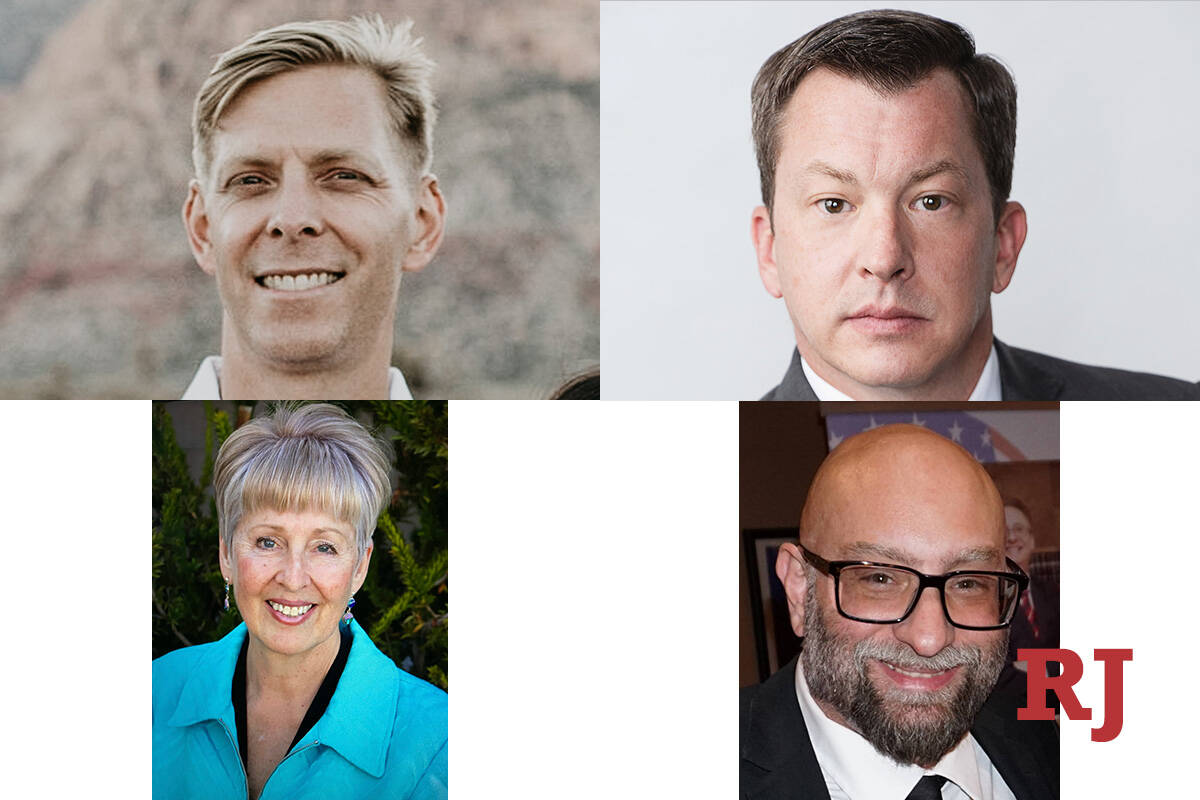 Four Republicans and three Democrats are vying for an open seat to Assembly District 13, after Republican incumbent Tom Roberts chose to run instead for Clark County sheriff.

Republicans hold a slight registration advantage over Democrats in the district, with 15,797 active registered voters in the party compared to 14,311 Democrats, according to March 2022 statistics.

Steven Delisle, a Republican, will make his second attempt at the ballot after an unsuccessful campaign in District 29 two years ago. He said he’s running to bring a fresh approach to the Legislature from the perspective of a dentist and a small business owner.

Delisle particularly works with Medicaid patients through his practice treating kids and adults with special needs, he said. It led him to believe Medicaid funding should be revisited so that money is reallocated to vulnerable populations.

He said he also wants to work on strengthening election security through things such as additional voter-verification methods on mail-in ballots. But if he could address only one issue in his term, he said he would tackle the K-12 education system.

“I believe in an ‘all of the above’ approach when it comes to education,” Delisle said. “I’m willing to try new approaches that have to do with empowering the parent, funding the child instead of the school. I don’t oppose public education but I do oppose throwing more and more money at a system that does not ever change.”

Brian Hibbetts said he can use his career experience as a public servant in the job. Hibbetts, running in the Republican primary, was a detective sergeant with the Las Vegas Metropolitan Police Department, retiring in December 2021 after 27 years.

“I was an end user of the laws that are made in the Legislature,” he said. “I understand the consequences of how laws are written, so I’m hoping that experience will help me craft law and policy in a more thoughtful way than somebody that is looking at it as an abstract concept.”

A life-long Vegas resident, he said a Clark County education in the 1970s and 1980s was one to be proud of, but now he said the district is too large. He supports breaking up the district into smaller zones. In the short term, he supports moving authority down from the administration to a localized source like principals.

Republican Vem Miller said he was motivated to run for office because “this country has been taken over by tyranny.”

Miller, a film and TV industry professional, said his experience running production budgets and producing investigative reports could help him be an effective assemblyman.

If he could only do one thing while in office, Miller said he would focus on alleged voter fraud. He supports auditing the voter rolls, strengthening voter ID laws, returning to paper ballots and livestreaming ballot counting.

Miller is a plaintiff of an ongoing civil lawsuit that claims he and others were not allowed to properly observe polls, according to Clark County court records.

Nancy Weiss, a Republican, said she wants to improve the K-12 school system for her grandchildren. Weiss, a former educator and current real estate agent, is a political newcomer.

Weiss said she’s against allocating more funding to the education system. Instead, she wants to encourage school of choice policies and break up the Clark County School District into more manageable local districts in the valley.

“Money hasn’t solved the problem, we’ve got to figure out where the problem is,” she said. “That’s going to take a real in-depth look but in the meantime I think school choice helps because if money follows the student.”

She also supports policies that strengthen the health care industry in Las Vegas, support small businesses and create ID requirements for voting, Weiss said. To encourage economic development beyond mining and gaming and tourism, she proposed repealing the state’s commerce tax that is imposed on businesses with a Nevada gross revenue exceeding $4 million in a year.

Andrews is a math teacher at the High Desert State Prison and suspects improving education in Nevada will be instrumental to putting fewer people in prison. He supports funding more counselors and other mental health resources to address school violence. He also wants to find more state funding to support teachers’ salaries.

“I hate to say throwing money at things is what you have to do, but sometimes you have to,” he said.

Still, Andrews describes himself as a fiscal conservative. He said he particularly wants to monitor taxes in the gaming and mining industries, and investigate more ways to use the marijuana excise tax for schools.

Andrews has previously held public office as a city councilman in College Park, Maryland, from 1991-1995, where he lived while working as an aerospace professional for NASA. He said the role taught him about infrastructure, taxation and different levels of government interactions.

Will Rucker, a Democrat, wants to incorporate more compassion into state government.

Rucker, a faith leader and nonprofit professional, said a compassionate approach to government and politics will ultimately lead to good government.

Ruckers said he’s concerned about the nurse-to-patient ratio in Nevada, where staffing shortages pressed hospitals dealing with COVID-19 case waves throughout the pandemic. But on other issues, Rucker said he wants to hear from constituents instead of bringing his own concerns to Carson City.

“I’m working for all the battles, not just the issues that are closest to my heart,” he said.

Democrat Hanna Olivas doesn’t see herself as a politician, she said. But her right-to-die advocacy and personal experience with terminal illness inspired her to run a campaign focused on improving the state’s healthcare system.

Olivas has multiple myeloma, a rare blood cancer. She spent two legislative sessions advocating for a bill that allows medical aid in dying, which never passed. Now as a candidate, she said she wants to focus on bringing better specialists to the state and improving the insurance system. She proposes creating a state-run advocacy group for patients to deal with surprise medical bills and other health care challenges.

“I personally have to travel every two to three weeks to go to City of Hope (hospital) in California, just to receive the proper medical care and our insurance system here is also not up to par,” she said. “Myself as a patient, I’m constantly fighting to get the referrals done properly in a proper timing.”

Olivas said she also wants to improve the education system by creating a teacher advisory board at the state level to help address under-staffing and curriculum concerns.