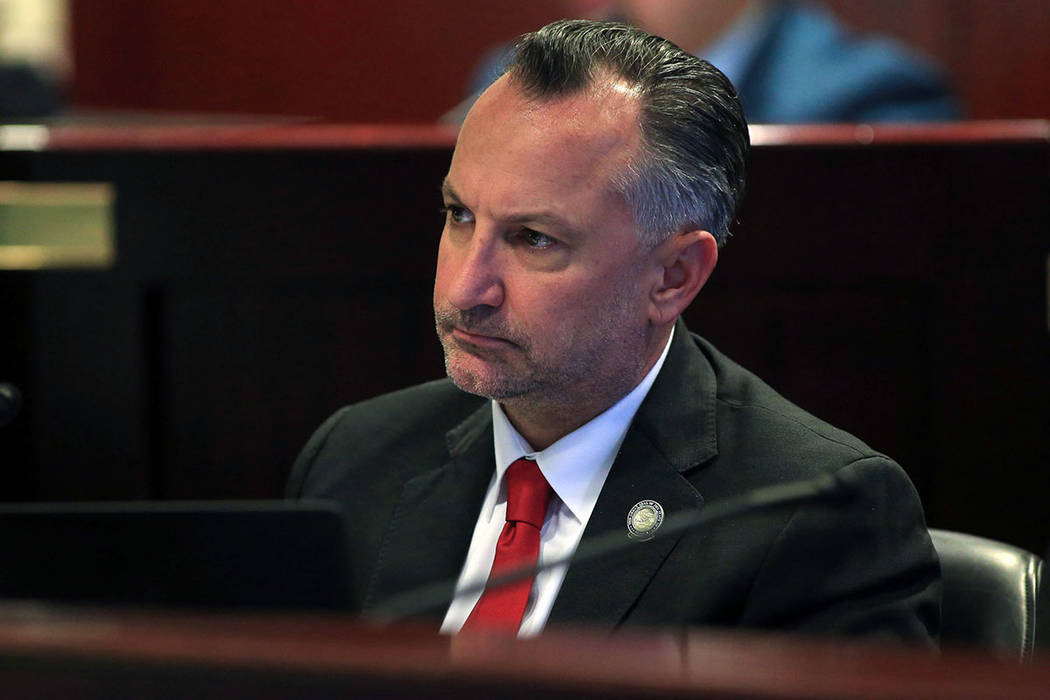 The study, paid for by the group pushing passage of Question 3, found that Nevadans would see their monthly bills decrease by roughly $11 per month as part of the proposed open and competitive market that the ballot measure would implement.

It was presented by Mark Garrett of the Garrett Group LLC during the public comment period of a four-hour meeting Wednesday of the Governor’s Committee on Energy Choice, convened by Gov. Brian Sandoval to discuss the potential effects of Question 3’s passage and to formulate the best way the state should move forward if voters OK the measure in November.

And as part of his calculations, Garrett said he leaned on potential savings from excessive taxes accumulated as part of the Tax Cuts and Jobs Act signed into law last year.

Assemblyman Chris Brooks, D-Las Vegas, was quick to raise concerns about the report, noting that it was not on the meeting agenda, that he was not given the report until he got to the meeting and that it provided no documentation or citations for how Garrett came to his conclusions.

“There are a lot of assumptions made in here,” Brooks said. “This is a good summary. But it’s nothing but a summary.”

The report from the Garrett Group disputes a 109-page report released and adopted last month by the Public Utilities Commission, which found Nevadans will see higher monthly electric bills for at least a decade if Question 3 becomes part of Nevada’s constitution.

According to the PUC’s report, which was requested by the governor’s task force, Nevadans would be on the hook for at somewhere between $4 billion and $6 billion in stranded assets such as coal plants that NV Energy, the state’s largest provider, would have to divest.

Garrett’s report characterized those NV Energy assets not as stranded costs that customers would have to pay for but rather as stranded benefits that would go towards reducing energy bills.

But Paul Caudill, president and CEO of NV Energy, questioned that calculation, noting that the Internal Revenue Service has not yet ruled on those savings from projected sales.