For Pat Spearman, this is the fight of her life 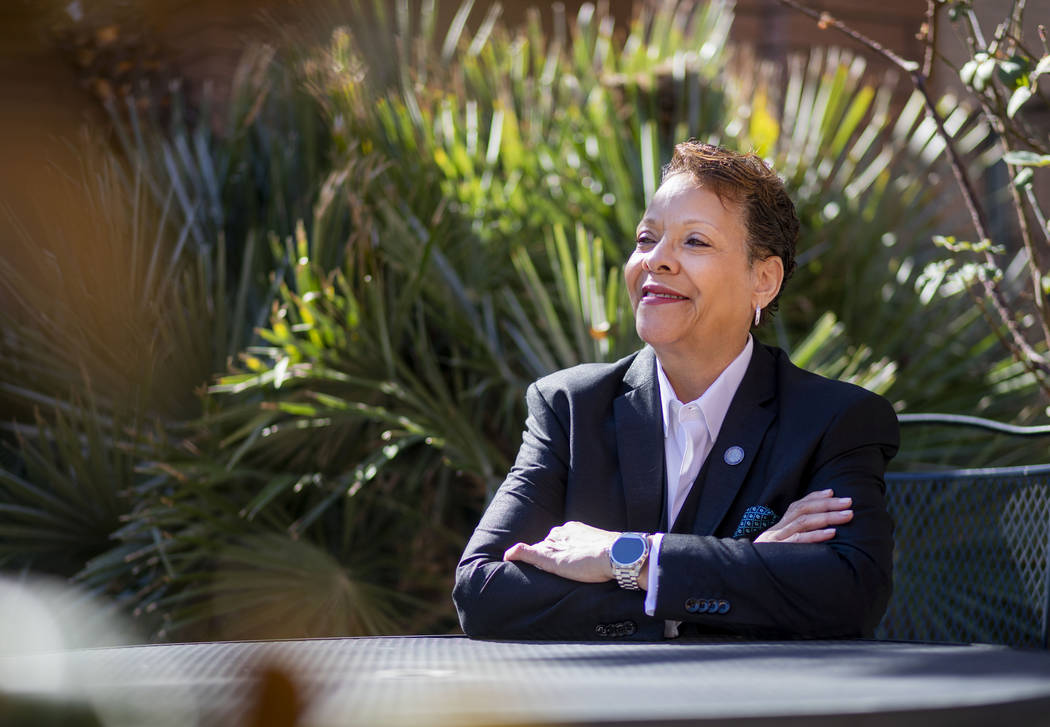 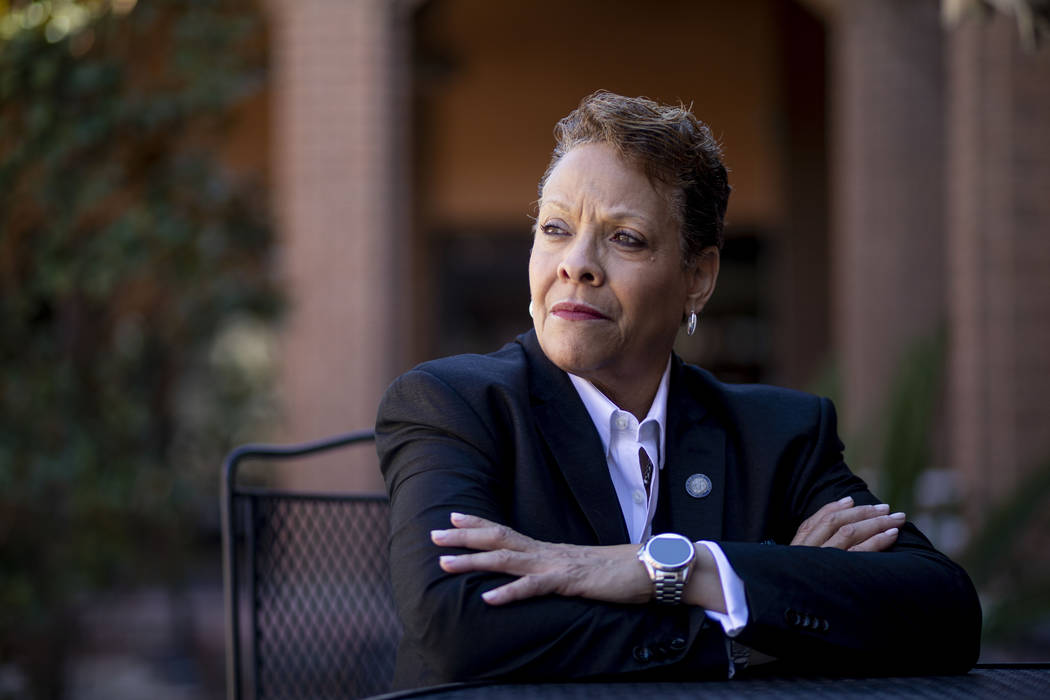 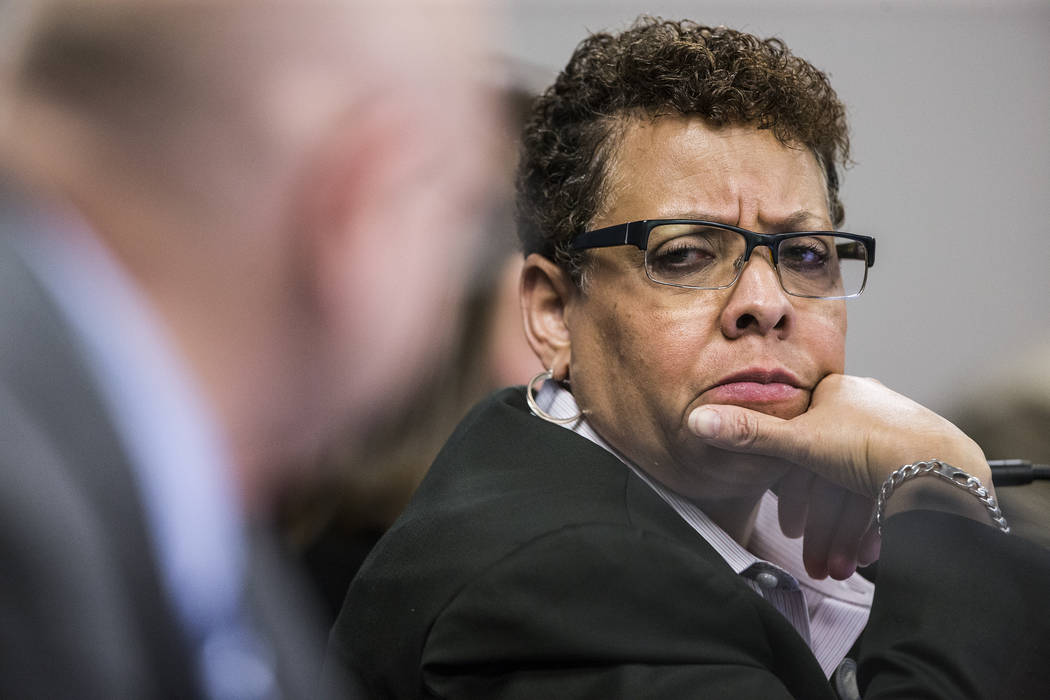 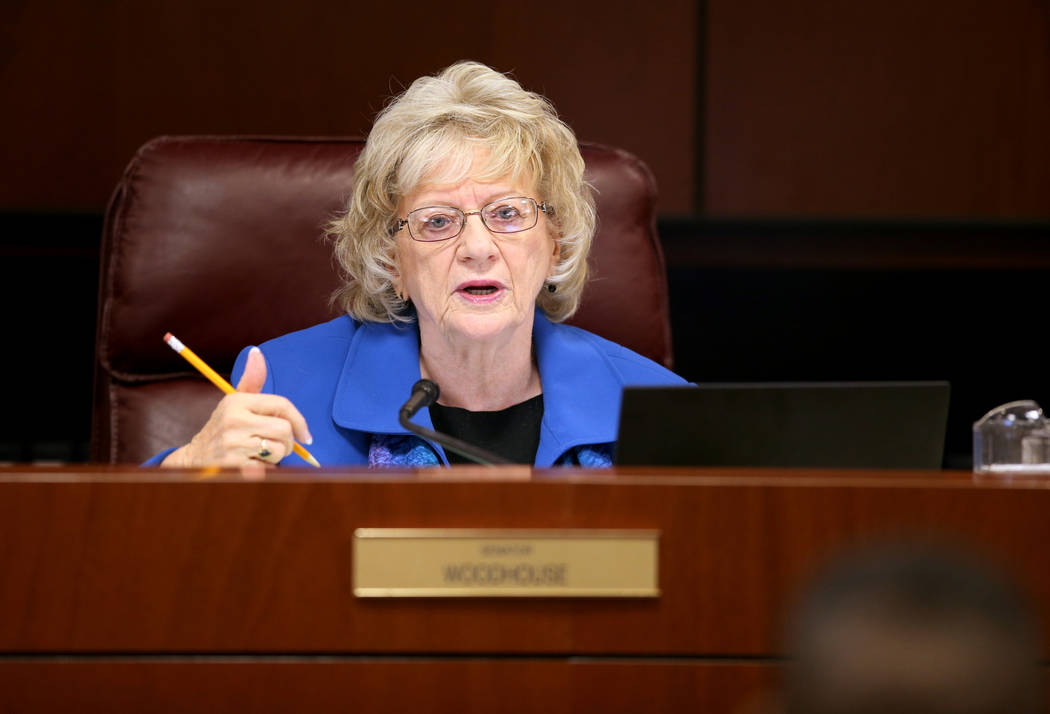 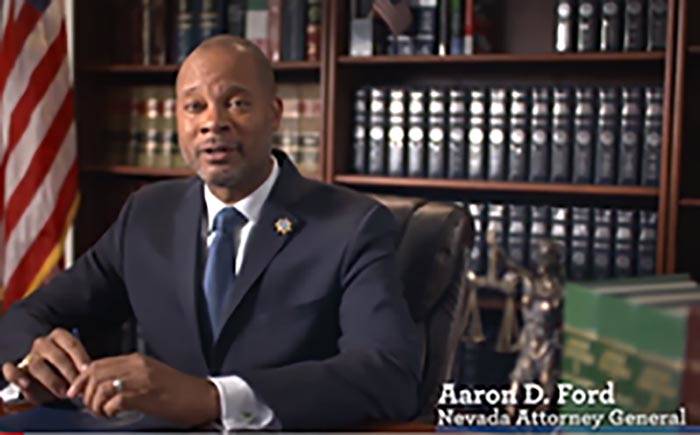 She’s a gay African American woman who served in the military when women weren’t wanted and gays were prohibited. She’s an ordained minister who served in churches still struggling with how to treat gay people.

“Equality,” she says, “might as well be my middle name.”

In fact, the word equality will always be associated with Spearman’s name, after she successfully carried the bill that in 2017 saw Nevada ratify the Equal Rights Amendment. At the time, some derided the move as purely symbolic, a distraction from more important legislative business.

But now, with Illinois and Virginia also ratifying the amendment that would bar discrimination on the basis of sex nationwide, the issue has new life, despite significant legal hurdles that remain before it’s officially enshrined in the Constitution.

In fact, she started her push to ratify the ERA in 2015, after a “red tide” election put Republicans in charge of both houses of the Legislature and all the state’s constitutional offices for the first time in decades. The bill never emerged from committee.

But after the Democrats won back control in 2016, the bill was fast-tracked. And just a month into the 2017 session, Spearman took to the Senate floor, wearing suffragist white, to argue for it.

After calmly dismissing a series of ridiculous arguments (that it would allow a person to marry the Eiffel Tower, or prohibit men from opening doors for women, for example), the woman whom colleagues call Pastor Pat brought home a fiery close.

By the time the speeches were finished and the votes were cast, there were 13 ayes and eight nays. Nevada had ratified the ERA.

“I think she is probably the most tenacious, articulate speaker on this issue that I have ever heard,” says fellow state Sen. Joyce Woodhouse. “She saw that this could happen.”

Spearman was born in Indiana, her mother a traveling evangelist who moved frequently, sometimes without having a place to stay. She remembers sleeping in the back of a 1962 Pontiac Bonneville and washing up in a gas station restroom.

She and her siblings agreed: When they turned 18, they were going to pick a place and stay there, never moving again. “I didn’t like moving a lot,” she says.

So she moved to attend college in Texas on a music scholarship. When tuition went up but the scholarship money didn’t, she moved again, to Virginia, where she had another scholarship.

But she’d joined the ROTC during college in Texas and found one of her callings in life: the military.

“I was good at it,” Spearman recalls. “It helped me with confidence.”

When an instructor drilling the new officer candidates warned that some would not successfully negotiate the training, he stopped at Spearman’s desk and looked right at her. But Spearman quickly turned to one of her classmates to assure him, “He’s not talking about me.”

Spearman ironically built a career in an institution where she’d be required to move about every three years, to places as diverse as Texas and Korea, Panama and Colorado. Spearman was a military police officer, eventually rising to the rank of lieutenant colonel in the Army.

Of all her duty stations, Spearman says she will most remember her stint at the Pentagon, but not because of the proximity to power. Instead, she recalls preparing reports for soldiers killed in action during the first few years of the Iraq War.

Spearman pauses when talking about it, her hands covering her face, recalling the numbers and names she says she can still see even after all these years. This, she says, is what animates her passion for working on issues important to veterans, and her contempt for anyone who dares to politicize military service.

“Sen. Spearman is just deeply passionate about everything she does,” says Jason Frierson, the speaker of Nevada’s Assembly. “She really puts her emotion into it.”

Frierson says Spearman has even been known to break into song on occasion, and that she’s possessed of a fine singing voice. But, above all, Spearman is authentic, he says. “What you see is what you get. She’s really genuinely the same person whether there are cameras around or not.”

A woman of God

Spearman says she left active duty – a superior officer told her she was unlikely to be promoted to full colonel – to attend seminary in Austin, Texas.

“I wanted to learn what the Bible actually said, rather than what people said it said,” she recalls.

She studied Hebrew and Greek, among other pastoral disciplines, and was ordained, first in the Pentecostal church, then in the African Methodist Episcopal church and finally as a United Methodist.

But even in the church, she says she faced discrimination. She’d be invited to preach at Baptist or Pentecostal churches but be introduced as “the speaker,” rather than as “the reverend,” a title that comes with ordination. She’d be asked to stand in places other than the pulpit, subtle but unmistakable signs that a woman preacher wasn’t as fully accepted as her male counterparts.

“The only thing those things really do, is they make you stronger,” Spearman says.

“I couldn’t keep faking it,” she says. “Every time I get in the pulpit, I’m telling the truth, but I feel like I’m living a lie.”

Eventually, she says, she grew tired of living under that cover. As the nation debated the wisdom of the “don’t ask, don’t tell” policy, Spearman came to a decision: She was done hiding. She left the ministry before finally coming out in 2010.

A memory that remains strong is her preacher mother, suffering from terminal renal failure, calling her to the bedside.

“There’s nothing wrong with you. I love you,” her mother said. That, and her life experience, led her to conclude that equality – for women, for African Americans, for gays and transgender people, for the poor – was a cause she was willing to fight to advance.

“For me, anything that has equality in it is worth fighting for,” she says. “There’s never been a time that I haven’t fought for equality.”

Spearman’s religious side is something many members of the public don’t see, but it’s something her colleagues appreciate about her.

“She was my rock,” Woodhouse says, recalling Spearman’s help during a time of personal family tragedy. “She really lifted everybody up, and I will love her to death forever for that.”

Spearman didn’t know she’d lead the ERA fight when she ran for office in 2012, a long-shot bid for state Senate against an entrenched, conservative Democrat named John Lee who’d held the seat for nearly a decade. (Outside of a stint on a school board in Texas, it was Spearman’s first elected office.) Spearman didn’t just win, she won handily, defeating Lee nearly 2 to 1 in the Democratic primary.

Not content with her bachelor’s degree in political science, or her master of divinity, Spearman went back to school while in office, earning a doctorate from Walden University in business administration, a degree that has helped her as she’s chaired the important Commerce and Labor Committee. She’s specialized in energy bills.

But she’s most famous for her fight to enact the ERA.

The defeat of the ERA in 2015 was a tough break. But Spearman has a knack for seeing what’s possible, rather than the obstacles to what’s possible. When people told her the measure was purely symbolic, she referred to the Pledge of Allegiance, a symbol of the country, or a wedding ring, a symbol of a marriage.

So if the ERA is a symbol, she says, “it’s a very powerful symbol.”

When people said the legalities would get in the way, Spearman was undaunted.

Aaron Ford, then the majority leader of the Senate, says he’d promised Spearman the bill would return if the Democrats took over the state Senate, and he kept that promise, even mentioning it in his speech to kick off the 2017 session.

“The fight for equality is something that is deep in her bones,” Ford says. “I was willing to stand on principles of equality but also on the symbolism.”

A lawyer, Ford saw the arguments on both sides of ratifying the ERA. But he also saw how much it meant to Spearman, a close friend he calls “sis” in texts.

“I think Pat Spearman is unafraid to run for the things she believes in,” Ford says. “She’s not going to be ignored.”

But Ford says she’s not a lone wolf, either.

I think she is probably the most tenacious, articulate speaker on this issue that I have ever heard

And in a game like politics, players who hog the spotlight don’t tend to generate the kind of affection that Spearman’s colleagues seem to have for her. Ford says Spearman texts him regularly with encouraging words, even now that he’s been elected the state’s attorney general.

Once Nevada had ratified the ERA, other states came calling. Spearman spoke to lawmakers in Illinois and Virginia, giving advice and helping with arguments. She addressed the National Organization for Women’s annual convention. Her philosophy was clear: Try to change the minds of people in elected office, but if you can’t do that, then change the officeholder instead.

“Once we (in Nevada) did it, it caught fire,” she says. “This is going to happen. What you have to decide is: Are you going to be standing on the right side of history, or are you going to be watching from the sidelines when it gets done?”

For Spearman, however, the fight for equality goes on.

“We’re not done yet,” Spearman says, with confidence. “Equality is breaking out all over the world. You can slow it down, but you can’t stop it.”

Spearman says she believes in “liberation theology,” the idea that Jesus came to earth to free dispossessed people from the oppression and affliction of the system and those who would exploit them.

“I’m empowered, because I believe the spirit of the Lord is upon me to do the same thing,” she says.