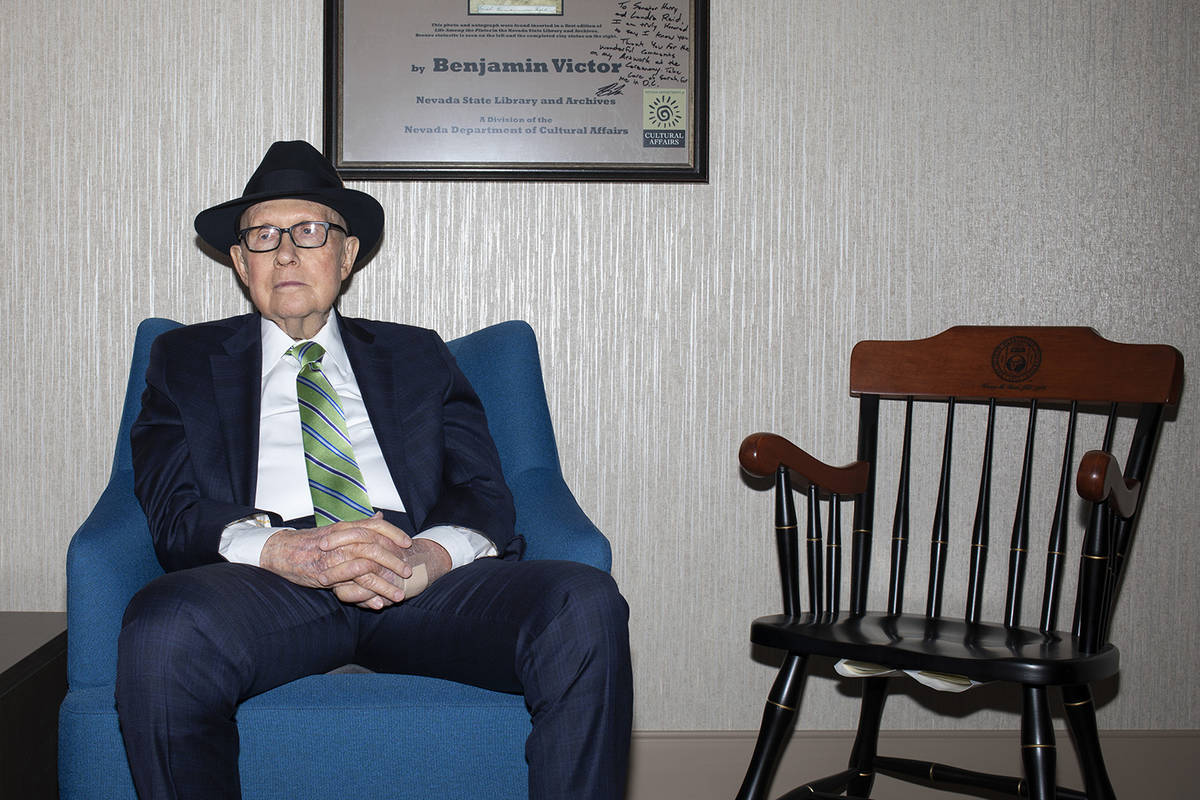 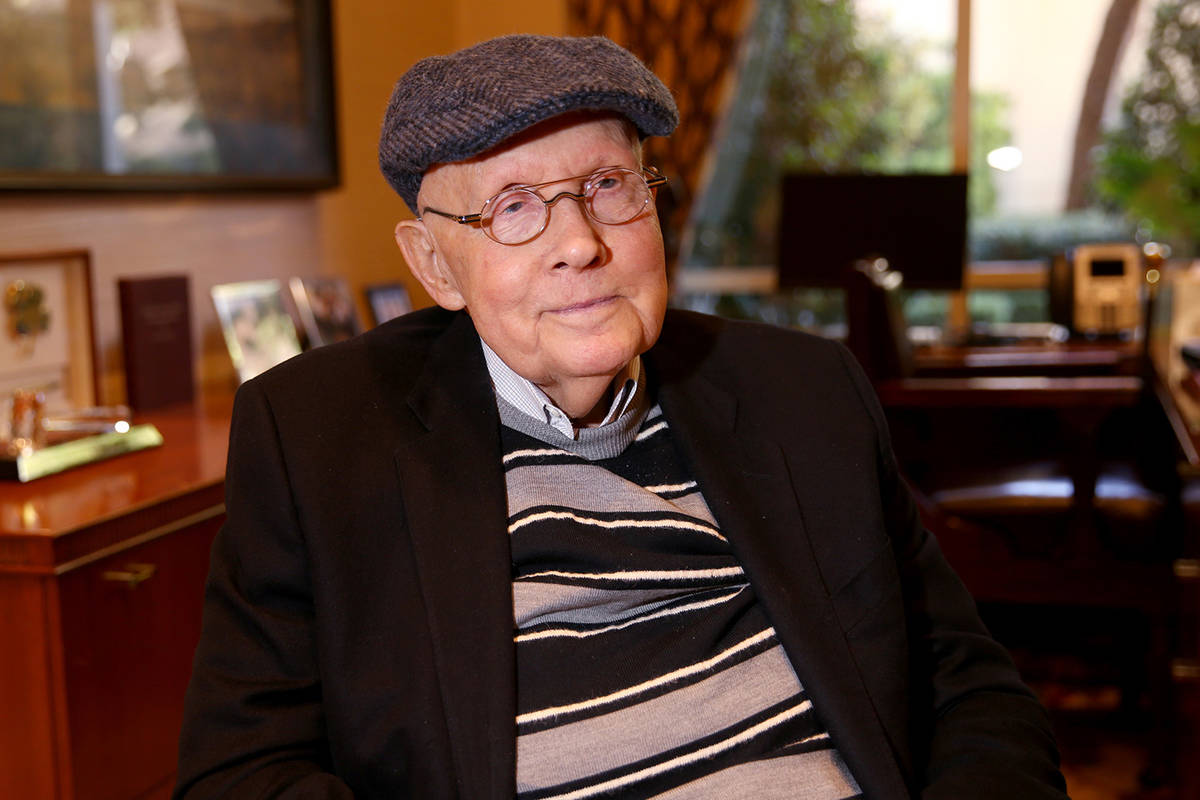 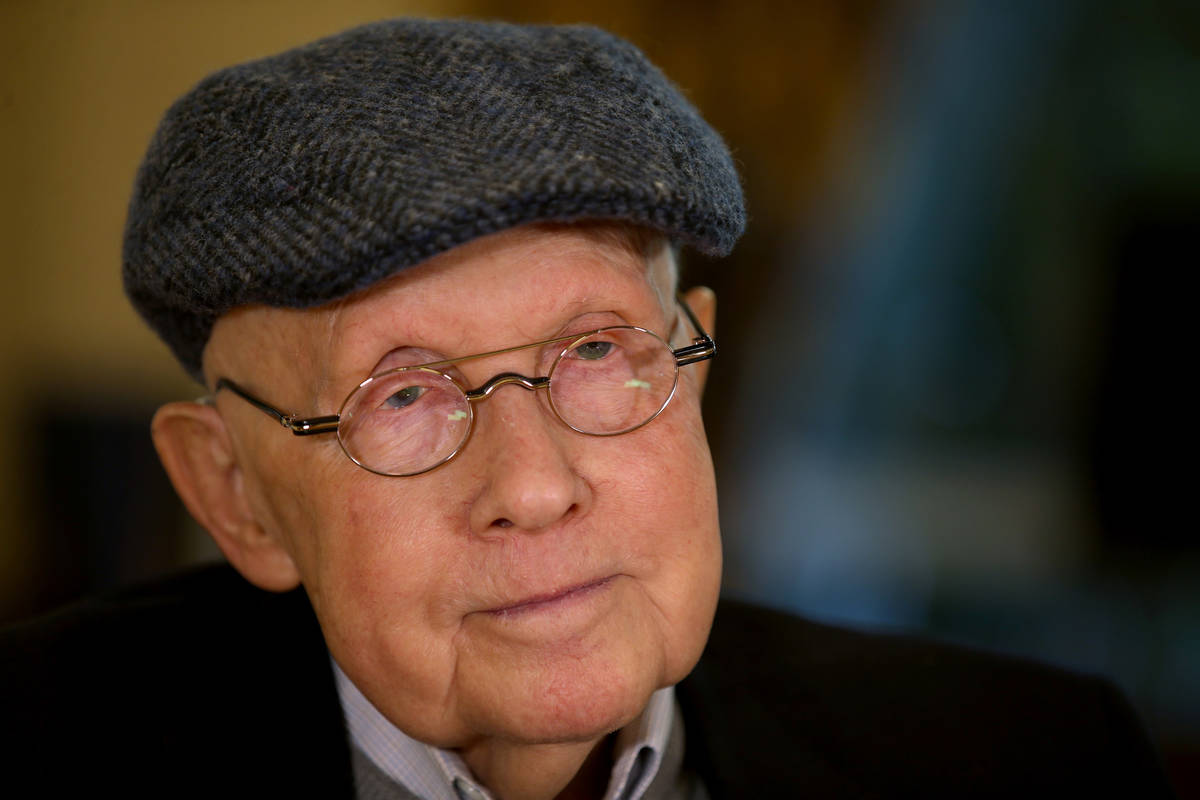 It also validates Reid’s initial efforts more than a decade ago to seek government research into accounts of unexplained events and the use of unknown technology that could pose a threat to national security.

“I’m glad I blew the horn,” Reid told the Review-Journal in a telephone interview from his home in Henderson.

President Joe Biden’s director of national intelligence is expected June 25 to release an unclassified report containing information collected by the military and government agencies on the phenomenon.

Intelligence sources cited by The New York Times in a Friday story said the report will say the task force found no evidence of alien spacecraft but could not explain sightings by military pilots of objects that moved extremely fast or exhibited unusual movement.

The report noted that in more than 120 incidents reported over the past two decades, the objects did not originate from U.S. government technology, and the report ruled out programs or craft that the government meant to keep secret.

Reid said he expects the report to disclose interesting information but will not scratch the surface of what we know, or don’t know, about unexplained events or objects over the past decades.

“I expect they are going to be fairly vague with what they come up with,” Reid said. “We don’t have enough information now to be drawing conclusions.”

Reid is credited with launching one of the first U.S. investigations into unidentified flying objects in 2007.

Reid said the upcoming report should be the basis for more congressionally approved research by the Pentagon and intelligence agencies to understand the objects that have dazzled and baffled military pilots and others.

The report by the Unidentified Aerial Phenomenon Task Force, Reid said, should not be “a one-shot deal” that precludes future inquiry.

“The U.S. government should not stop investigations now,” said Reid, who explained that his concerns are scientifically based and central to the question of whether there is a threat to U.S. defenses and the country.

“Are they a threat to national security? What’s the nature of the technology, and can the United States duplicate it?” Reid said.

The Pentagon report due this month is the result of bipartisan legislation pushed through Congress last year and signed into law by then-President Donald Trump. The law ordered an investigation because of recent reports by military personnel.

Sen. Mark Warner, D-Va., chairman of the Senate Intelligence Committee, and ranking Republican Sen. Marco Rubio of Florida ordered the report released to lawmakers and to the public, which has created a surge of interest.

Rubio has scoffed at the criticism of Congress investigating the unknown, and he and other lawmakers from both parties said science and accounts by military personnel warrant a close look.

Former President Barack Obama told CBS recently that there were records of objects in the skies “that we don’t know what they are.”

Last month, White House spokeswoman Jen Psaki told reporters that “the Office of the Director of National Intelligence is, of course, actively working on that report. And we take reports of incursions into our airspace by any aircraft identified or unidentified very seriously and investigate each one.”

“The president supports the ODNI putting together a report and following through on that commitment,” Psaki told reporters during a White House briefing.

The statements by intelligence officials, bipartisan support for investigation and public interest is validation for Reid, who risked being considered a “kook” when he pushed for congressional research a decade ago.

To this day, people interested in UFOs who flock to the Nevada Test and Training Range where Area 51 is located because of extraterrestrial conspiracy theories are considered to be “tilting at windmills.”

As Senate majority leader, Reid urged Sens. Ted Stevens, R-Alaska, and Daniel Inouye, D-Hawaii, to tuck $22 million into the Pentagon’s “dark budget” for the Defense Intelligence Agency to carry out an initial investigation in 2007.

During a chat, the Alaska senator confessed that he had seen unexplained avionics as a pilot in World War II. Other sightings and unexplained observances had been reported, and the public was already hungry for information.

Reid said in the interview that he has never seen a UFO. He said he never wants to, either.

But at the time, research and accounts led him to ask Stevens and Inouye, who oversaw congressional spending for the Pentagon as members of the Senate Appropriations Committee, to insert funding in the secret “dark budget” for research.

Reid’s Senate staffers at the time raised eyebrows. Their advice to Reid was to steer clear of the topic. He didn’t, he said, because of the reports and sightings and scientific research.

“I ignored my staff,” he said.

And, Reid said: “I was told early by friends to stay the hell away from this.”

Jim Manley, a veteran Senate staffer who became Reid’s spokesman, was never aware the senator and staff were discussing UFOs. But, Manley said, he probably would have been one of the naysayers about pursuing an investigation.

“He came up with some real crazy ideas every once in a while,” Manley said of Reid, “but this one never crossed my radar screen.”

Manley said that he, like other staffers, would have said: “Are you sure you really want to do that?” There were other ramifications to be considered.

At the time, Reid faced a tough political battle. UFO investigations were never a political issue, and he garnered just more than 50 percent to win re-election against Republican Sharron Angle in 2010.

Nonetheless, Reid said he never kept his interest or his involvement in early research on UFOs quiet for political reasons, though he was conscious of negative connotations.

It was a national security interest and technology, he said. And because much was classified, he never spoke about it until he was approached by a reporter from the New York Times in 2017.

The story unveiled the program that would become known as the Advanced Aerospace Threat Identification Program and Reid’s role in helping establish it. The former director, Luis Elizondo, also outlined his role in the program in the Times article.

Elizondo has been widely quoted lately, including his recent claims that the Pentagon is trying to discredit him with a misinformation campaign about his involvement.

“I believe that Elizondo has been treated unfairly,” Reid said, allowing that the scope of Elizondo’s work in the program might be debatable. But for some to say he was not involved at all, Reid said, “it’s just wrong. Not fair.”

Meanwhile, the retired Reid has no role in the ongoing research program but sees his early interest in getting scientific research funding as a catalyst for Pentagon efforts now.

Manley agreed. “It kind of validates his first concerns, you know, back in 2007.”

Reid’s support remains critical, in Manley’s view. Though he is no longer involved, he is “trying to help build a PR case for further investigation.” Manley observed.

The pilots spoke publicly about their astonishment in the segment, after the incident was declassified by the Pentagon. They called the experience unsettling.

Intelligence sources cited in the most recent New York Times story said the report could not rule out the possibility that the military pilots’ accounts might be spacecraft or experimental hypersonic technology being tested by Russia or China.

Weather balloons, or drones, were largely ruled out in most cases examined.

Sightings of unknown aerial objects have captured the public’s interest for decades.

But Reid credits Las Vegas reporter George Knapp, of KLAS-TV, Channel 8’s I-Team, with bringing the issue to his attention years ago. (Knapp is a former columnist for the now-defunct Las Vegas Mercury and Las Vegas CityLife, both of which were owned by the Review-Journal’s then-parent company.)

Knapp persuaded Reid to attend a convention that focused on UFOs and unexplained phenomenon.

“It was interesting,” Reid said of the Las Vegas convention. “There were some academics there and some interesting people — and a few goofballs.”

Knapp continued to give Reid information, which piqued his interest further.

Reid also talked to Sen. John Glenn, a former astronaut, and to Robert Bigelow, a Nevada real estate mogul, friend and donor, who owned a Utah ranch where unexplained sightings and events had occurred.

Once the money was tucked into the Defense Department budget, the program sought by Reid was put out for bid and awarded by the Pentagon to Bigelow Aerospace, based in Las Vegas, which was already conducting research.

Bigelow operated the program and conducted research at the ranch until funding ended in 2012.

The task force was established under Pentagon intelligence and security officials to gain insight into unidentified aerial phenomena and to determine whether they pose a national security threat.

And public interest in the subject exploded when documentation by the former Navy pilots was declassified, allowing a first glimpse and access to the witness accounts of the phenomena off San Diego.

Warner and Rubio inserted language into coronavirus relief legislation last year that included a report to lawmakers on findings and information sharing with other intelligence agencies.

The former Nevada senator is in high demand for interviews now as media await the report’s release. “People are tremendously interested in this now,” Reid said.