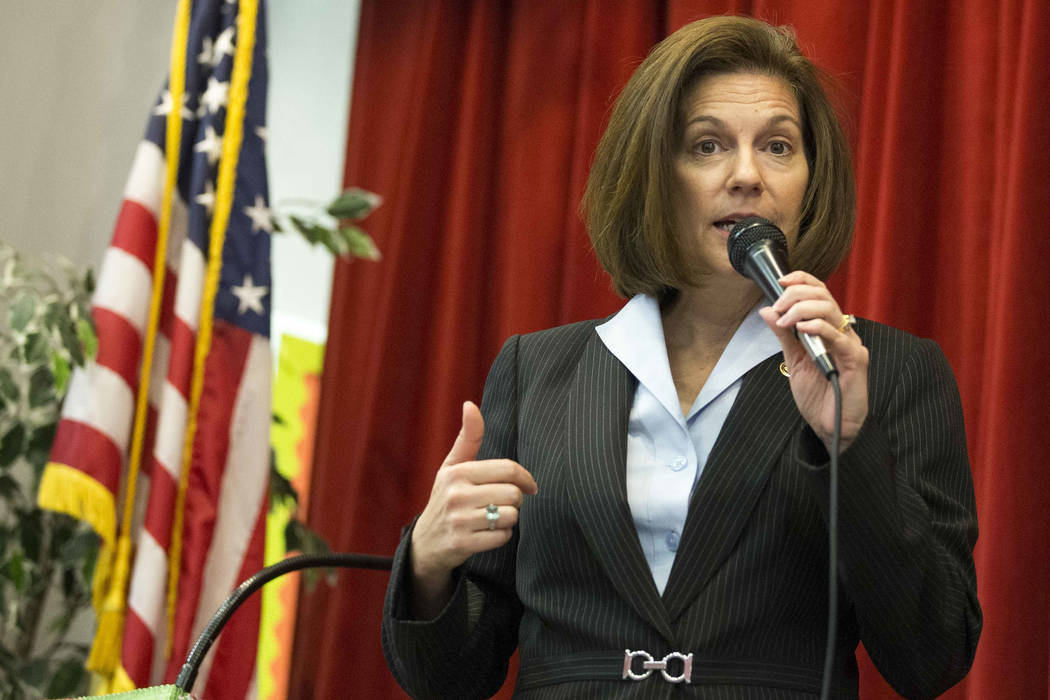 WASHINGTON — A federal judge on Thursday denied a request by Nevada officials for a temporary restraining order against the federal government in hopes of preventing more plutonium from being shipped into the state.

The secret transfer of one-half metric tons of weapons-grade plutonium from South Carolina to the Nevada National Security Site, 65 miles northwest of Las Vegas, was revealed in a court filing Wednesday by Bruce Diamond, the general counsel for the National Nuclear Security Administration.

In a statement issued Thursday, the Department of Energy said that it is “inaccurate” to say that Nevada’s congressional delegation was not told of the shipment.

“Efforts were made to ensure that members of Congress representing the states involved were notified of the planned movement ahead of time, as early as August 2018 when NNSA publicly released the plan in a Supplement Analysis,” the DOE said in a statement. “Since then, NNSA confirmed that it was ‘actively engaged’ in removing one metric ton of plutonium from South Carolina to Nevada, Texas, and New Mexico.”

The NNSA also plans to move one-half metric ton to a plant near Amarillo, Texas, this year.

Later Thursday, an animated Sen. Catherine Cortez Masto, D-Nev., grilled federal officials during the closed-door briefing. Minutes later she told reporters she “expressed my dismay and outrage” at the “sham” perpetrated by government officials who betrayed the trust of Nevada and lied in federal court about the status of the shipment.

“That was the most outrageous part of this,” said Cortez Masto, who with fellow Nevada Democrat Rep. Steven Horsford, quizzed the NNSA administrator and general counsel.

Nevada Gov. Steve Sisolak and Attorney General Aaron Ford directed the state’s team of legal, transportation and nuclear projects experts to develop a strategy to stop future shipments of plutonium, remove the materials that were shipped or seek sanctions against federal officials who the state alleges “misled” the federal court, which included the request for the restraining order.

Sisolak said in a statement Thursday that his administration is “committed to aggressively litigating to keep this dangerous nuclear material out of our state.”

In a legal declaration filed in Nevada, Diamond said that the shipment of plutonium from the Savannah River Site in South Carolina occurred before Nevada filed a lawsuit in November to stop the transfer.

The Energy Department and NNSA declassified information Wednesday to notify the federal court in Nevada, and the state. Because of the shipment, the federal government now argues that Nevada’s lawsuit is moot.

DOE was under a federal court order in South Carolina to move the plutonium and argued that the transfer of material to Nevada was done to comply with that order. The federal government did not disclose the shipment during a federal court hearing in Reno this month, and Du asked that no shipment take place until she ruled on Nevada’s request.

Sisolak said the federal government “lied to the state of Nevada, misled a federal court and jeopardized Nevada’s families and environment.”

The senator and Horsford are seeking a tour of the security site and congressional oversight hearings.

Cortez Masto said she will use her position on the committee to conduct oversight of the DOE and NNSA budgets and to make sure “what they have shipped to Nevada now will not stay long.”

“They breached our trust,” she said, adding that Energy Secretary Rick Perry misled former Nevada Gov. Brian Sandoval, who was a friend of the secretary, about the shipment.

“I do not trust Secretary Perry,” Cortez Masto said, and she vowed to grill the Cabinet member when he appears before her committee later this year.

The NNSA has said the transfer of the plutonium to Nevada is temporary until it can be shipped to Los Alamos, New Mexico, where it can be processed for weapons.

The federal government has not disclosed the route used when the materials were shipped to Nevada from South Carolina, but previous documents show a possible travel scenario along Interstate 40, through Memphis, Tenn., Albuquerque and south of Las Vegas. The documents did not disclose how the material would travel the final leg north to the Nevada National Security Site.

Nye County, which includes the Nevada security site, had sought additional National Environmental Policy Act studies before the plutonium was transferred, and did not agree that long-term staging of large quantities of plutonium was included in the site’s mission.

But Darrell Lacy, Nye County’s director of the Nuclear Waste Repository Project Office, said that while county officials wished the studies had been conducted, they understand that the site “is one of only a handful of locations currently approved for handling plutonium and other special nuclear materials.”

DOE has trained Nye County and state law enforcement and emergency crews how to handle an emergency at the site.

“We assume that the shipments of these type of materials are a routine matter in Nevada,” Lacy said. “We do not think this movement of 1,000 pounds of plutonium placed our residents or the environment in a high-risk situation.”

The site is the previous Nevada Test Site, where the government detonated nuclear weapons in the 1950s. Mushroom clouds appeared on the skyline from the above-ground explosions and were seen in Las Vegas.

But communities in the region, particularly those in the intermountain area downwind of the tests, paid the price from the fallout.

In a letter to Congress in 2017, Sandoval told federal lawmakers that Nevada had made its contributions to nuclear science and argued against the federal government using the state for nuclear testing or waste storage.

Sandoval said the state was host to 928 nuclear tests, 100 of which were above ground, which resulted in $1.9 billion in damages paid over 25 years to victims who were exposed to deadly levels of radioactive material.