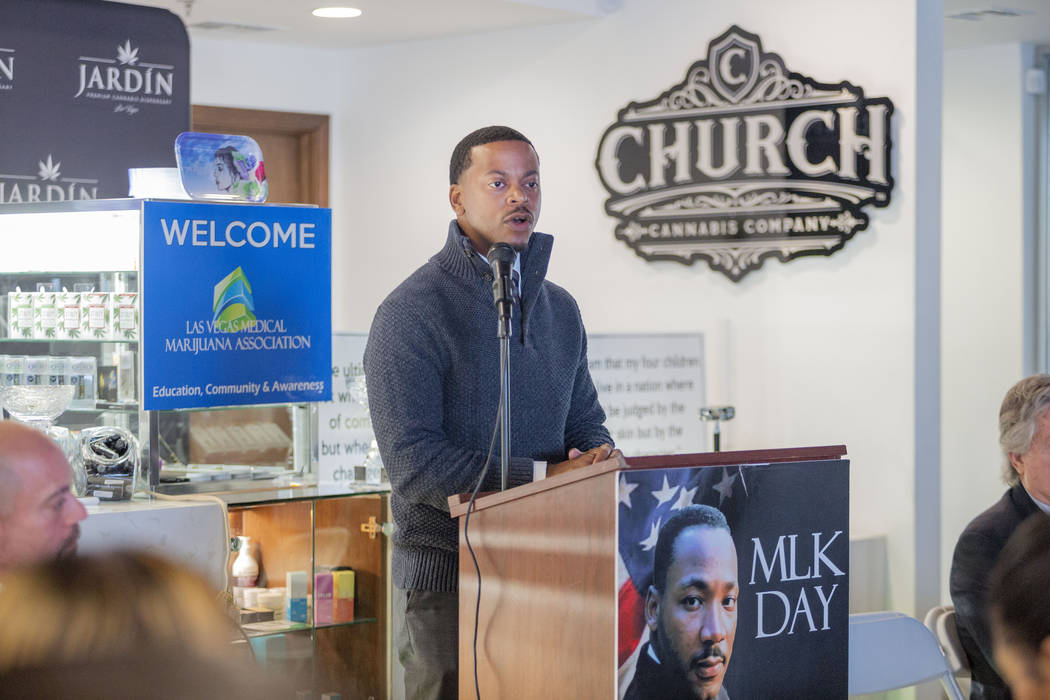 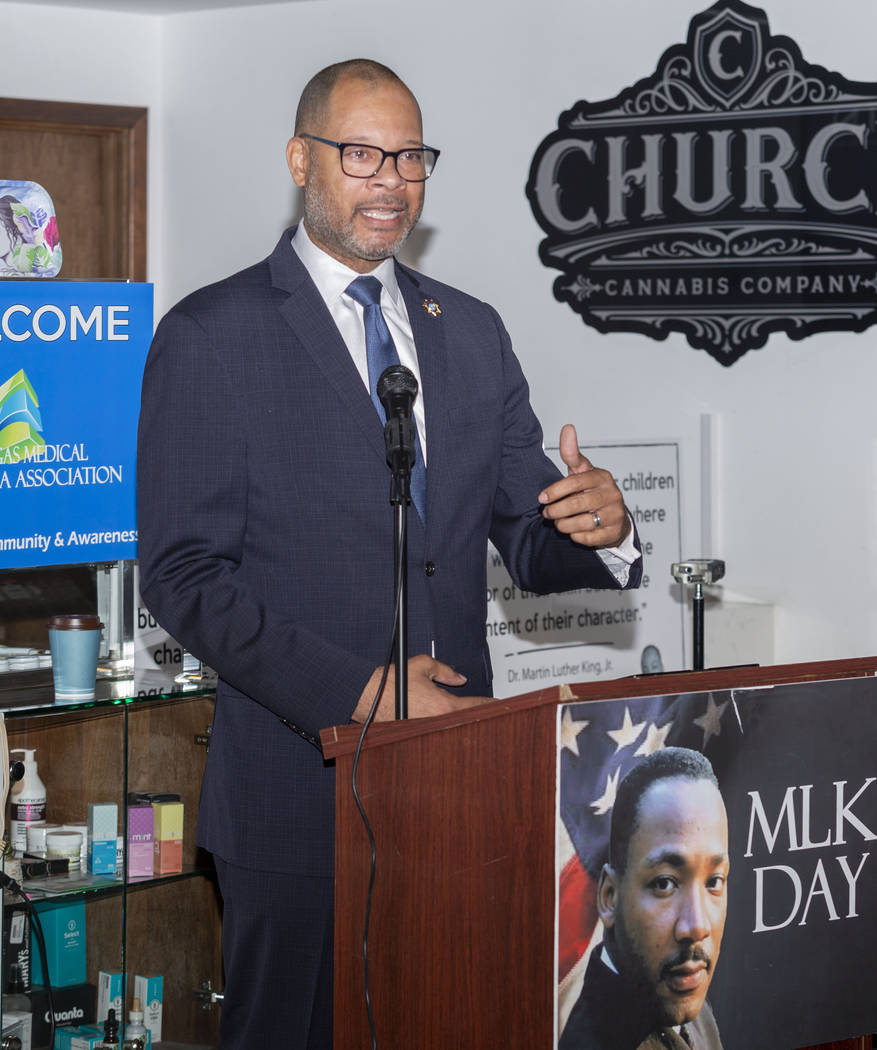 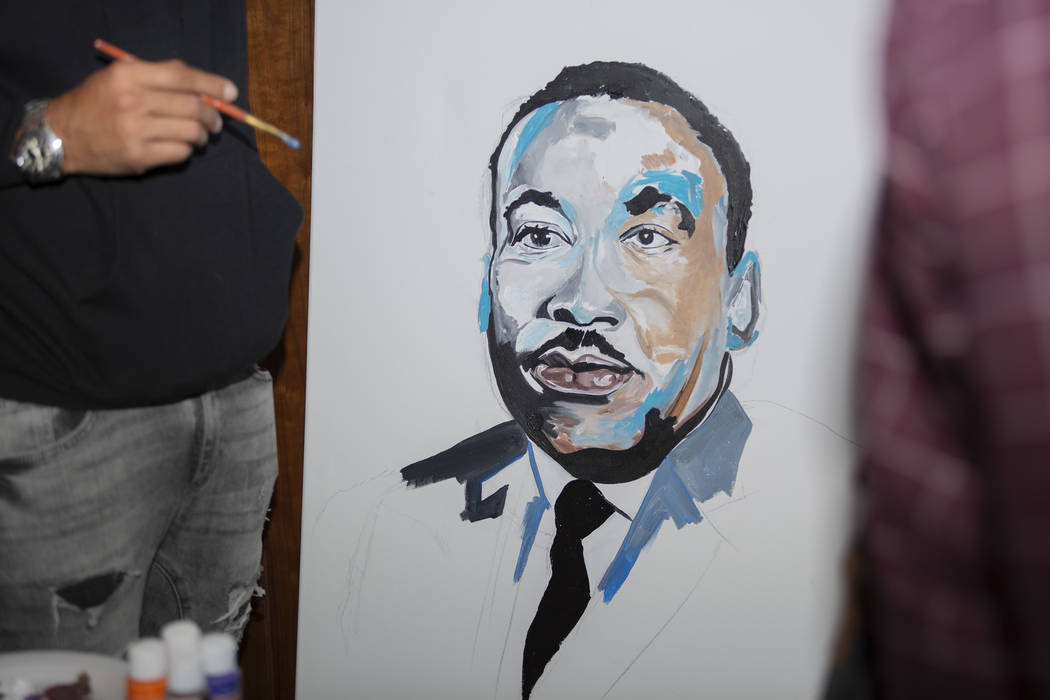 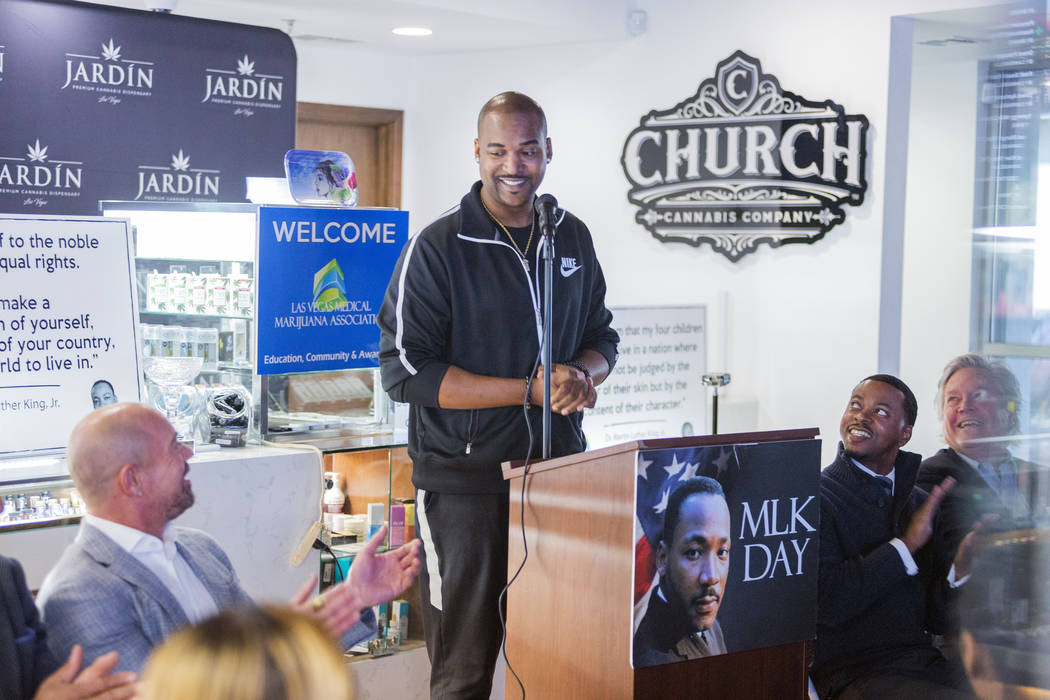 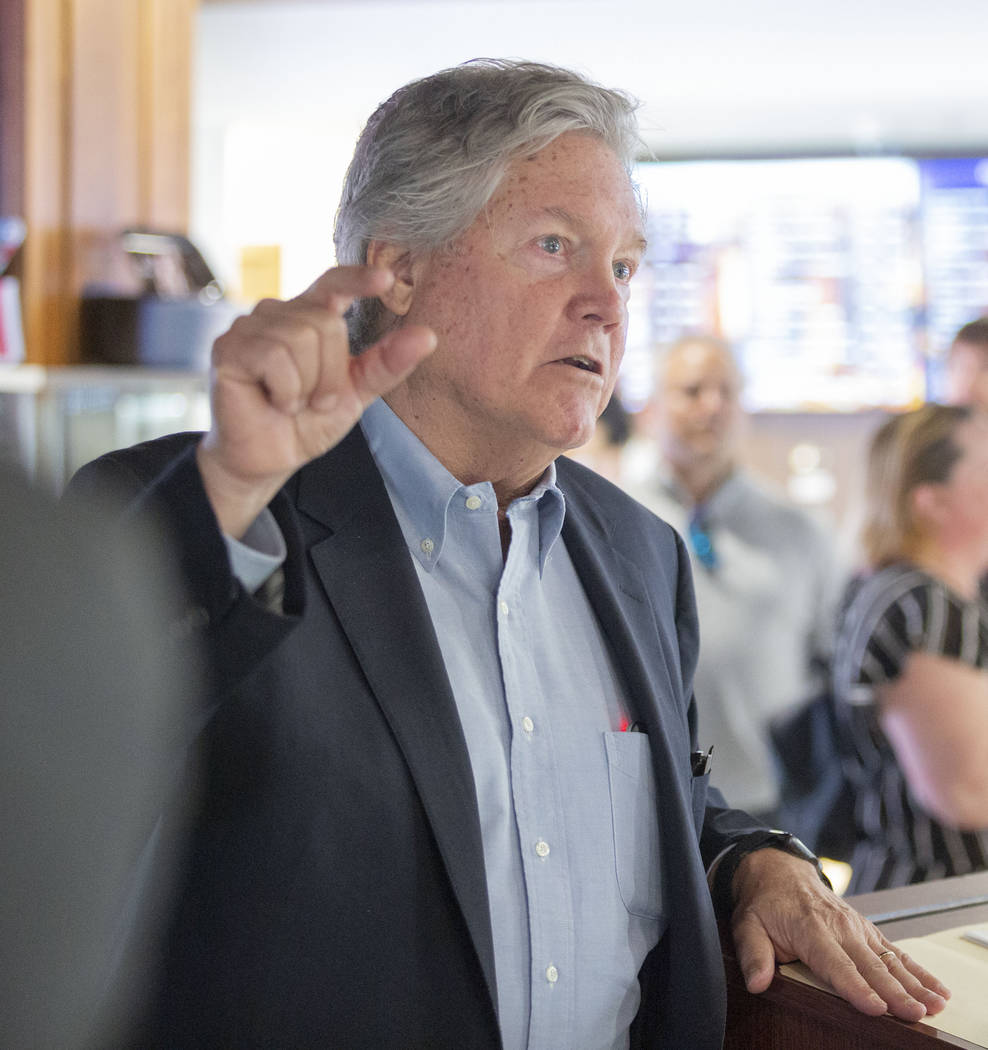 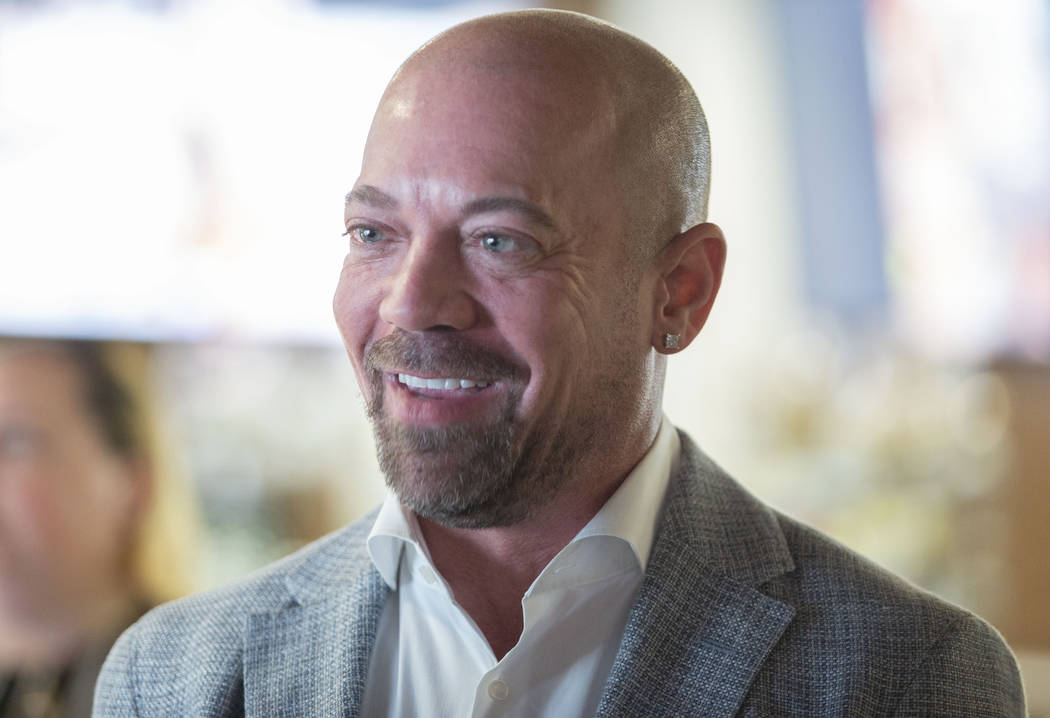 “Dr. King said, ‘Law and order exists for the purpose of establishing justice,’” Ford told a few dozen people gathered on the Jardín store floor, as customers shuffled in and out. “And when they fail in this purpose, they become the dangerously structured dam that blocks the flow of social progress.”

Ford was joined by Assemblyman William McCurdy II, Clark County Commissioner Tick Segerblom and others to commemorate the legacy of Rev. Martin Luther King Jr. at Jardín, which hosts the annual event with the Las Vegas Medical Marijuana Association.

Ford described a moment in which, as a Nevada state senator in 2013, he learned during a hearing that marijuana’s criminalization was based on untrue and racist propaganda. It did not make people of color go crazy. It is not addictive. It does not lead to more serious drug use.

But its criminalization targeted African Americans for more than 70 years, Ford said. By changing the laws, reversing convictions and ensuring that African Americans have a place in the prosperity created by the state’s growing cannabis economy, communities that have suffered under the war on drugs can start to benefit from cannabis, he said.

McCurdy and Segerblom echoed many of Ford’s statements, saying the war on drugs disproportionately affected people of color. Tax income from cannabis sales now funds schools and efforts to expunge minor drug offenses that have kept many people of color from getting jobs, owning homes and pursuing other opportunities.

Both said Nevada must continue in that direction by legalizing cannabis lounges and ensuring that people of color have a way into that industry.

The event also featured remarks from DJ Infamous, a brand ambassador for Jardín and touring DJ for rapper Ludacris, and readings of various King quotes. It was the third time the medical marijuana association gathered community members to remember King.

Jardín co-owner Adam Cohen said the jobs, investment opportunities and community offered to people of color through the cannabis industry are improving lives after 70 years of misinformation.