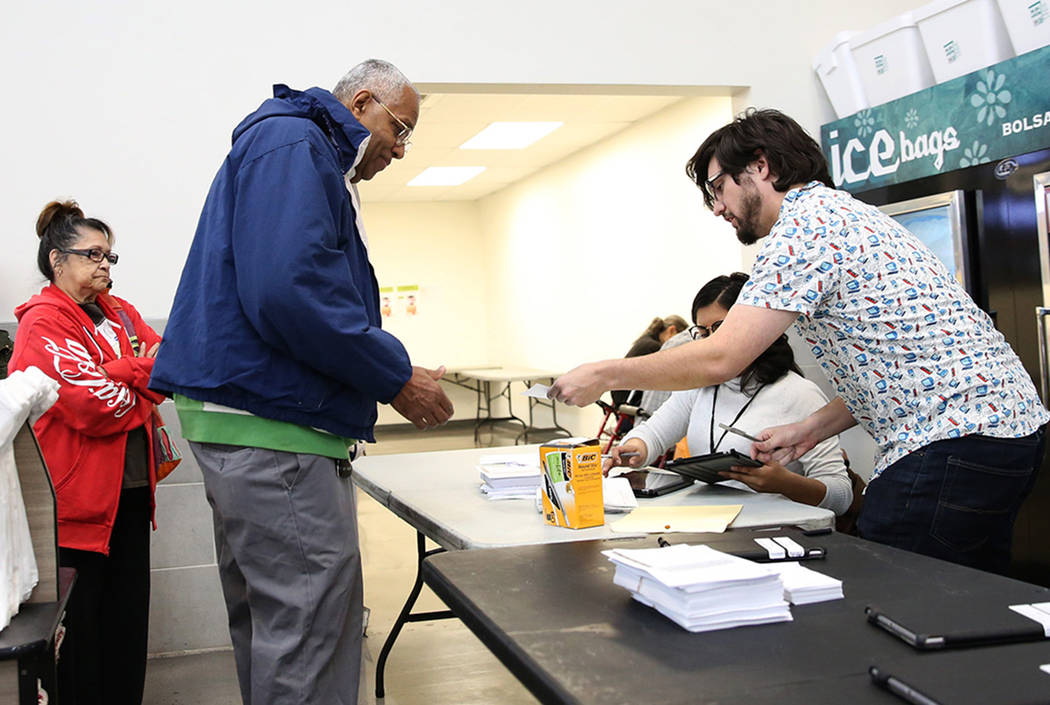 New details on how the Nevada State Democratic Party will use technology to count voters and determine delegates in Saturday’s caucuses were revealed during a Tuesday night demonstration of the party’s “caucus calculator.”

Executive Director Alana Mounce and Caucus Director Shelby Wiltz held a mock caucus for about 15 news reporters at its Las Vegas headquarters, where they detailed how the calculator will assist precinct captains at more than 1,700 caucuses across the state.

The Google Form imitated much of what the paper caucus sheets and posters used in previous caucuses. Precinct captains will once again fill out those sheets and announce the numbers and totals they are using to caucusgoers at every step of the way. Volunteers are being trained this week on the processes.

Logins for the calculator are included in the packets each precinct captain receives.

Four days of early caucusing concluded on Tuesday. According to the party, more than 36,000 Democrats participated in the first three days.

Each of these voters was required to have their voter identification number from the Nevada secretary of state’s office attached to their preference cards.

The results from these cards will be scanned and uploaded to the calculator, which has been installed on more than 2,000 party-bought iPads. Each of these iPads will be hand-delivered to the around 250 caucus sites by party staff. The calculator and its associated form will not activate until Saturday.

The calculator will automatically pull in early voting preferences once the volunteer caucus chair reaches that point in the event. During the demonstration, the totals populated as explained.

Because some of the early voting sites did not use the iPads to check voters in due to delays in the devices’ response time and long lines of voters, the party had to manually input some data, Wiltz said. Asked if there had been any errors in this process, Wiltz said she was not aware of any.

Wiltz said all caucus site locations were tested for connectability to cell and internet service, but there is a backup plan.

Should the iPad lose internet or cell service, the chair will be instructed to use a series of paper backup sheets, each of which will have about 20 unidentified voters’ preferences listed. The volunteer is to then manually add up the first-choice preferences and add them to the in-person caucus totals for corresponding candidates.

If candidates do not reach the viability threshold, typically 15 percent of the total voters participating in the caucus, then the chair must manually determine the early voters’ new choice using the sheets.

The calculator will automatically determine viability and final delegate counts once simple counts are entered into the forms, but captains will also work these numbers out on the traditional paper caucus math sheets.

The final page of the Google Form tells the captain to use a hotline to phone in the results. Asked about this, Wiltz said the calculator will not transmit any actual results, and the precise result reporting process will be revealed at a later date.