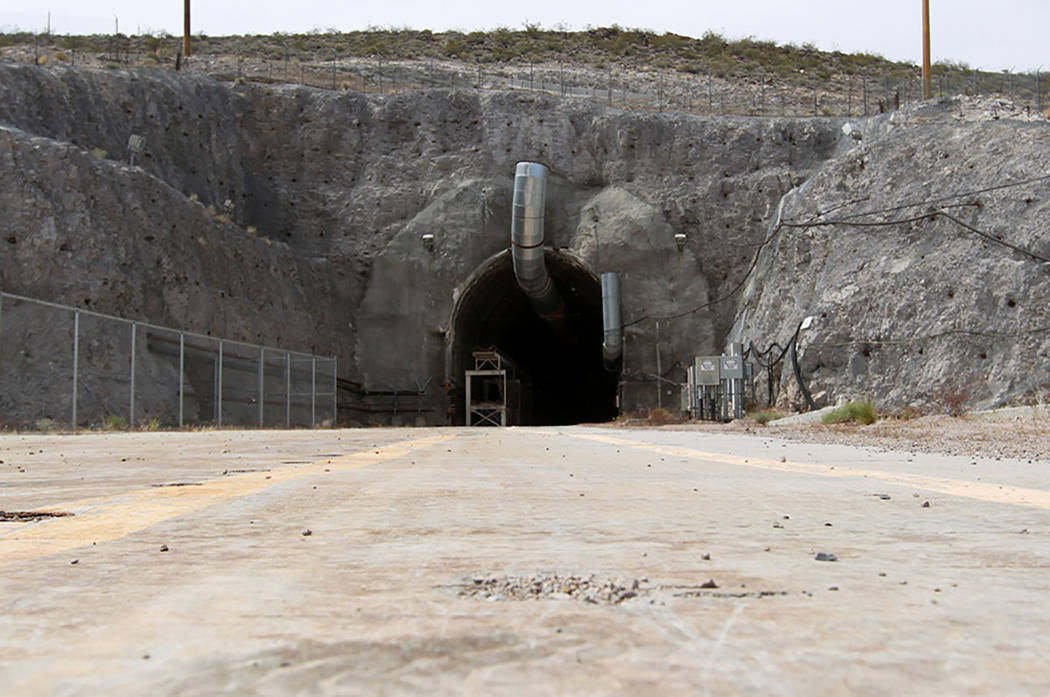 WASHINGTON — Nevada’s bipartisan congressional delegation united Wednesday against a bill to revive the licensing process on an Energy Department application to open Yucca Mountain as a nuclear waste repository.

The state’s lawmakers also tried unsuccessfully to shape the bill through amendments.

Rep. Mark Amodei, R-Nev., had supported the licensing process. But he told the Las Vegas Metro Chamber of Commerce on Tuesday that he would vote against the bill after the House Rules Committee declined to allow a vote on his amendment, which sought an array of items including a new ZIP code for Storey County.

The Rules Committee allowed only one amendment from the Nevada delegation — language by Rep. Dina Titus, D-Nev., to require consensus-based siting for permanent repositories.

She convinced the Rules Committee that lawmakers should vote on whether consensus-based siting should be required, similar to the provision for interim-based siting.

On the House floor Wednesday, Titus said allowing consensus-based siting would move the process forward in selecting storage sites in states that want the waste.

“That would be the way to solve the problem,” she said.

If passed, the Titus amendment would effectively kill the Yucca Mountain project because of a lack of state, tribal and regional support. Only rural Nevada counties support the project.

The Titus amendment will be voted on Thursday when the House takes up the Nuclear Waste Policy Amendments Act of 2017, written by Rep. John Shimkus, R-Ill., which would withdraw 147,000 acres from Nye County, home to Yucca Mountain, to serve as a repository for nuclear waste produced at power plants in 39 states.

A growing stockpile of nuclear waste prompted lawmakers to include a provision in the bill to increase the capacity of waste stored at Yucca Mountain by 37 percent.

Also in the bill is language to revive licensing hearings by the Nuclear Regulatory Commission on the Department of Energy’s application to construct the Yucca Mountain repository — a process that could take up to five years.

Shimkus called the House vote a historic opportunity to solve a national problem and “comply with the law as it was written.”

Congress voted in 1987 to designate Yucca Mountain as the nation’s permanent nuclear repository. After spending $15 billion to study and research the site, DOE sought an application to construct the facility.

The licensing process was halted, however, in 2011 when the Obama administration cut funding for the project. President Donald Trump proposed reviving the process last year.

Reviving the Yucca Mountain licensing process died last year in the Senate, where key lawmakers have proposed differing approaches from those in the House to deal with nuclear waste disposal.

Sen. Dean Heller, R-Nev., said he would place a hold on the bill in the Senate if the House passes the legislation. Sen. Catherine Cortez Masto, D-Nev., also opposes the project.

“Presidential hopefuls shouldn’t bother coming to Nevada if they support Yucca Mountain,” Cortez Masto said. “Congress already wasted more than $15 billion on a hole in the ground that over 55 percent of Nevadans oppose.”

Congressional Democrats from Nevada have long opposed the Yucca Mountain project, bolstered by conservation groups and business leaders who came out this week and urged House leaders to scuttle the program.

In addition to Titus, Rep. Jacky Rosen, D-Nev., and Rep. Ruben Kihuen, D-Nev., submitted amendments to the Rules Committee. They were not agreed to.

Rosen’s amendment would have directed the Office of Management and Budget to look at alternative uses for the Yucca Mountain site. Kihuen sought studies on the socioeconomic impact of the project, paid for by nuclear waste fee collections. He also wanted a change in the funding mechanism for the project.

Amodei’s amendment contained a hodgepodge of items, including one requiring a reprocessing study for spent nuclear fuel at Yucca Mountain.

The amendment also called for research and studies conducted by the Nevada System of Higher Education, highway designations and a new ZIP code for Storey County.

The items caused some grumbling among Las Vegas business leaders who saw the amendment as horse trading.

But tensions were smoothed over later when the Rules Committee dismissed the amendment and Amodei told the Las Vegas Metro Chamber of Commerce he would vote against the bill.

An Amodei spokeswoman said the amendment was an attempt to dictate terms in the Yucca Mountain bill that would benefit all of Nevada.

The bill passed out of the House Energy and Commerce Committee last year on a 49-4 vote. Shimkus said he expects an overwhelming, bipartisan vote for passage in the House on Thursday.