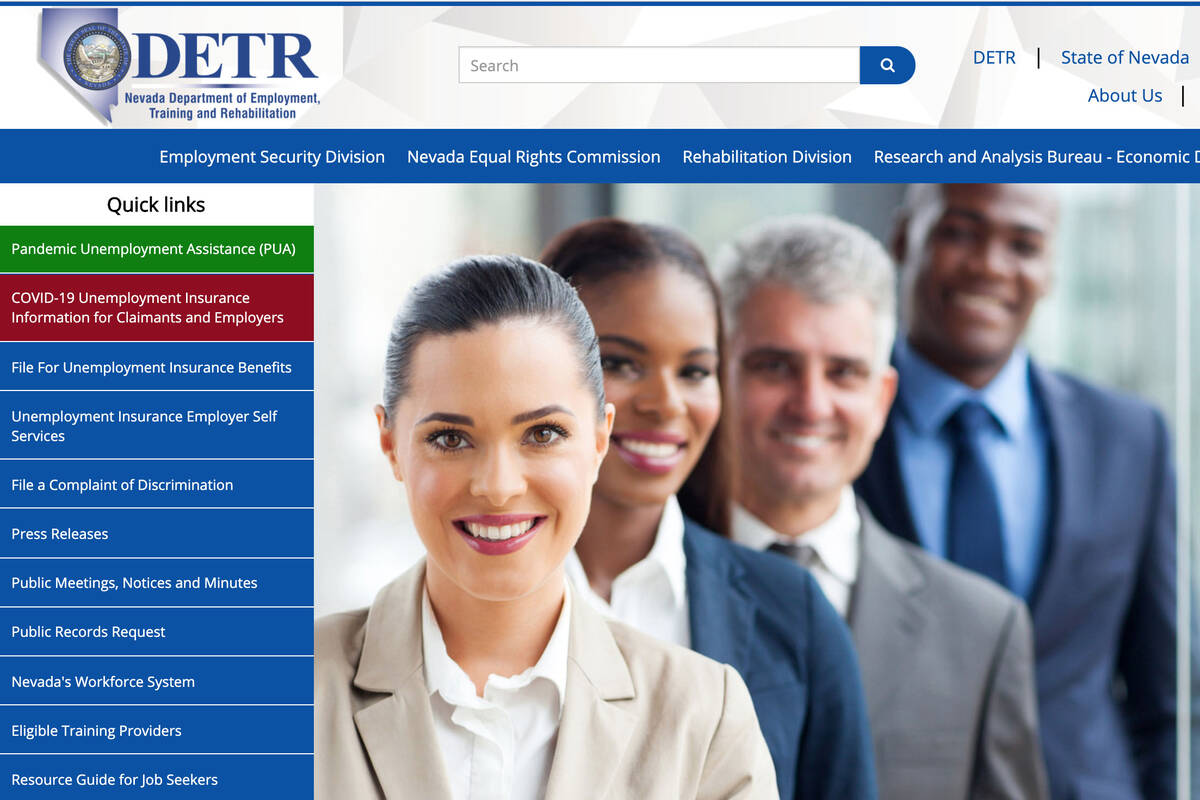 The state’s unemployment rate held steady for the second month in a row — remaining at a seasonally adjusted 5 percent in April, unchanged from March.

The Department of Employment Training and Rehabilitation reported Tuesday that last month’s rate is a 3.6 percent decline from April 2021.

A county-level breakdown showed Lincoln County experienced the largest over-the-month change with the unemployment rate increasing by 0.6 percent from March to 2.8 percent in April.

Eureka — the smallest county in-terms of population size — reported the second largest jump compared with March, increasing by half a percent to 1.9 percent for April. But even with the increase Eureka is still the county with the lowest unemployment rate in the state.

Clark County had the highest unemployment rate at 5 percent.

In the three metro areas, DETR said Las Vegas had a rate of 5 percent for April, 2.7 percent in Reno and 3 percent in the Carson area.

Nevada has shown significant improvement in its labor market, as measured by the unemployment rate, coming out of the pandemic. At its peak, the unemployment rate reached 28.5 in April 2020 and remained in the double digits until January 2021 when it dropped to 10.2 percent.

Nationally, the unemployment rate also remained unchanged over the month at 3.6 percent for April, 2.4 percentage points lower compared with April 2021, according to the Labor Department.