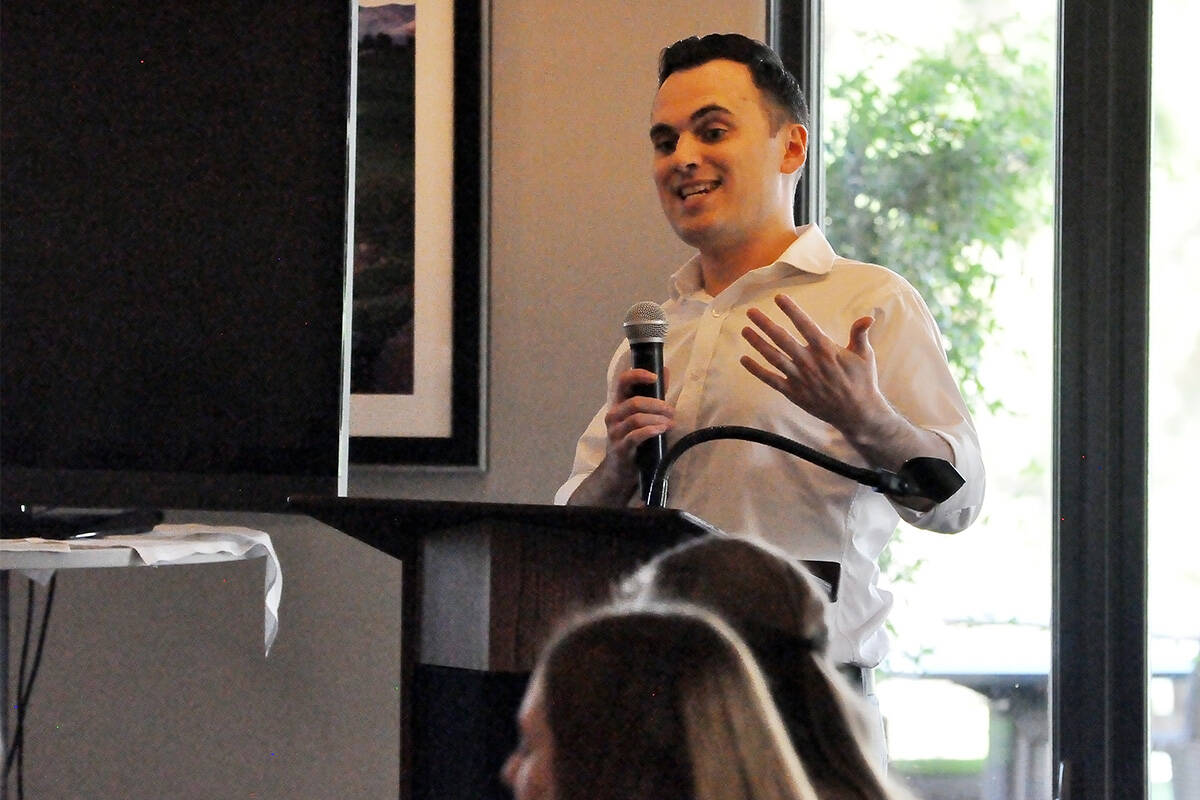 The Nevada Policy Research Institute filed an appeal Friday after a Clark County District Court judge ruled that public employees are allowed to serve simultaneously as lawmakers in the Nevada Legislature.

“We’re excited that this issue now is going to be placed squarely before the Nevada Supreme Court for resolution,” said Robert Fellner, vice president of the Nevada Policy Research Institute. “The law is really clear that government employees shouldn’t be serving in the Legislature.”

The Nevada Policy Research Institute, a private nonprofit research organization focused on limited government and free-market policies, filed a complaint in 2020 alleging that lawmakers serving on the state Legislature while also working as employees for state and local government entities violated the separation-of-powers clause of the Nevada Constitution.

That clause says that the powers of government are divided between the legislative, executive and judicial branches, and that “no persons charged with the exercise of powers properly belonging to one of these departments shall exercise any functions, appertaining to either of the others, except in the cases expressly directed or permitted in this constitution.”

After a multiyear battle between the parties, Judge Jessica Peterson ruled Wednesday in favor of the four Democratic legislators named in the lawsuit, saying that lawmakers who are employed as public employees are not in violation of the state constitution’s separation-of-powers rule.

Assemblywoman Brittney Miller and Assemblywoman Selena Torres, who are teachers in Clark County School District, State Sen. Dina Neal, an adjunct professor at Nevada State College, and State Sen. James Ohrenschall, a deputy public defender in Clark County, are the defendants. The Nevada State Legislature also became a defendant in the lawsuit when it filed a motion to intervene in December 2020.

“The Court finds that the integrity of the legislative and executive branches is not threatened by a public school teacher, a public defender, or a professor simultaneously serving as legislator,” Peterson wrote.

But there is a clear, theoretical reason why the Nevada Legislature should not be made up of government employees, Fellner said.

“I don’t think these people are openly trying to do harm,” Fellner said. “It’s just a conflict.”

Education, for example, is a hot-button issue in Nevada, and breaking up the Clark County School District is a possible solution, Fellner said. Employees of that district may be less inclined to implement reforms that harm or shake up their employer, Fellner said.

Peterson ruled that state employees are separate from state officers, as they do not make any policy as employees. Fellner and the institute disagree and think the Nevada Supreme Court will interpret the Nevada Constitution like they do.

Attorney Bradley Schrager, who represents Miller and Torres, said the judge made a “well-reasoned decision” that the defendants have not violated the Nevada Constitution.

“We have a citizen legislature,” Schrager said. “The people of Nevada wanted to have the broadest possible choice of eligible candidates to have them represent them in the Legislature.”