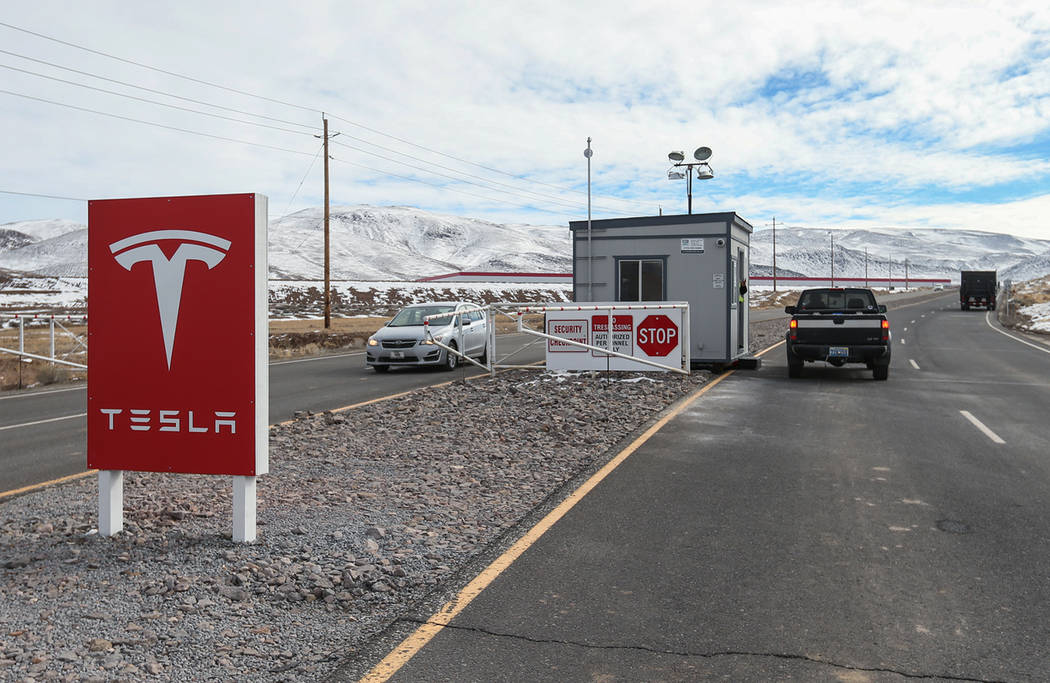 Traffic moves past the main gate of the Tesla gigafactory in the Tahoe-Reno Industrial Center, east of Sparks, Nev. on Wednesday, Feb. 3, 2016. The approximately 10 million square foot lithium-ion battery facility can be seen at center rear. Cathleen Allison/Las Vegas Review-Journal

CARSON CITY — Lawmakers on Wednesday approved a new wastewater pipeline aimed at attracting businesses to Northern Nevada that could cost upward of $60 million.

The 13-mile pipeline would funnel wastewater from the Reno-Sparks area to the Tahoe-Reno Industrial Center, the business park about 10 miles east of Sparks that is home to the likes of Tesla, Switch and Google.

Supporters of the project said the pipeline will help ensure area businesses’ water needs are met and allow the state to attract more high-paying jobs to the area.

Jeremy Aguero of Applied Analysis, who testified at the meeting, said it will also bring environmental benefits.

Aguero said 4,000 acre-feet of effluent water ultimately ends up in the Truckee River, introducing high levels of nitrates that can be devastating for the water’s native fish species.

“This pipeline diverts 4,000 acre-feet of water from the water reclamation facility and shifts it to Storey County and the Tahoe-Reno Industrial Center to strengthen and expand the state’s economy,” Aguero said.

The public funding would come via $35 million in bonds that would need to be repaid by the industrial park businesses over 25 years. Interest and inflation would bring that number closer to $60 million by the end of the term.

The companies would be on the hook for project, and if they were delinquent in repaying the debts, the state could foreclose on their properties and sell the land.

The companies would also invest upward of $100 million for other infrastructure needs to make sure the water is usable.

Some lawmakers disagreed with how the project will be funded.

The $35 million bond will be repaid using in part via property taxes that the companies at the park pay to the county. But rather than a tax increase, the formula designates a portion of their normal payment toward paying off the bonds.

State Sen. Pete Goicoechea, R-Eureka, said that method effectively diverts money that would go into the state’s general fund. And while he supported the pipeline and lauded the environmental benefits it will bring, Goicoechea said he was “struggling to ask the state to pay for it.”