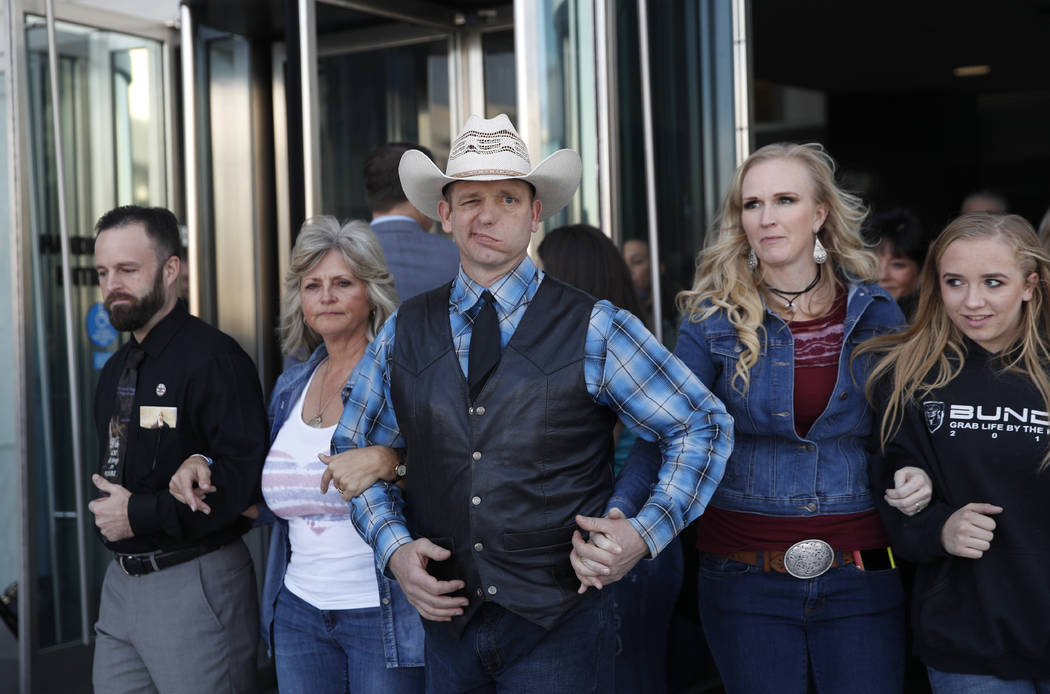 The 45-year-old Mesquite resident says he intends to file candidacy papers next Wednesday in Las Vegas and embark on a statewide speaking tour.

Bundy, his father Cliven Bundy, and a brother faced federal charges arising from an armed standoff with federal agents in 2014 that stopped a federal roundup of Bundy cattle. The charges were dropped in January as a result of what the judge said was prosecutorial misconduct. The U.S. attorney’s office is appealing that ruling.

Ryan Bundy says he’s a strict constitutionalist who believes the federal government can only own land in states for limited and specified purposes.

Bundy hinted at political aspirations in an interview with the Review-Journal in January but offered no specifics. He said his focus was his family, which includes his wife and eight young children, and the ranching life he knows.

“We’re going to go back to ranching,” he said. “Politics. I don’t want to be in politics. The only reason I would do that is because I have such a passion and such a drive for liberty and freedom. And somebody’s got to do that. I just want to live and let live. I just want to be left alone, so I can provide a living for my family. I just want to go to work.”

Review-Journal staff writer David Ferrara and The Associated Press contributed to this report.