CARSON CITY — The state Senate on Monday unanimously approved a bill designed to give law enforcement officials more time to locate and prosecute criminals who steal the identities of unsuspecting children.

The change is important because victims often are unsuspecting children whose Social Security card numbers have been stolen when they are 6 or 7 years old. Only when they turn 18 and apply for a credit card or loan do they learn they have bad credit or even criminal records.

Those convicted of using another person’s identity can be punished with a 20-year term in prison and a $100,000 fine.

The bill, sponsored by Assembly Speaker John Oceguera, D-Las Vegas, already unanimously passed the Assembly. It now goes to Gov. Brian Sandoval, who has a policy of not saying whether he will veto or sign bills until they reach his office.

During a hearing, 18-year-old Las Vegas man Carlos Hernandez testified he discovered a year ago that someone had stolen his identity and bought a house and two cars that later were repossessed. He said he also learned the person had been convicted of drunken driving.

The thief started using his name and identity when Hernandez was 9. 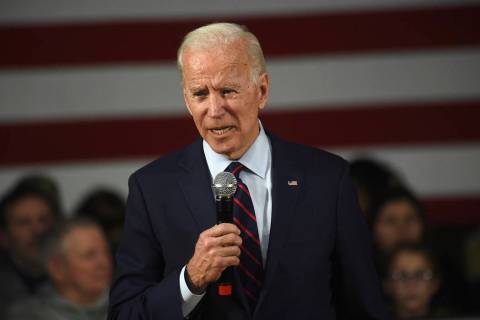 Former Vice President Joe Biden and Vermont Sen. Bernie Sanders are the leading candidates among Democratic women of color in Nevada, according to a new poll.

Former state Sen. Allison Copening is in grave condition after suffering a “cardiac event” on Jan. 5, according to a Saturday post to her Facebook page attributed to her sister, Gina Gallus.