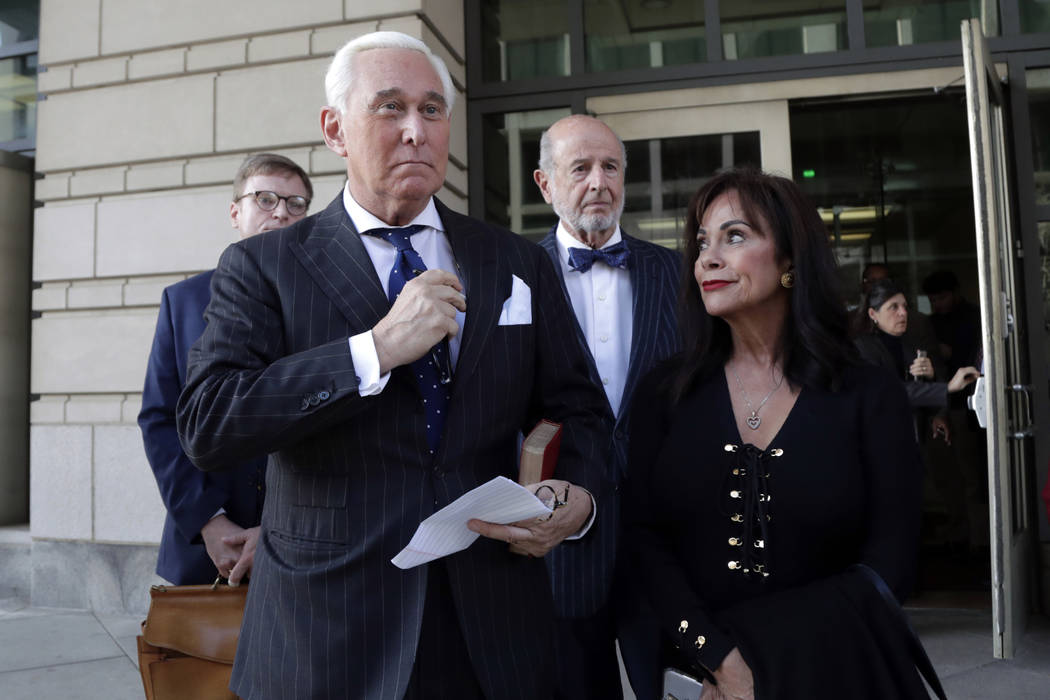 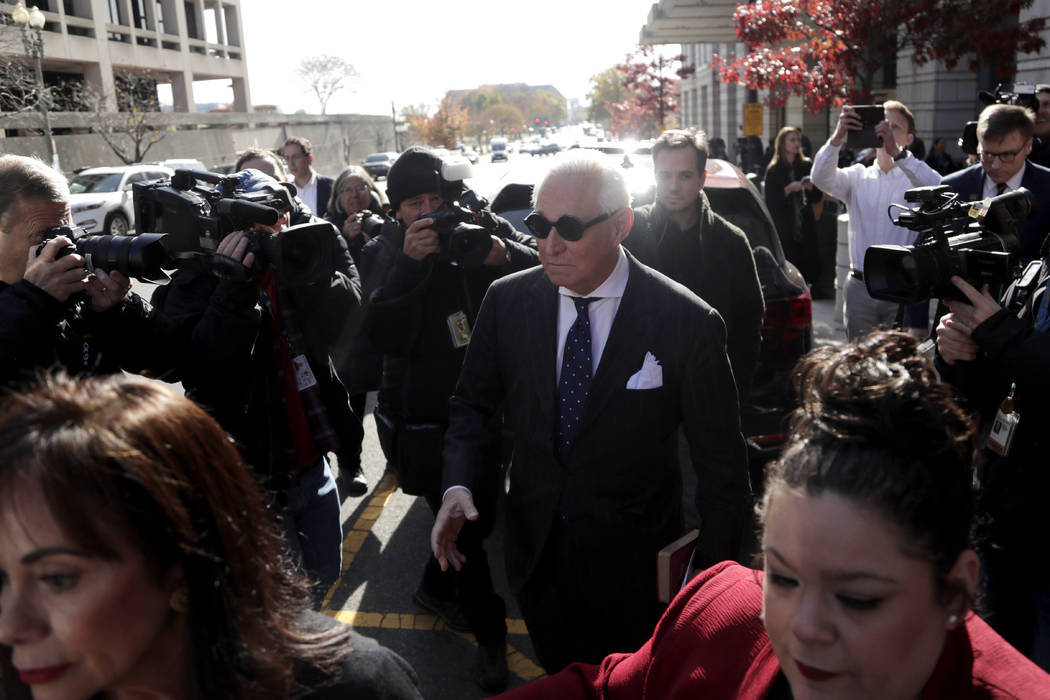 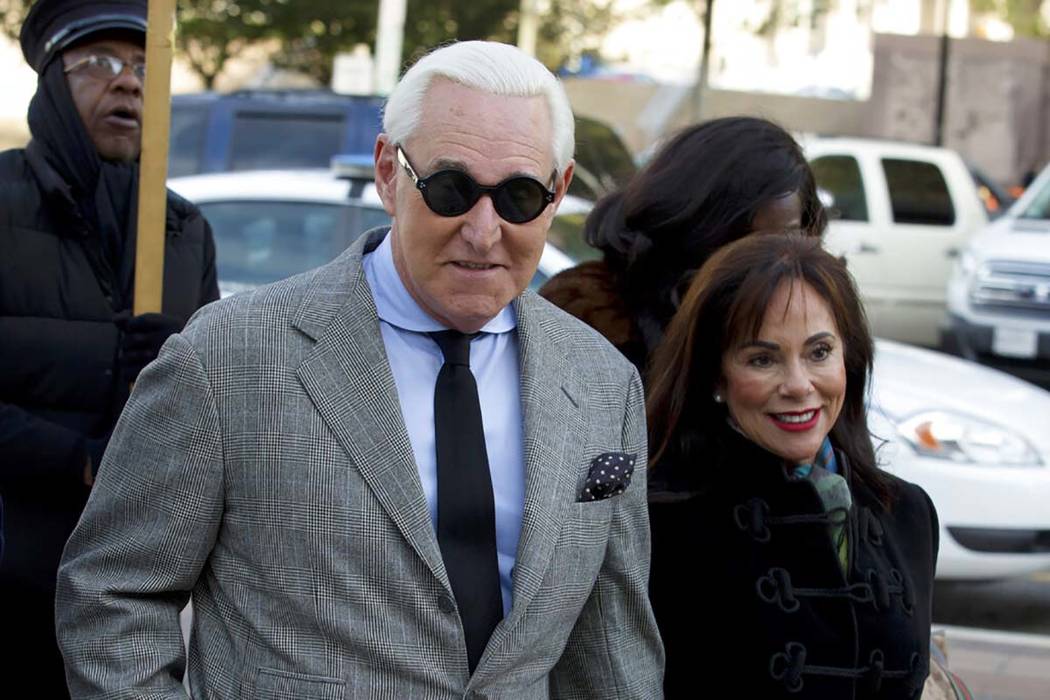 WASHINGTON — Federal prosecutors are asking a judge to sentence President Donald Trump’s confidant Roger Stone to serve between 7 and 9 years in prison after his conviction on witness tampering and obstruction charges.

Stone, who is scheduled to be sentenced next week, was convicted in November of a seven-count indictment that accused him of lying to Congress, tampering with a witness and obstructing the House investigation into whether the Trump campaign coordinated with Russia to tip the 2016 election.

He was the sixth Trump aide or adviser to be convicted of charges brought as part of special counsel Robert Mueller’s Russia investigation.

Prosecutors said in their sentencing memorandum on Monday that Stone “decided to double — and triple — down on his criminal conduct by tampering with a witness for months in order to make sure his obstruction would be successful.”

Stone has denied wrongdoing and consistently criticized the case against him as politically motivated. He did not take the stand during the trial and his lawyers did not call any witnesses in his defense.

The evidence presented in the trial didn’t directly address Mueller’s conclusion that there was insufficient evidence to prove a criminal conspiracy between the Trump campaign and Russia to tip the outcome of the 2016 presidential election in Trump’s favor. But it provided new insight into the scramble inside the Trump campaign when it was revealed in July 2016 that the anti-secrecy site WikiLeaks was in possession of more than 19,000 emails hacked from the servers of the Democratic National Committee.