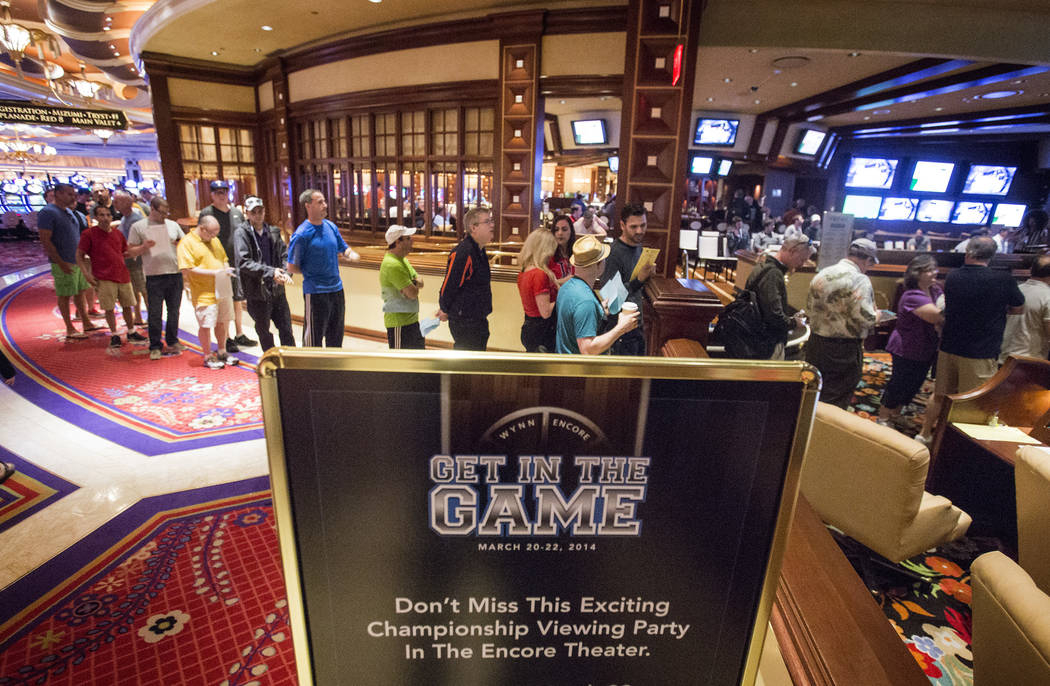 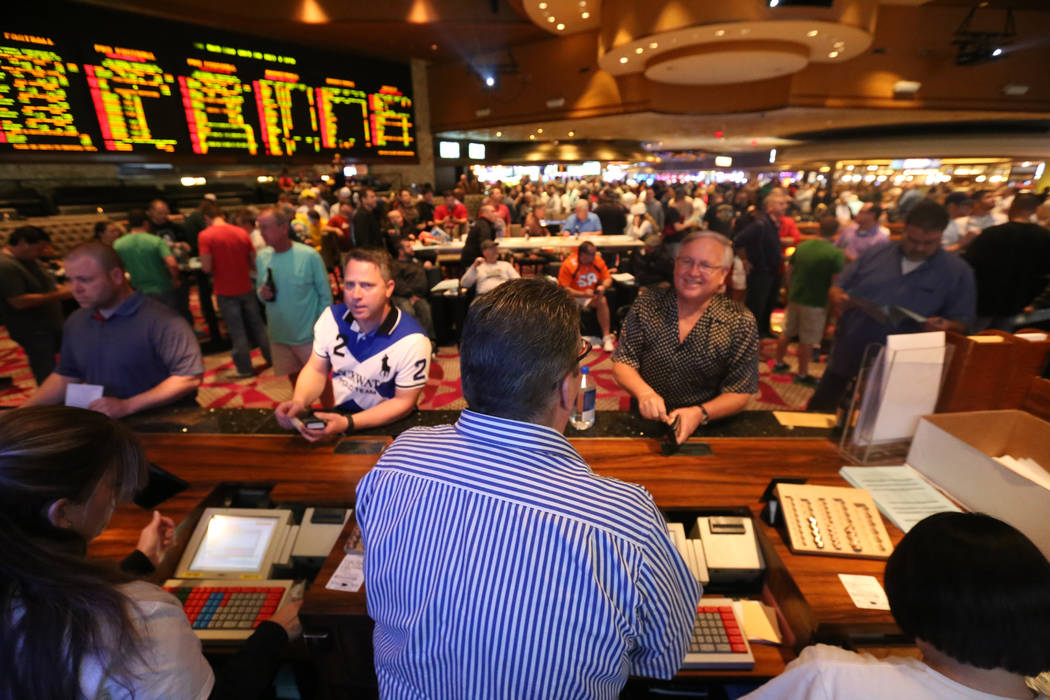 WASHINGTON — Supreme Court justices will soon hear arguments in a highly charged case over a federal ban on sports betting that, if thrown out, would open the doors for states to promote and profit from state-sponsored gambling on major league and college games.

Even though sports gambling is legal in Nevada, the casino lobby is siding with plaintiffs in the case in hopes that an expansion of state-sponsored gambling would eliminate illegal offshore wagering and provide more regulation and protections to U.S. companies and consumers.

Oral arguments in Christie v. NCAA are scheduled for Dec. 4. A ruling by the high court is not expected until next year.

The NCAA and major sports leagues oppose lifting the ban. In briefs they argue PASPA adheres to the Constitution and the 10th Amendment and does not “commandeer” regulatory power by states.

The NCAA is backed by major sports leagues — the National Football League, the National Basketball Association, Major League Baseball and the National Hockey League. They say PASPA protects the integrity of games.

The Trump administration has filed a brief siding with the sports leagues in the case, which initially was brought before the 3rd Circuit Court of Appeals where judges ruled with the NCAA.

Nevada, Oregon, Montana and Delaware are the four states where sports wagering was “grandfathered” when PASPA was adopted by Congress in 1992.

New Jersey was given a one-year window to seek a sports wagering opt-in, but failed to do so. Since then, it has sought to bring sports wagering to casinos and horse tracks to boost their economy.

Nevada and the casino lobby have backed New Jersey’s case before the high court and want PASPA eliminated.

“Perception and attitudes have changed,” said Sara Slane with the American Gaming Association, which represents casinos in Nevada and other states.

She called the law out of date, noting that PASPA was first adopted before the internet was established.

Over the past few decades people regard sports wagering as an acceptable form of entertainment, Slane said.

Christie said the perceptions have changed to such a degree that it makes the major leagues look like hypocrites now for opposing sports wagering on moral grounds.

Christie told “Real Sports with Bryant Gumbel” that because major sports teams have moved, or are moving, to Las Vegas, a mecca for sports wagering, the major leagues “cannot make the ‘integrity of the game’ argument anymore.’’

The NHL Golden Knights are in their first season in Las Vegas. The NFL approved a move that will bring the Oakland Raiders to Las Vegas in 2020.

Advocates for repeal of the sports wagering ban also argue that doing so would provide tax revenue and regulation and reduce illegal gambling at offshore casinos not under U.S. oversight.

The AGA says illegal sports gambling has grown to be a $150 billion yearly industry since PASPA passed 25 years ago.

Giving states the authority to operate sports wagering would not only provide protection for consumers, it would create 150,000 new jobs and generate state tax revenues.

Nevada casinos back the repeal, which would allow them to expand sports book operations into other states.

Currently, there are 1,000 casinos operating in 40 states.

The Supreme Court surprised many when it agreed in June to hear the case and review the 3rd Circuit Court’s ruling. Advocates of a PASPA repeal were hopeful the court would rule in their favor, but legal experts said it is hard to predict what the court would do.

Will Moschella, a former principal associate deputy attorney at the Justice Department, said the Supreme Court didn’t decide to take the case “just to tell the 3rd Circuit that they got it exactly right.”

But Moschella said there could be varying ways the high court could rule.

A majority could find PASPA unconstitutional and take it off the books, he said, or the court could affirm the lower-court ruling. Another possibility is that justices agree and reverse parts of the law, allowing the ban to remain in effect except in locales or sites.

The timing of the ruling would depend on the multiple justices and opinions. Most agree the court would rule later next year.

If the Supreme Court rules that PASPA is unconstitutional, most states would still need to pass local legislation to allow sports gaming to take place, Slane said.