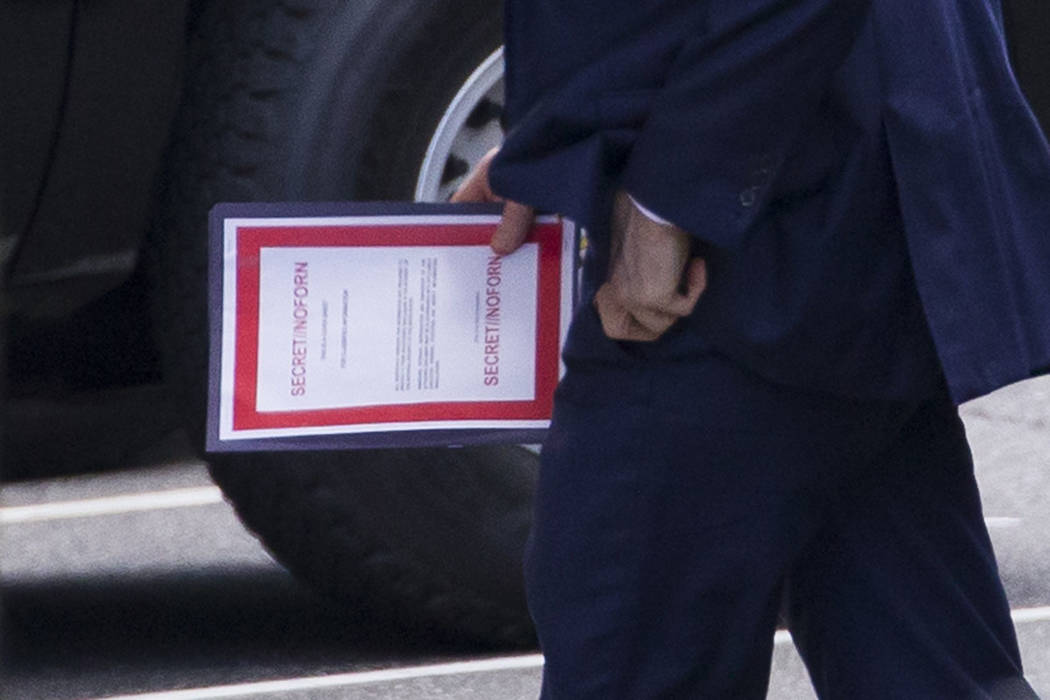 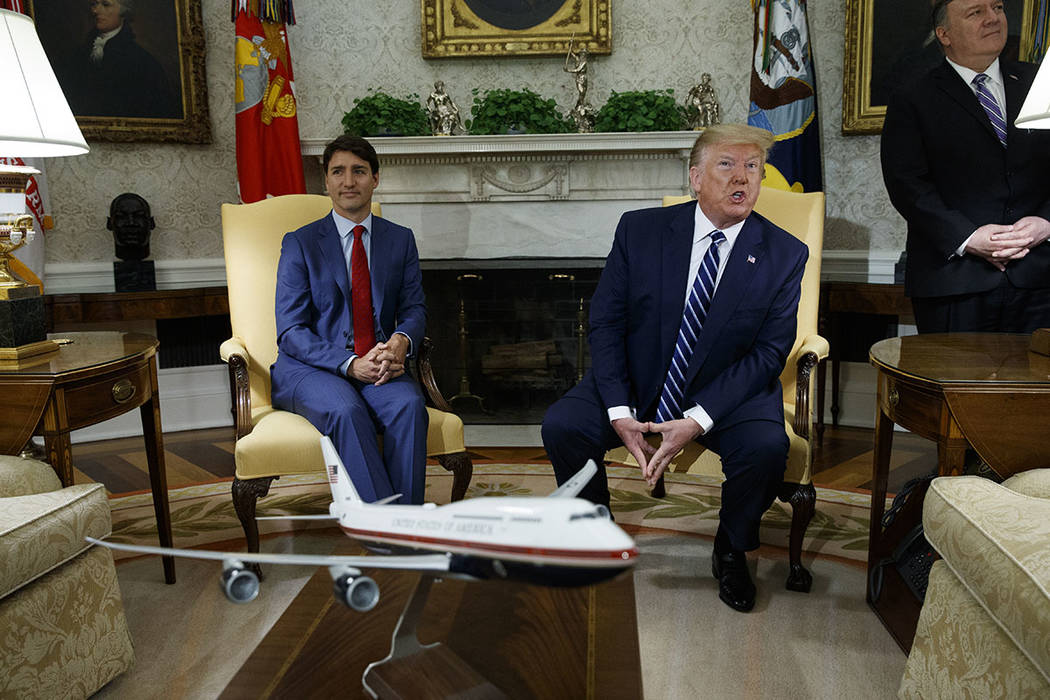 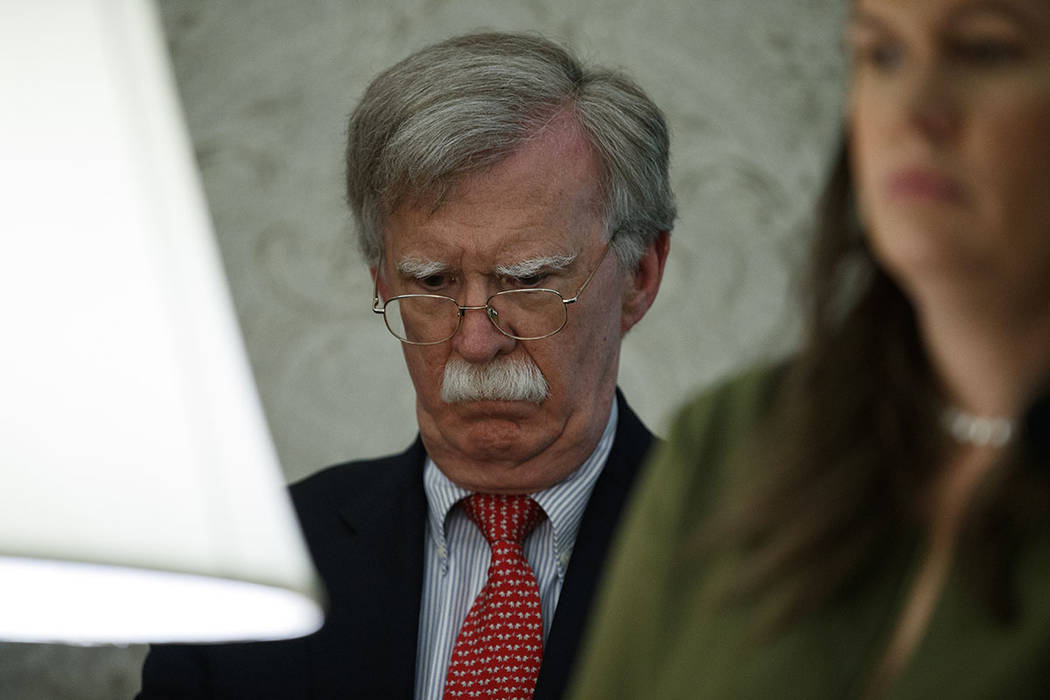 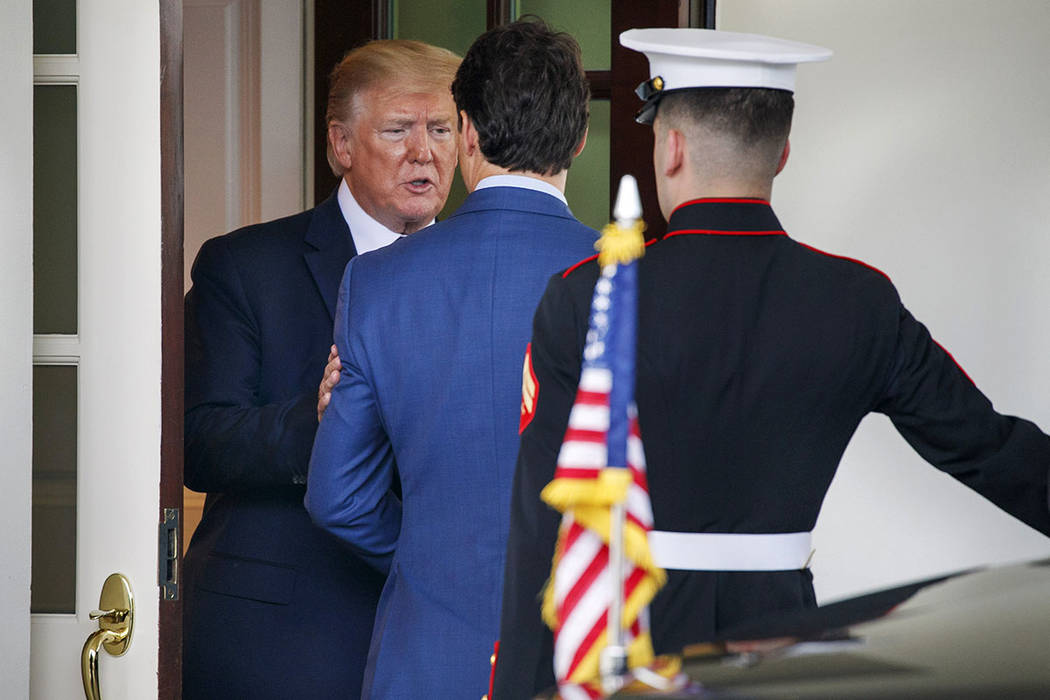 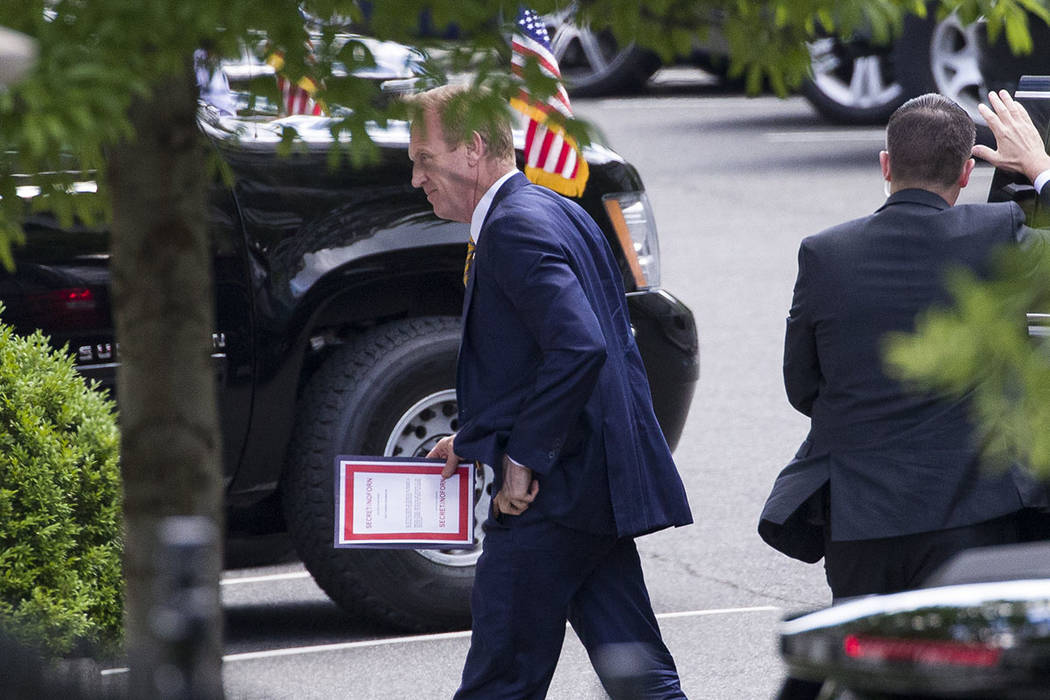 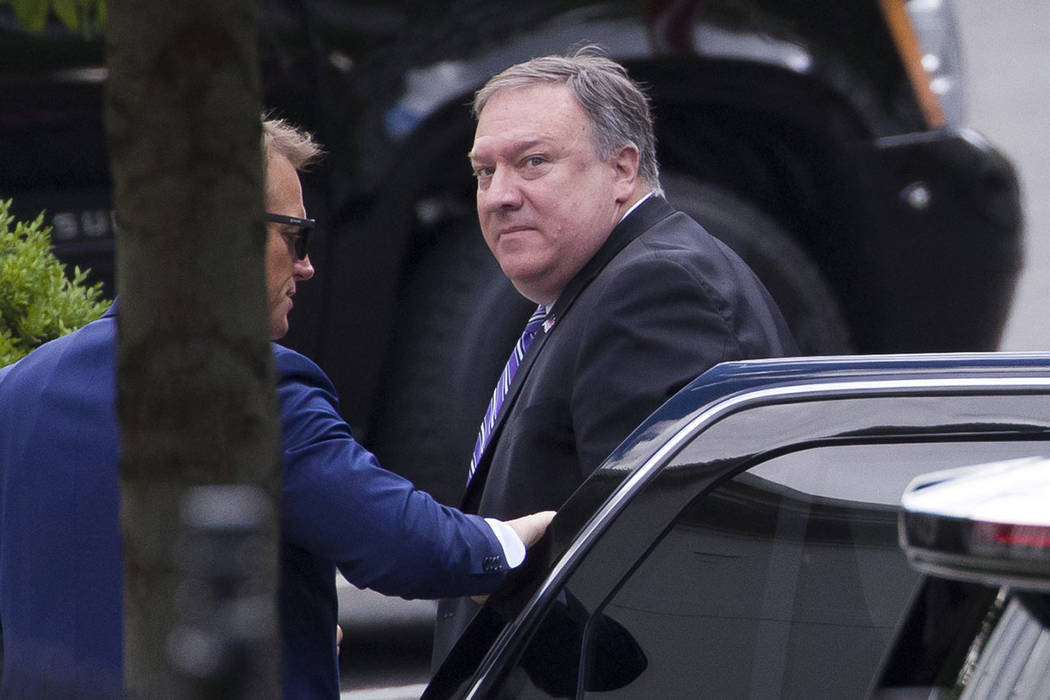 Secretary of State Mike Pompeo arrives for a meeting with President Donald Trump about Iran at the White House, Thursday, June 20, 2019, in Washington. (AP Photo/Alex Brandon) 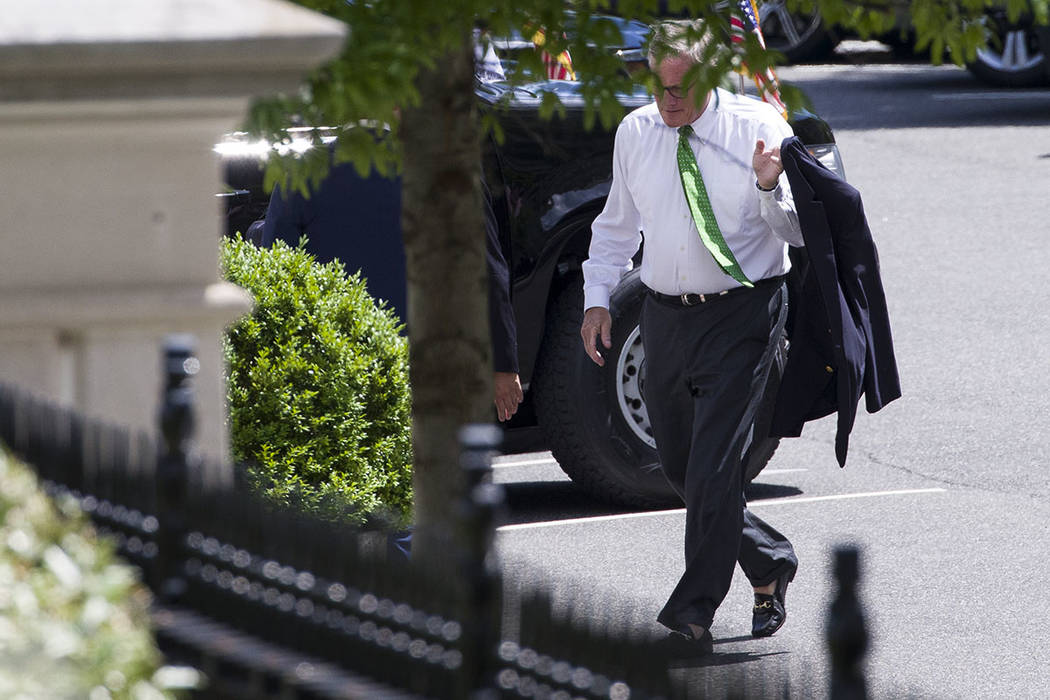 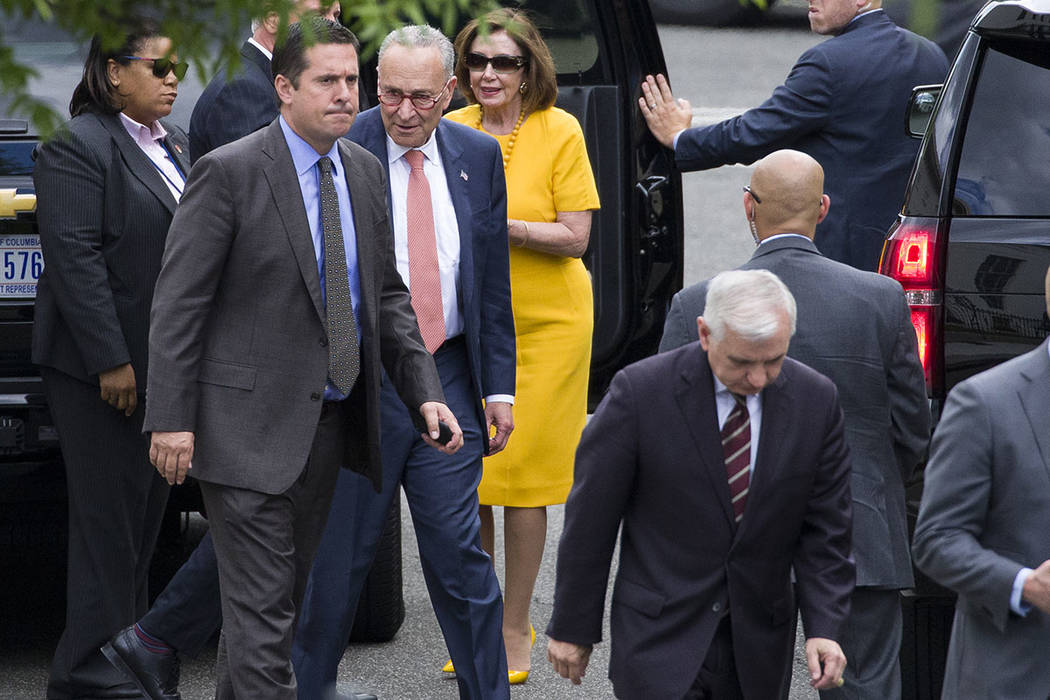 In the morning, Trump tweeted, “Iran made a very big mistake.”

Then as portfolio-rich officials — including Secretary of State Mike Pompeo — walked into and out of the West Wing, a question lingered in the damp Washington air: Would the United States counter with military force?

Middle East expert Brian Katulis, who served in President Bill Clinton’s administration, saw a number of possibilities with a “best-case scenario” of de-escalation or “some sort of limited military strike by the Trump administration,” similar to the targeted strikes Trump ordered against Syria.

Jonathan Schanzer, senior vice president of the Foundation for Defense of Democracies, rejected the “false binary” notion that Trump will choose either inaction or a protracted war. He offered that covert operations or limited strikes on Iran’s proxies are available responses and “they don’t have to necessarily lead to that very scary escalation ladder.”

Speaking with reporters after the meeting, Pelosi called Iran “a bad actor” and “untrustworthy adversary,” as she urged caution and engagement with U.S. allies.

Earlier, Pelosi cited Trump’s decision to pull out of a 2015 international pact with Iran as a contributing factor. “We started to lose credibility on the subject when we walked away from the Iran nuclear agreement” she said.

Around noon, during a meeting with Canadian Prime Minister Justin Trudeau in the Oval Office, Trump repeated that Iran had made a mistake and that he believed the drone attack was a “mistake” made by someone “loose and stupid” within the Iranian military.

Most importantly, Trump noted, “We didn’t have a man or woman in the drone. We had nobody in the drone. It would have made a big difference, let me tell you.”

It was a de-escalation of words rounded by Trump’s recollection that he campaigned on getting the United States “out of these endless wars.”

“We’ve been in Afghanistan for 19 years,” Trump added. “As you know we’ve reduced very substantially in Afghanistan,” as well as Syria.

The president’s comments in the Oval Office served as the administration’s last official words on the situation.

Iran’s paramilitary Revolutionary Guard announced it had shot down the RQ-4 Global Hawk drone — which cost around $123 million, according to military.com — at 4:05 a.m. Thursday.

“If one American life is lost, that changes everything,” Schanzer noted. “The Iranians understood that was the line, and they came right up to it.”

It was the latest incident in a weekslong escalation of tensions between the United States and the Persian Gulf nation.

In mid-June, U.S. officials had blamed Iran for attacks against Norwegian and Japanese oil tankers near the Strait of Hormuz. Iran denied responsibility. Iran also announced it would exceed the 660-pound limit on weapons grade uranium that had been part of a 2015 international pact meant to stall Iran’s nuclear weapons capability. Trump withdrew the United States from the Joint Comprehensive Plan of Action 2018.

The administration responded by deploying an additional 1,000 U.S. troops to the Middle East.

In an interview with Time magazine, Trump called the incidents “very minor.” While that remark seemed to muffle the two nations’ saber rattling, in the same interview, Trump said he would “certainly go to war” with Iran over nuclear weapons.

On Wednesday night, after Fox News host Sean Hannity told Trump he was worried about Iran, Trump countered, “I don’t worry about a thing. Everything is under control.”

That was not the impression made by foreign policy hawk and presidential golfing buddy Sen. Lindsey Graham, who told reporters Thursday morning, if the Iranians “are looking for a fight, they’re going to get one.”

After the meeting, Senate Minority Leader Chuck Schumer said Democrats were worried Trump “would bumble into war” — as he cautioned that the White House should get congressional support before any military action.

Earlier Schumer had raked the Trump administration for not spelling out a strategy.

“This is not how democracy is supposed to work, and this is not how even the CEO of a major company should behave — with no articulated strategy,” Schumer said on the Senate floor. “The president needs to explain to the American people why he is driving us towards another endless conflict in the Middle East.”

Katulis described Trump as “truly a man without a plan on Iran,” which makes U.S. allies in the Middle East uneasy.

Schanzer offered, “We are already on a path where we are placing significant pressure on Iran through sanctions and political isolation.” The drone attack could mean “we actually should be increasing that pressure.”

As Schanzer sees it, the media are making the stand-off too much about Trump, who campaigned on a platform of getting the U.S. military out of Middle East wars, when “Iran has spent the last four decades as the aggressor.”