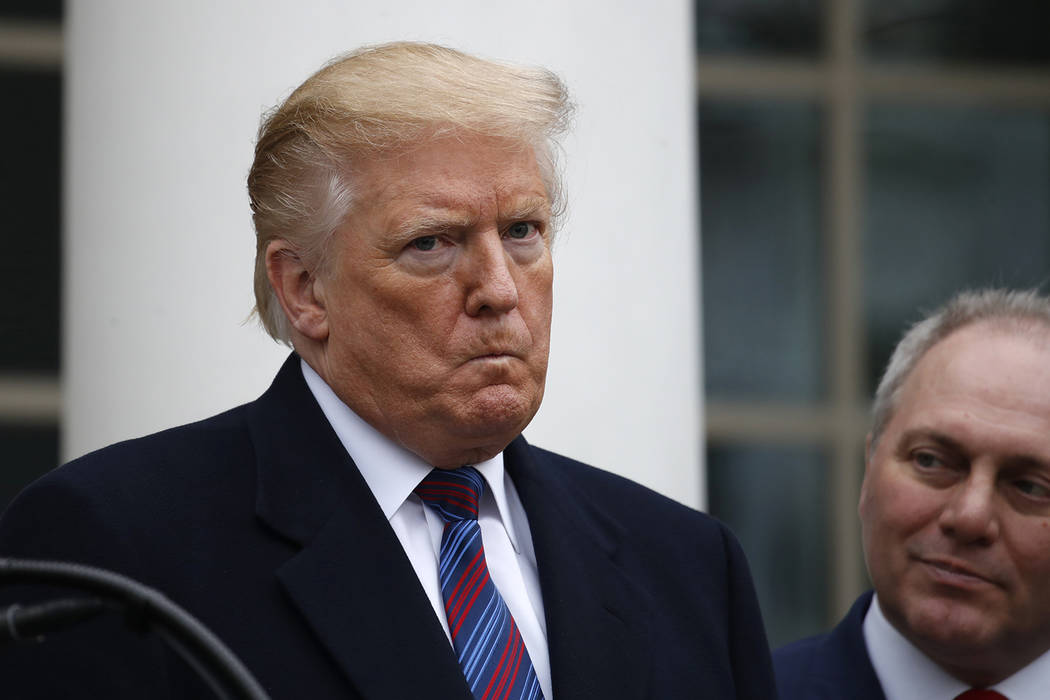 WASHINGTON — President Donald Trump acknowledged Friday that the partial government shutdown could last for months, even a year or longer, but he said he believes many furloughed workers will support him even if the shutdown is prolonged.

During an hourlong press conference in the Rose Garden, Trump was asked if he expects federal workers to remain with the government after forgoing paychecks for a long stretch.

“If we have to stay out for a very long period of time, we’re going to do that,” Trump said. “And many of those people, maybe even most of those people that really have not been and will not be getting their money in at this moment, those people in many cases are the biggest fans of what we are doing.”

Shearon said he has heard from “a grand total of one” member who supports Trump’s drive to shut down the government to win funding for border security.

However, at a White House event Thursday, National Border Patrol Council President Brandon Judd said, “There’s also a lot of talk on this shutdown that federal employees do not agree with the shutdown. I will tell you that’s not true.”

In December, the U.S. Office of Personnel Management tweeted out advice to federal workers who had been furloughed. It advised workers to inform their landlords and creditors, try to work out reduced payments and even offer to barter services like painting and carpentry work in exchange for reduced rent.

Trump said he believes landlords and vendors should go “nice and easy” on federal workers who have to forego their paychecks. He also said that he directed his staff and individuals designated by Congress “to work throughout the weekend” to negotiate a deal.

“We will continue our conversations, but we recognize on the Democratic side that we really cannot resolve this until we open up government,” Pelosi said.

“The narrative for 2019 is going to be ‘He said, she said,’” said Bill Whalen, senior fellow at Stanford University’s Hoover Institution. He expects more theater after future meetings between the president and speaker.

“If there truly is that much support by citizens, then that would be indicated with bipartisan support for wall funding,” Stewart said.

A recent NPR/PBS/Marist poll found that 56 percent of Americans want Trump to compromise on border security to end the shutdown, while 37 percent believe he should not compromise.

Stewart sees more pressure ahead when most furloughed federal workers receive their final paycheck next Friday. On that day, she predicted, “There’s going to more public outcry to elected officials, and elected officials are going to speak out against the shutdown.”