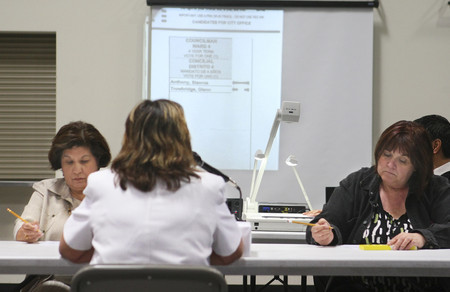 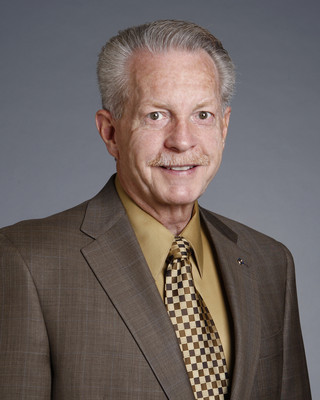 A recount of votes in the Ward 4 race for Las Vegas City Council on Monday left the election results unchanged, confirming that Stavros Anthony defeated Glenn Trowbridge by a narrow margin June 2.

Trowbridge said he will not challenge the result any further and will not seek to have 18 mail-in ballots that were found after Election Day included in the final tally.

"I think that the 10 votes are going to stand," he said, referring to the margin by which Anthony won the race.

The final vote tally was 3,309 votes for Anthony and 3,299 votes for Trowbridge.

The 18 ballots were picked up from the post office on June 3. Las Vegas officials issued a statement saying that election workers verified that there were no ballots waiting at the close of business June 2.

State law forbids counting ballots that arrive after the close of voting, no matter when they were mailed.

That’s not fair to voters, Trowbridge said, but he is going to leave that discussion to someone else.

"I’m not going to pursue it, although I do have pretty strong feelings that the day is going to come when the method of tabulating votes is going to change," he said.

"To disenfranchise someone for something they have no control over … I think the law needs to be changed," Trowbridge said.

Litigating the matter now would be prohibitively expensive and probably take the better part of the council seat’s four-year term, he added.

Anthony, meanwhile, is scheduled to be sworn into office at Wednesday’s council meeting.

He said the unchanged vote tally is what he expected.

"I figured that was going to be the case," he said. "The election department runs a pretty tight ship."

Anthony has promised to oppose plans for a new city hall, a project that the other council members and Mayor Oscar Goodman have strongly endorsed.

During the campaign, Anthony also talked about consolidating and privatizing government services.

On Monday, he said his immediate concern was getting up to speed in time for Wednesday’s council meeting.

"I’ve just got to get through the learning curve," said Anthony, who is leaving his position as a Metropolitan Police Department captain to take the council seat.

"Budget issues are going to be really critical because the revenue is just not coming in. I just want to make sure my focus is on Ward 4."