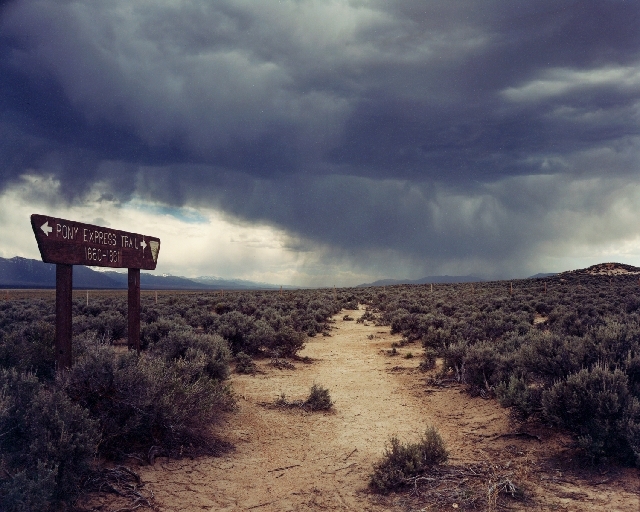 CARSON CITY — The federal government has treated Nevada like its “colony” since statehood by continuing to exert management control over more than 80 percent of the state’s 110,540 square miles, a leader of a Nevada conservative think tank contends.

Steve Miller, vice president of policy for the Las Vegas-based Nevada Policy Research Institute, noted that under the U.S. Constitution, Nevada entered the union in 1864 on an “equal footing” with other states. But the federal government has refused to sell off to private interests or turn over to the state the vast majority of its territory. While the federal government keeps control over most of Nevada and 40 percent of all the land in the West, few acres in Eastern states fall under federal control.

Miller has written “Broken Compact: the Hollowing-Out of Nevada Statehood” that describes injustices Nevada has faced as the “red-headed stepchild” of the federal government.

He said the 11-page report, released Wednesday, is meant to educate Nevadans about how federal officials “screwed” the state 150 years ago and continue to do so today. He also makes the case that the federal government needs to rapidly turn over more of the state to Nevada and private control.

Without the abysmal management of the Nevada’s lands by federal officials in recent decades, Miller argued that there would be fewer wildfires and the Nevada land today would be much more productive for cattle and wildlife.

But former state Archivist Guy Rocha takes issue with Miller’s contention that “equal footing” means there should be no or few federally managed lands. He noted court decisions have not held that equal footing means each state must have no federal lands, or an equal percentage of federal lands.

In a 1981 case, a U.S. District Court held that equal footing did not mean that Western states were entitled to the public lands, but that they had political sovereignty.

That case arose from Nevada’s approval of the “Sagebrush Rebellion” law in which it and several other states exerted their control over federal lands.

But Miller said the sagebrush rebellion case never made it through the federal court system, so a precedent was not set.

He said in his report that since the 1820s, states in the West have been complaining “they could not educate their children, provide economic opportunities for their citizens and conduct their affairs as sovereign states because the federal government, for decades, had failed to dispose of public lands, as promised.”

Miller contends that the historical record is clear that other states believed equal footing means the states, not the federal government, should control their lands.

The report comes as Utah is making new efforts to challenge federal control over its lands. At the same time, the Nevada Legislature passed a bill to establish a committee of county commissioners to review the costs and consequences of taking control of federal lands. Its report is due in September 2014.

Miller noted just 1 percent of Nebraska is federally controlled because the federal government sold most federal managed lands at the urging of state leaders more than 100 years ago. Nebraska was admitted to the union in 1867, three years after Nevada.

Nevada’s efforts to reduce federal control repeatedly lost, in part because its representatives once they arrive in Washington, D.C., seem to go along with the Eastern crowd, according to Miller.

He noted that Rep. Mark Amodei,
R-Nev., and Steven Horsford, D-Nev., are pushing legislation to turn more federal land over to state and private control.

In response to those who believe much of the land in federal control in Nevada is wasteland, Miller said one never knows what use may be found for these lands in the future.