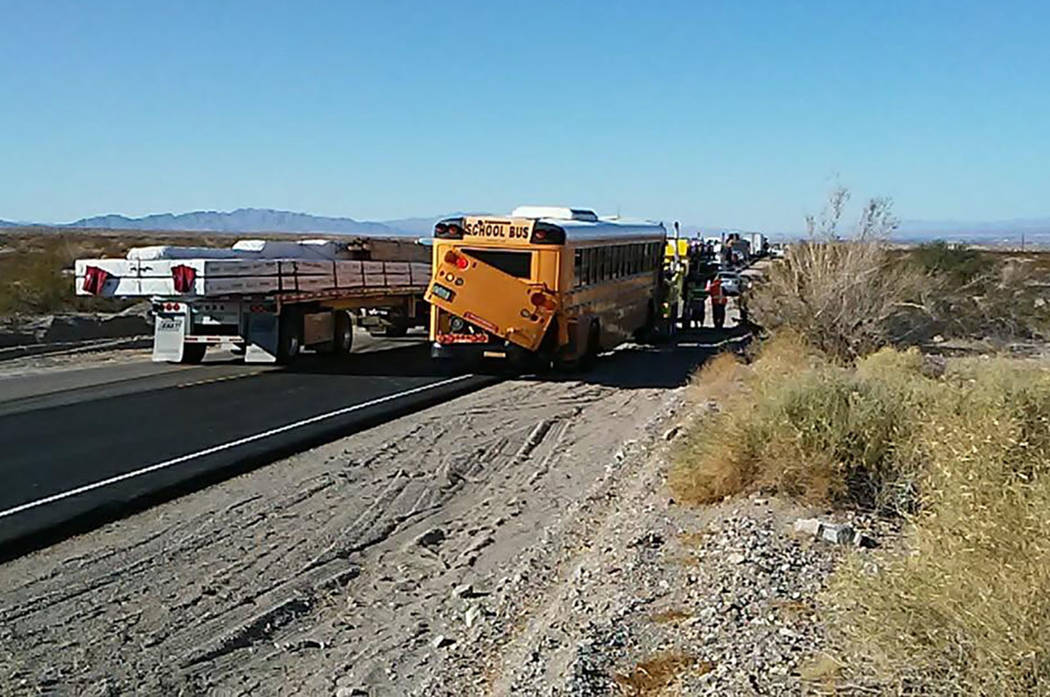 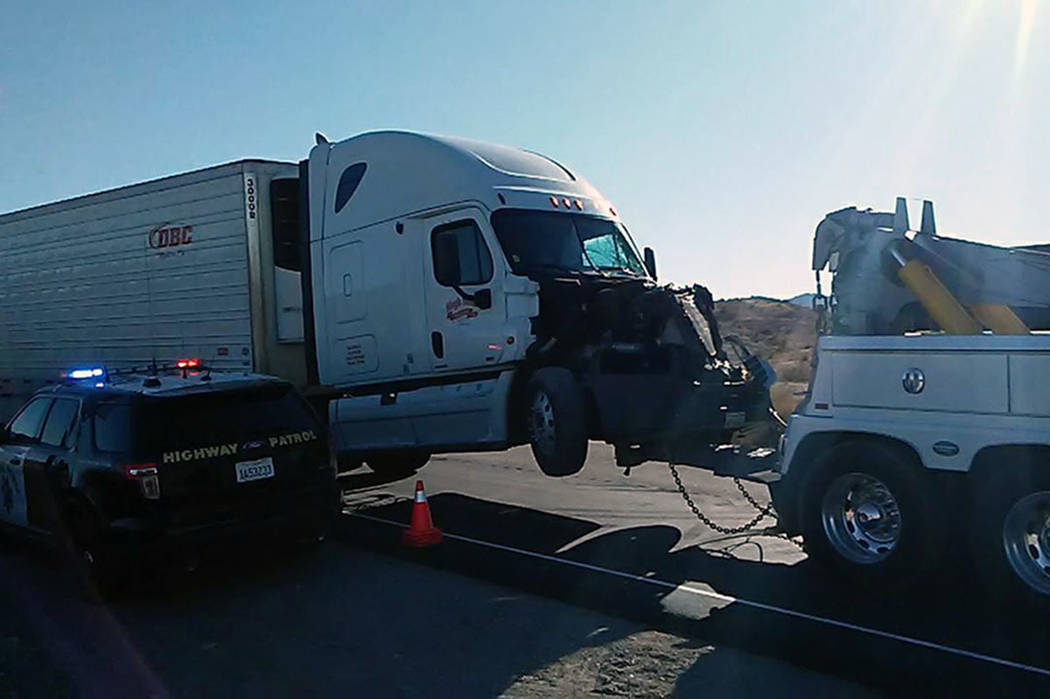 The California Highway Patrol said 33 students and a driver were aboard the bus bringing Buckeye High School students from the Phoenix area to a volleyball match at Mohave High School in Bullhead City.

CHP officer Joseph Medina said the bus was stopped at a Highway 95 construction zone when one big rig struck the bus and pushed it into another semitrailer at about 1 p.m. Students who complained of aches and pains were being transported to hospitals for evaluation and treatment.

There was no initial word on the condition of the bus driver who had to be extracted from the bus. No further information was initially available.