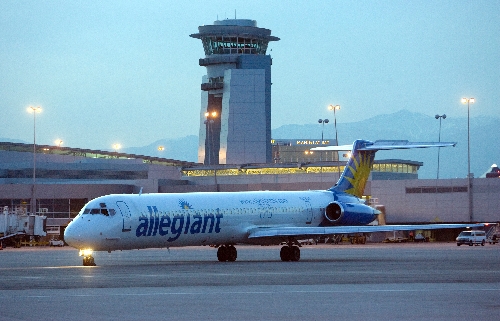 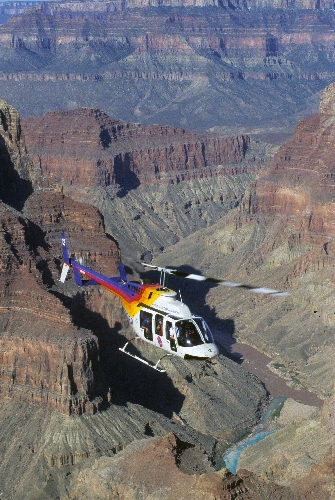 It’s been a steady rise over difficult times for local airlines.

A irline passenger travel will almost double during the next two decades, according to the Federal Aviation Administration. A study released in March by the FAA says revenue passenger miles will rise to 1.57 trillion by 2032 from 815 billion in 2011. The FAA predicts a 3.2 percent increase annually, the study says.

Competitive fares are the only reason traffic has grown at all since 2000.

Allegiant Air, a subsidiary of Allegiant Travel Co., has operated a low-cost, high-efficiency, all-jet passenger airline since October 1998 and has steadily grown since then.

The local airline, which has been named one of America’s 100 Best Small Companies by Forbes magazine for four consecutive years, recently launched its longest overland route, a nonstop between Las Vegas and Plattsburgh, N.Y.

Located about 60 miles south of Montreal, Plattsburgh fits into Allegiant’s current strategy of extending its network outside the United States. At places such as Bellingham, Wash., and Minot, N.D., Allegiant draws a large number of Canadians fleeing the high taxes and fees of using their homeland airports. At McAllen, Texas, many passengers come from Mexico.

In keeping with low-frequency strategy of Allegiant, round-trip flights are available on Mondays and Fridays only.

In addition to the Plattsburgh route, the airline has announced nonstop service between Reno and Las Vegas.

“We are pleased to announce an affordable and convenient travel option for residents of Reno,” said Andrew C. Levy, Allegiant Travel Co. president. “We are confident this community will appreciate our affordable, nonstop service to Las Vegas, as well as take advantage of the value of booking hotel rooms, car rentals and attractions through us.”

“We are truly excited to announce this new air service for our community and our state thanks to Allegiant,” said Krys Bart, president and CEO of Reno-Tahoe International Airport. “They are bringing these new flights just in time for the ski season that will make it easier than ever to fly across Nevada. We believe that Allegiant is a great fit for our community, and we hope this is the beginning of a great air service relationship.”

“Increasingly our tour operations businesses have become similar to airline business models,” he said. “Our prices may increase due to departure times and time of year, but our best prices are reserved for clients who book and pay for tour services well in advance.”

A recent route addition has Arizona residents buzzing. As of Feb. 7, Allegiant Air will offer nonstop flights from Phoenix to Honolulu International Airport. Allegiant began flying from Las Vegas and Fresno to Honolulu in late June and announced plans to add flights from other California cities, as well as airports in Oregon and Washington.

“We are pleased to expand our presence yet again in Hawaii with additional nonstop service to Honolulu from Phoenix,” Levy stated. “Allegiant will offer nonstop, low-cost service to nine mainland cities by February. We anticipate the new service will be very popular, especially when customers take advantage of great deals by bundling their air, hotel and car rental.”

“Allegiant continues to expand its reach to the Hawaiian Islands from secondary domestic cities, including its new direct service from Phoenix-Mesa,” said Mike McCartney, Hawaii Tourism Authority president and CEO. “Congratulations to Allegiant on their new service. We look forward to welcoming guests from Phoenix-Mesa to experience the unique and special people, place and culture of Hawaii.”

With the added routes, Allegiant is looking to expand its employee base, said Rebecca Henry, vice president of people services for Allegiant Travel Co .

“Allegiant generally looks for both technical fit for the roles we hire, along with strong fit with our company values,” Henry said.

Those values include safety, achievement, flexibility, innovation, bias for action, teamwork, and transparency and accountability.

To apply for positions, candidates can go to www.allegiant.com/jobs to view all of the local airline’s available roles.

“We have many positions available in Las Vegas and across the country at our various locations,” she said. “If you look at Allegiant’s history in Las Vegas over the past decade, we are a strong community employer with hundreds of Las Vegas employees, and we’ve grown consistently each year, both in our network and our employee population, which now totals about 2,000 employees nationwide.”

Allegiant has incorporated many programs that contributed to employee loyalty and overall health, she said.

“An especially relevant one in the health and wellness arena is our benefits committee,” Henry said. “(They are) a group of employees who came together this year to examine our health insurance, be part of the design and decision-making process for choosing 2013 coverage and premiums, build an incentive program to promote wellness and education, and design the rewards employees can receive companywide for healthy behaviors.

“Instead of having one of the biggest costs for employees be something they have no control over, Allegiant partnered with employees by creating a benefits committee and ‘opening the books’ so the committee could see the actual quotes from providers for coverage, and the cost implication of different plan designs.”

The committee came to decisions unanimously and moved forward to ensure employees received the best programs available for their professional and personal lives.

“It’s that kind of effort and focus that Allegiant is committed to delivering to our employees in all arenas of their work life,” Henry said.

Employees are important to the overall good growth of a company, something the nearly 50-year-old Papillon Group understands, said Robert Graff, its vice president of marketing .

Elling Halvorson started the local airline in 1965. As a construction company owner, he worked in remote areas, often building pipelines across treacherous terrain. As he surveyed the Grand Canyon’s South Rim, he was taken by the incredible scenery from his seat in a helicopter. As employees also began asking for a view from helicopters, Halvorson was struck with an idea. Today, he serves as chairman of The Papillon Group.

Currently, the bustling company has tours to the Grand Canyon West, South Rim, El dorado Canyon, Hoover Dam, over the Las Vegas Strip, and flies to many Arizona cities including Phoenix, Sedona, Flagstaff and Scottsdale.

In 2012, The Papillon Group offered adventure enthusiasts the opportunity to journey from one side of the Grand Canyon to the other via motorcycle and helicopter.

“This is the incredible sandstone pinnacle that rises 5,000 feet above sea level and is located in Lake Powell Navajo Tribal Park near Page (Arizona),” Graff said.

Created in partnership with EagleRider Motorcycle Rentals and Tours, the adventures are for guests of all ages and enables visitors to see the Grand Canyon by air and ground.

“Beginning March 2013, for the first time ever, people will be able to summit Tower Butte,” he said.

With the recent growth, the company has needed to fill more positions in increasingly different directions.

“We have seen an increase (in) support-related positions, specifically with positions for analytical and inventory control,” Graff said. “With business as robust as it is, it is as important as ever that we are managing the growing supply and demand.”

Interested job seekers can go online at www.jobs.papillon.com to view the most recent job openings.

“Our business is mostly seasonal,” Graff said. “The hiring process starts by mid-February , early March. Areas of focus include customer service positions with international language proficiencies and, of course, pilots and maintenance and ground personnel to handle our growing flight operations.”

Papillon has been in business for so long because of its focus on customer as well as employee satisfaction. It requires employees to be as enthusiastic as the longtime local company is about its commitment to the community and industry.

“Beyond qualifications in their respective fields,” he said, “a ‘can do’ attitude goes a long way.”