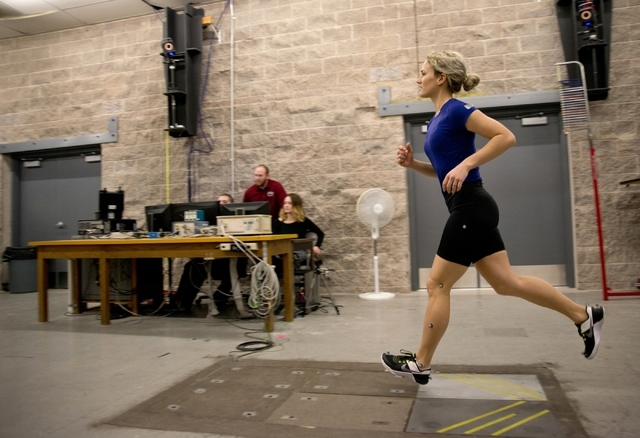 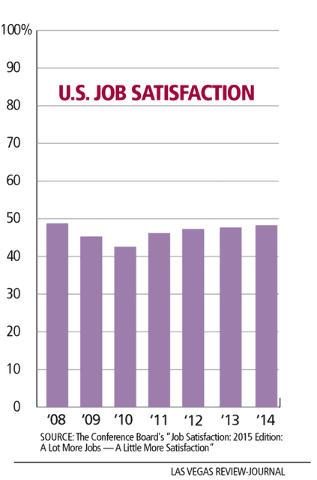 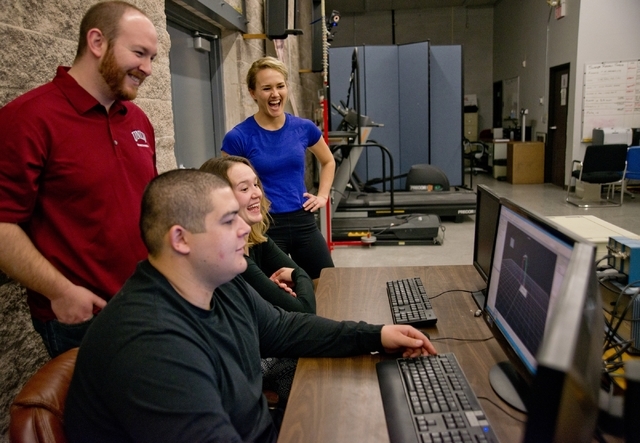 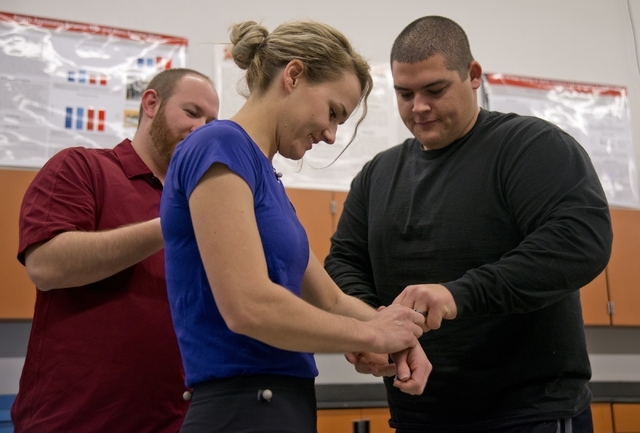 That’s something UNLV officials say they have witnessed for years, particularly with students enrolled in the kinesiology degree program, which prepares them for health sciences careers.

“There is a greater need for people in health sciences just because of the number of people tapping into that system,” said John A. Mercer, professor and associate dean of the UNLV School of Allied Health Sciences. “I see wellness types of careers as very viable and resistant to economy change.”

Job possibilities for those with kinesiology degrees can include recreation administrators, fitness instructors, massage therapists, personal trainers and physical therapy technicians. The number of full- and part-time students in the program went from 544 in 2005 to 1,002 in 2015, Mercer said. He has seen a similar trend at higher-education institutions across the country.

One reason might be aging baby boomers, said Mercer, while another likely is the Affordable Care Act (ACA).

Shawn Gerstenberger, dean of the UNLV School of Community Health Sciences, agreed. He co-authored a 2014 report titled “Employment and Economic Development in Southern Nevada,” which detailed industries in the area that grew during the recession. He said it showed that, through the recession, health care jobs continued to increase steadily even during the worst economic times in the last 15 years.

That increase is expected to continue. In the valley, other anticipated fast-growing occupations, charted from 2012-20, include construction laborer jobs, expected to increase 25.1 percent. That’s in contrast with when the economy lagged, and fewer and fewer houses were being constructed in Las Vegas, causing enrollment in UNLV’s construction management program to decline, said Carl Reiber, senior vice provost.

“When the economy started to go south, those jobs started to disappear,” he said. “As the economy is starting to heat back up again, that program is now expanding.”

TIME FOR A CHANGE

Residents who work in industries where jobs are waning or who are otherwise unhappy with their current professions often seek another line of work, according to local job coaches. American job satisfaction has ranged between about 42.6 percent and 48.3 percent annually from 2008-14, according to The Conference Board’s “Job Satisfaction: 2015 Edition: A Lot More Jobs — A Little More Satisfaction.”

Either way, those who make a career switch must be well-prepared, job coaches say.

“One of the main things when people are changing a career is to not look for another job in another field without some intense introspection,” said PJ Sheldon, a local career coach and author of “You’re Hired!” and “Career Strategies for Success.”

Sheldon often conducts career workshops at the Green Valley Library in Henderson. She said people changing careers must be prepared to start at the bottom in their new profession.

“Because you most likely are not going to have any working experience in this new field, you need to have the mindset that you may need to spend money and time to learn new skills,” she said.

That may involve going back to school, according to Denise Cook, president of THI Counseling, a Las Vegas career consulting firm. “If they don’t have the skills or the knowledge they need, they need to make the determination … is school something that will add value to their future career prospects?”

An evaluation of prior personal and work experiences can help determine a future career path, Cook said.

“What they want to do … is find things they did in the past that they loved to do,” she said, “and then also think of those things that they really hated doing. Make a list of those things, and map it out. Then they need to take an assessment in the market in which they reside and look at the jobs available presently and in the near future.”

Cook also suggested doing volunteer work, which can help job-seekers build relationships with potential employers and also enable them to take the skills they learn elsewhere. Networking and spreading the word about being on the job market also helps, she said.

“What you know is important, but Las Vegas is a market about who you know,” Cook said. “Who you know can make or break employment prospects for you.”

Sheldon said that once job-seekers gain employment in their new professions, they need to be prepared to stay put for at least a year.

“Don’t give up,” Sheldon said. “Stick it out for at least a year, and you’ll find the longer you’re in it, the easier it gets, and it may lead to something better.”

Switching careers or otherwise, time spent in unemployment increases with age, according to the U.S Bureau of Labor Statistics. Numbers nationally from January 2016, for instance, show that the average duration of unemployment climbs from 19.7 weeks for ages 20 to 24 to 37.4 weeks for those 65 or older. Those who are ages 45 to 54 spend an average duration of 37.4 weeks out of work.

Still, regaining employment often is up to the job-seeker, regardless of age, Sheldon said.

“What I tell people is that age is only a number, so you need to act and dress as a go-getter and not a has-been,” she said. “Then they (older job-seekers) need to make sure they know the latest trends, procedures, practices and skills for their field of work. Then it’s critical to show enthusiasm during the interview and after you’re hired. It’s all in how you carry yourself.”

Older job-seekers should show that they are open to learning new skills and that they are comfortable with technology, Cook added.

Valley resident Vahan Tafralian, 67, has experienced many ups and downs in the field of sales and marketing since the 1970s. He agreed that attitude and willingness to learn goes a long way in regaining employment.

“You have to have goals; you have to be proactive and listen to every message in your environment,” he said. “You’re in class until you graduate, and you graduate when you get the job. You’re being forced to grow. The problem that I’ve seen with people is, they don’t want to reinvent themselves. Ninety percent of reinventing yourself is your attitude, your spirit.”

Cook said her firm has been seeing younger workers, or millennials, “completely going against what they decided to major in at college. They realize they don’t get any intrinsic satisfaction out of those careers.

“With millennials, it’s a specific type of company culture they’re looking for. They want significant community impact. They want to work with companies that care about the communities where they live — not only nonprofits. Millennials are attracted to employers that give back to the community.”

Meanwhile, the firm’s older clients tend to be more concerned with stability and income, she said.

WHERE TO GET HELP

Both younger and older residents who are seeking employment can turn to a number of local agencies that offer assistance, such as career coaching, job training and help with polishing resumes and interview strategies.

Cook also suggests visiting Edx.org for those who are unable to go back to a traditional school due to scheduling conflicts or other commitments. The site offers online classes, some free.