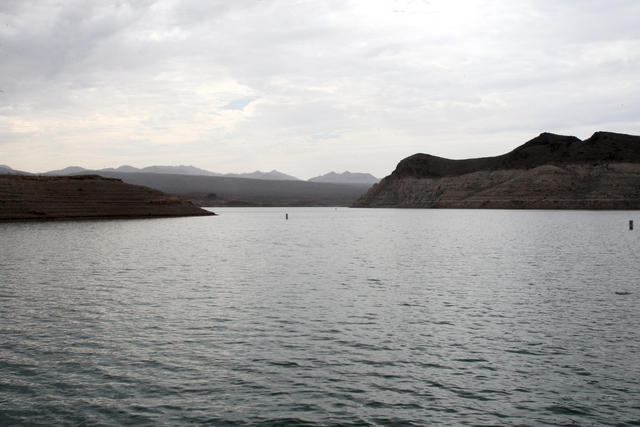 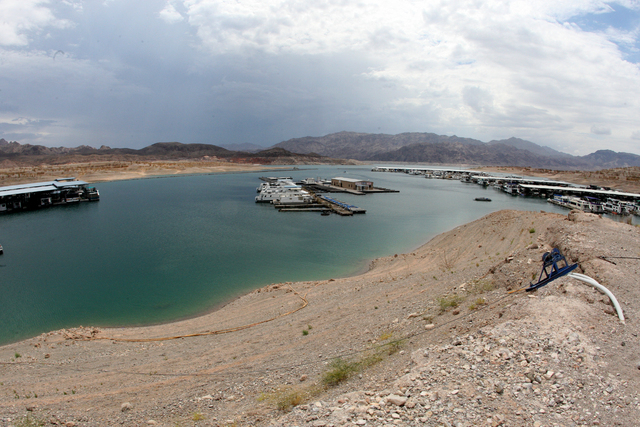 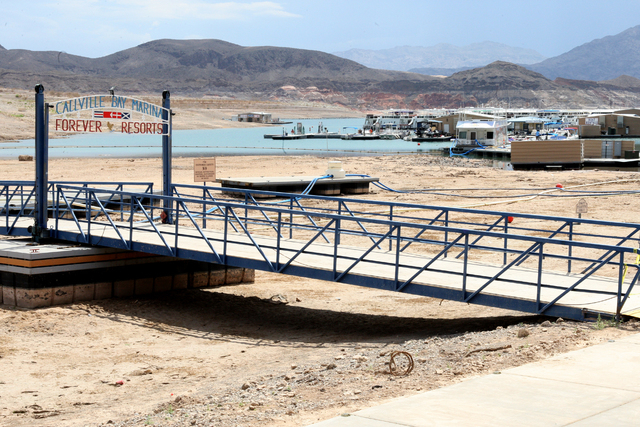 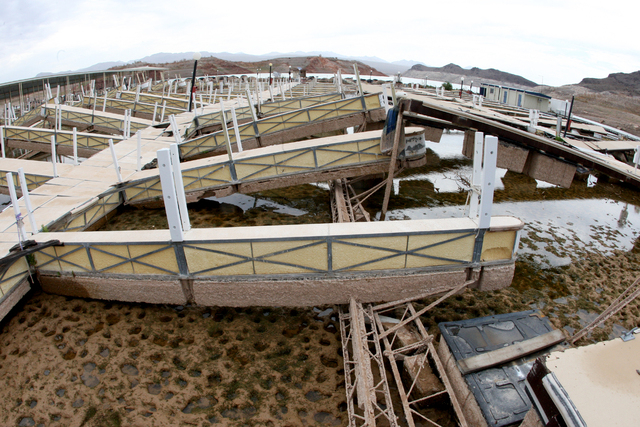 A new week has brought another record low to Lake Mead, but the man in charge of the Las Vegas Valley’s water supply doesn’t sound worried.

In an interview Tuesday, Entsminger said the community is uniquely positioned to outlast even the worst decline in Lake Mead because of the valley’s proximity to the reservoir, which provides 90 percent of the local water supply.

The authority is already building a new intake to draw water from the deepest part of the lake. When that $817 million project goes online a little over a year from now, it will protect the valley’s water supply even if the lake falls another 80 feet.

Beyond that, Entsminger said, the community can build a new pump station — at a cost of at least $300 million — that would enable the new intake to keep drawing water from the lake at “dead pool,” roughly 180 feet down from the present level, a point too low for water to be released downstream through Hoover Dam.

“Fortunately, we can solve our water problem with infrastructure,” he said. “Even though it will be expensive … I’m glad we have options in our portfolio even in the worst-case scenario.”

Entsminger also remains optimistic about efforts to keep that worst-case from ever happening.

He said the seven states that share the Colorado continue to work together on ways to keep as much water possible in Lake Mead and upstream in Lake Powell. A number of programs are now in place or being discussed that address both the immediate trouble caused by drought and the long-term problem facing Lake Mead: more water going out than coming in, even during average flows on the river.

For example, he expects final approval in the next few weeks for a new Colorado River conservation program that will pay farmers, cities and power plant operators to cut back, keeping the unused water in Lake Mead.

The Colorado River System Conservation Program will be seeded with $2 million each from water agencies representing the four largest communities fed by the river: the Southern Nevada Water Authority, Central Arizona Water Conservation District, the Metropolitan Water District of Southern California and Denver Water. Another $3 million will come from the Bureau of Reclamation, the federal agency that oversees the river and many of its dams.

The only direct beneficiary of the pilot program is the river itself, and Lake Mead in particular.

The reservoir has dropped 130 feet since drought took hold in the mountains that feed the Colorado 15 years ago. Last week, the reservoir sank to a level not seen since it was first being filled in 1937, and it has been losing a few tenths of an inch a day ever since.

The lake is now within 32 feet of shutting down one of the two intake pipes that currently supplies water to the valley. Before that happens, the lake will sink low enough to trigger an unprecedented federal shortage declaration and force Nevada and Arizona to reduce how much river water they take.

Despite the new record low at Lake Mead, it appears the river system will narrowly avoid such a declaration in January, but current forecasts call for the first-ever shortage in early 2016 unless Mother Nature bails the river out once again.

Entsminger said the last time the lake hit a record low was in November 2010, and that was immediately followed by one of the wettest winters on record, enough to raise the surface of the nation’s largest man-made reservoir more than 30 feet.

Either way, he said, the valley will be ready. “We have a secure and sound water portfolio” for the next 50 years at least — one that will allow the community to grow responsibly while living within its comparatively small share of the Colorado River.

As far as Entsminger is concerned, water is not a limiting factor for growth in the Las Vegas Valley.

The reason lies in the community’s unique ability to recycle virtually all of the water it uses indoors. Whatever runs down the drain or gets flushed down the toilet is treated and returned to Lake Mead, where it earns so-called “return-flow credits” that allow the water to be pumped from the lake and used again.

Continued conservation will be key.

Already, Entsminger said, the community cut consumption by a third as its population grew by a quarter. He said the water restrictions and conservation measures that led to those gains — things like assigned, seasonal watering schedules, a ban on front lawns at new homes and the rebate program that pays customers to tear out grass — have not yet “reached the point of diminishing returns.”

Even if the situation worsens at Lake Mead, the authority has socked away enough water to sustain the community for five full years.

“We have 1.5 million acre-feet of water banked all over the region,” Entsminger said.

As a last resort, the authority could move forward with its plan to siphon groundwater from across a 300-mile swath of rural eastern Nevada and pipe it to Las Vegas. The controversial, multi-billion-dollar project will get a final water authority board vote if the lake falls far enough to trigger a federal shortage.

The pipeline project is part of the authority’s current 50-year water resource plan, but Entsminger said there’s a chance the project won’t be needed.

“You never know what’s going to happen on this river,” he said. “In this business you have to prepare for the worst.”

Just don’t mistake Entsminger’s confidence about the future water supply for a lack of concern. What’s happening on the Colorado River right now is troubling, and addressing it won’t be easy.