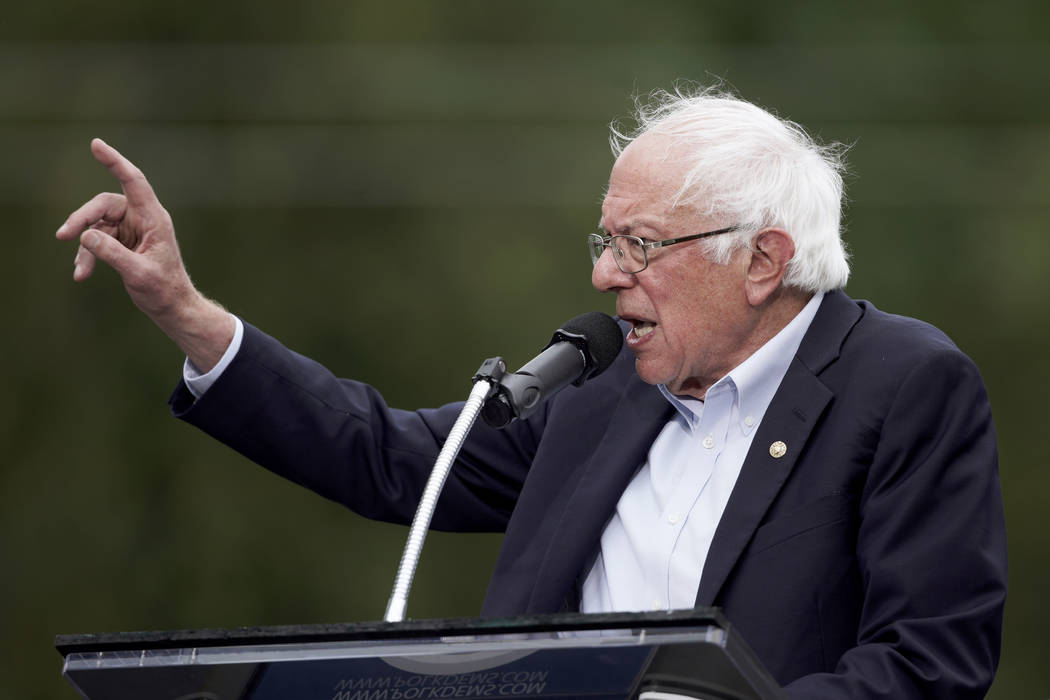 One of Bernie Sanders’ charms, according to his followers, is that he’s an unapologetic advocate for his beliefs. Never mind that most of the 20th century stands as a monument to the catastrophic dangers of his collectivist philosophy, Bernie’s no phony!

True to form, comrade Sanders this week unveiled how he plans to pay for the gargantuan expansion of the federal government that will be necessary to provide his extensive handouts: He plans to harness the power of the state to fatten the Beltway bureaucracy with a new trillion-dollar pipeline carrying other people’s money.

Sen. Sanders would impose a “wealth” tax of up to 8 percent on rich Americans — those making more than $16 million annually. His advisers project the new levy would raise $4.35 trillion over a decade, allowing a Sanders administration to pay for free health care, free day care, free college, free housing, free electric vehicles, free electricity and whatever else it can dream up to give away. Members of the Sanders camp also tout the proposal as a way to eliminate billionaires and to attack income inequality.

As for the latter, they have a point. Simply outlawing the accumulation of wealth and raiding the assets of high-earning Americans might indeed reduce income disparities — by making everyone poorer. Is it any surprise that Bernie can barely bring himself to condemn the quasi-Marxists who have run Venezuela into the ground?

All this will no doubt appeal politically to certain voters who are unconcerned about the practical or moral intricacies of tax policy as long as they’re not the ones paying. But Sen. Sanders is notably silent on the economic ramifications of his confiscatory approach — and how they might hurt the “little people” he supposedly wants to help.

“A wealth tax would have unknown effects on economic growth,” The Wall Street Journal reported. “The founders of successful companies would have a harder time holding on to controlling stakes as they grow.”

Meanwhile, Tyler Cowen of the Mercatus Center at George Mason University notes that a wealth tax would almost certainly lower “investments in human capital and the creation of new businesses.” That, in turn, means fewer jobs, lower wages and economic stagnation, hardly a recipe for uplifting lower-income Americans.

In real terms — as opposed to the fantasyland of Sen. Sanders’ campaign rhetoric — a wealth tax would be constitutionally dubious, destructive for Americans of all income levels, impossible to get through Congress and a nightmare to enforce and administer. But give straight-shooter Bernie credit: He’s upfront about his plans to destroy the U.S. economy.