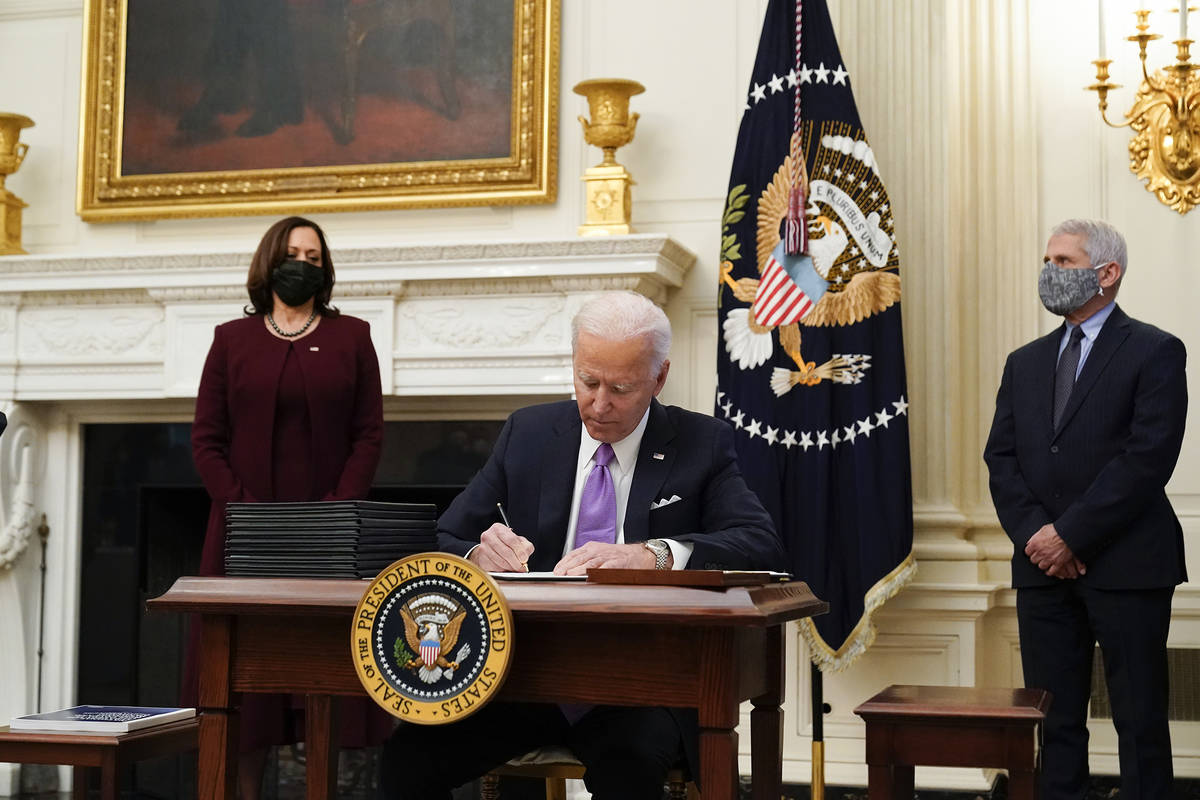 Less than six weeks into his presidency, Joe Biden has made it crystal clear that government unions have the run of the White House over the next four years.

It took just days in the Oval Office for Mr. Biden to frantically hit reverse on his pledge to quickly reopen schools. A few sweet nothings in the ear from the American Federation of Teachers and the National Education Association and the president was suddenly more interested in appeasing the entrenched education establishment than minimizing the damage the pandemic has wrought on the nation’s schoolchildren.

Then there’s the series of executive orders Mr. Biden signed in January that elevate members of the federal workforce over the taxpayers they serve. Donald Trump had implemented a handful of reforms intended to make it easier to dispatch poor performers and to give agencies more personnel flexibility. But Mr. Biden was having none of that “efficiency” nonsense.

Consider this gem from The Washington Post: “The Trump administration’s general view (was) that federal personnel policies should be more results-oriented, and that management should do more to hold employees accountable while limiting the role unions play in workplace decisions. In its early days, the Biden administration is setting a different tone.”

One of Mr. Biden’s orders, in particular, is a stunning affront to the taxpayer. In 2018, Mr. Trump implemented policies to make it more difficult for federal workers to conduct union business on the public’s dime — so called “official time.” This makes eminent sense. Why should taxpayers be on the hook for the pay and benefits of public employees when they’re engaged in tasks at the behest of their labor organization?

Yet even this common-sense move has now fallen victim to Mr. Biden’s fealty to Big Labor.

The Goldwater Institute in Phoenix reports that, “Federal official time has been a lucrative giveaway to public employee unions since it was created by federal law in the 1970s. In 2016, those unions were granted 3.63 million hours of official time to spend doing union business at a cost to taxpayers of $177.2 million.” Under Mr. Trump’s reforms, that number had fallen nearly 24 percent in 2019, saving taxpayers $42 million.

Mr. Biden’s reversal of the “official time” policy amounts to a massive public subsidy to organized labor, which will no doubt reward the president and other Democrats by laundering the savings into political contributions courtesy of the American taxpayer. It’s further evidence that the modern Democratic Party has little use for private-sector workers other than as a funding source to cover the demands of their political benefactors.