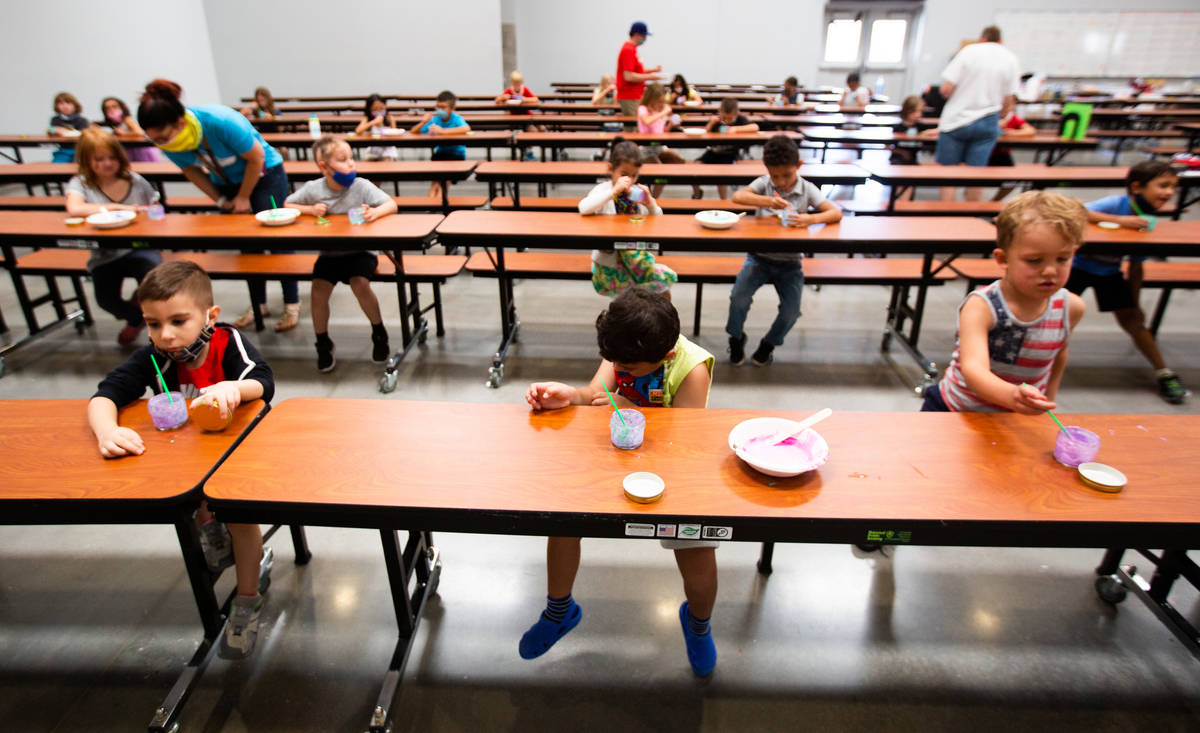 Children play with paint in the cafeteria during a summer camp at Legacy Traditional School in Las Vegas on Thursday, July 16, 2020. (Chris Day/Las Vegas Review-Journal) 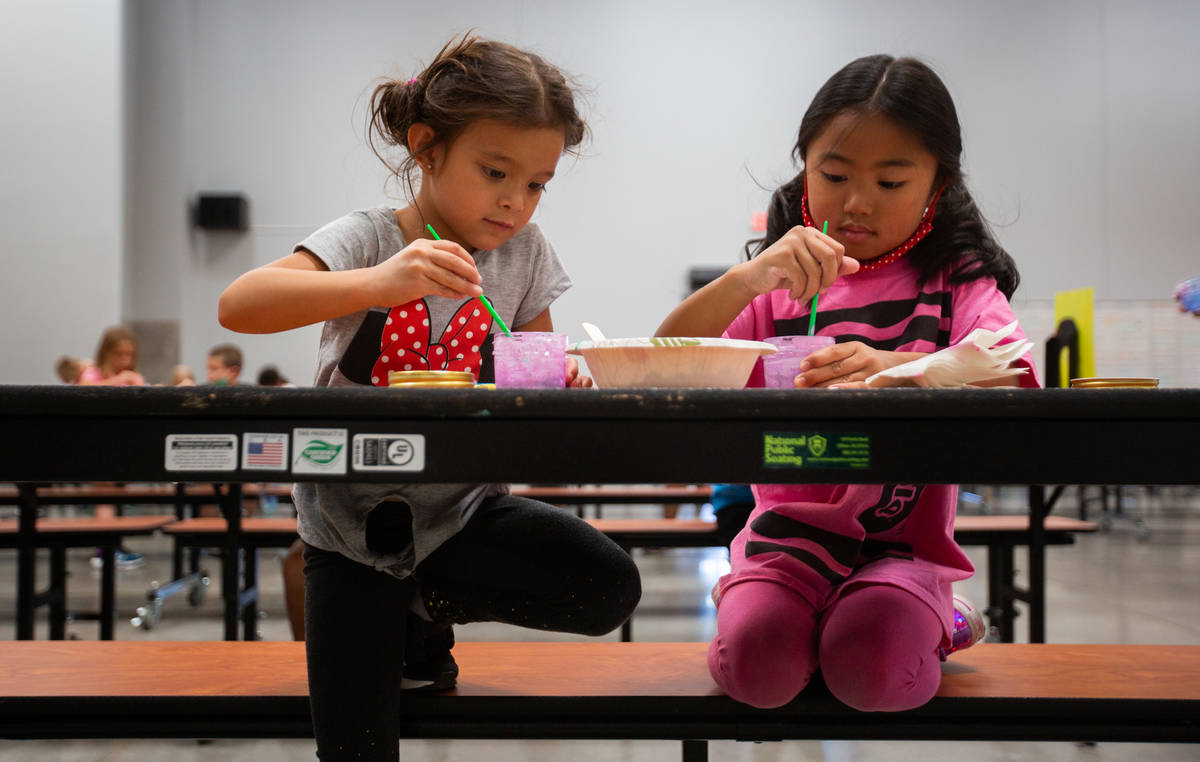 Kylie, 5, left, and Teagan, 5, play with paint in the cafeteria during a summer camp at Legacy Traditional School in Las Vegas on Thursday, July 16, 2020. All of the students faced the same way in the cafeteria and were spaced out between the tables for social distancing. (Chris Day/Las Vegas Review-Journal)

If you want to increase student achievement among minority students, increase the number of charter schools. That’s the conclusion of economist Thomas Sowell.

In his latest book, “Charter Schools and Their Enemies,” Mr. Sowell shares the research that shows the astonishing success of charter schools. He focused on more than 100 New York City schools. What made these schools unique is that the charter school and traditional public school students shared a building. They also took the same English and math tests each year.

In a sane world, this would be celebrated as a rousing success, especially because charter schools are disproportionately Black and Hispanic. Students in charter schools usually come from low-income neighborhoods, too.

For decades, there’s been a persistent gap in achievement between white and Asian students and Hispanic and Black students. The education establishment has trotted out every excuse in the book — poverty, problems with students’ home life and a lack of funding. But the success of charters shows that there’s no reason to accept those excuses.

Naturally, teacher unions and their allies in the Democratic Party are working to restrict charter schools. That’s because charter schools are less likely to be unionized. The more children attend charters, the fewer teachers there are to pay union dues. Less union dues equals less power for union leaders and fewer campaign contributions for Democratic politicians. In addition, the success of these alternative campuses exposes the folly of the self-serving bromides issued by entrenched education advocates.

The enemies of achievement have had success attacking charter schools, too. California passed an anti-charter law in 2019. That same year, a Nevada Democrat proposed halting new charter schools. That plan died, but Democrats did impose additional restrictions on new charters. They also eliminated the Achievement School District, which converted low-performing public schools to charter schools.

Not every charter school is an unbridled success. But as a whole, their outcomes are admirable. Shame on those who prioritize their political power over helping minority students achieve academic success.