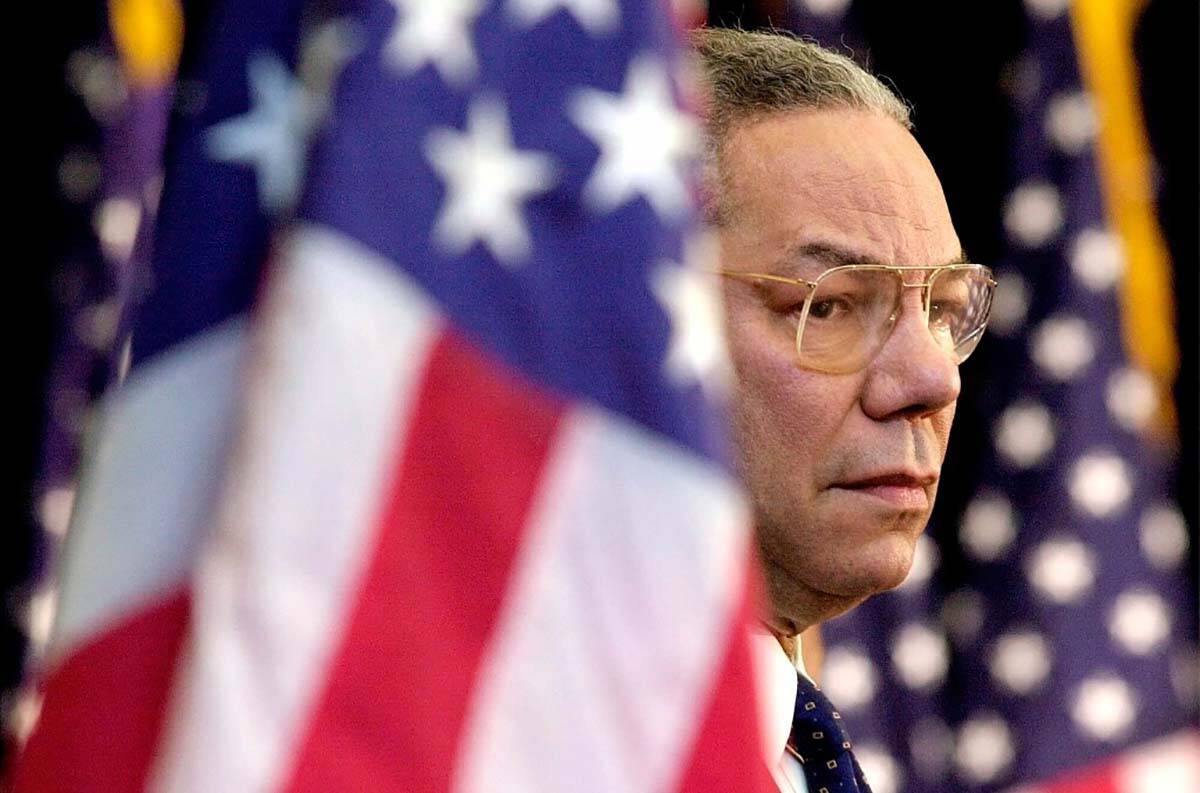 “Leaders aren’t born, they are made,” Vince Lombardi said. “And they are made just like anything else, through hard work.” America lost an embodiment of that particular nugget of wisdom on Monday with the death of Colin Powell.

Mr. Powell, 84, passed due to complications from the coronavirus, his family revealed. The former soldier, diplomat and adviser to presidents had been vaccinated but was battling various health issues.

At a time when political debate has deteriorated into name-calling and vituperative sniping, Mr. Powell embraced a level of decorum and propriety befitting a true statesman. He was a serious man. Steady, level-headed, intelligent and thoughtful, he commanded respect.

Mr. Powell eventually drew fire from partisans on both the left and the right. A longtime independent, he supported Barack Obama’s presidential candidacy. He later made clear that he was no fan of Donald Trump. Meanwhile, Democrats never forgave him for pressing the Bush administration’s case at the United Nations in 2003 for the removal of Saddam Hussein in Iraq.

Mr. Powell himself wanted little part of the ideological warfare that has, in recent decades, come to define American politics. “Powell is a problem-solver,” he said, speaking in the third person during a 2007 New York Times interview. “He was taught as a soldier to solve problems. So he has views, but he’s not an ideologue. He has passion, but he’s not a fanatic. He’s first and foremost a problem-solver.”

His was also a great American success story. Mr. Powell’s parents were from Jamaica, and he was born in Harlem. He joined the army after graduating from college and served two decorated combat tours in Vietnam. Mr. Powell remained in the army for 35 years, rising to the rank of four-star general. President Ronald Reagan tapped Mr. Powell as a national security adviser during the Cold War, and he served as chairman of the Joint Chiefs of Staff under President George H.W. Bush.

Mr. Powell played an integral role in the U.S. military campaign against Iraq in 1991 after Saddam invaded Kuwait. “Our strategy in going after this army is very simple,” he said during the Gulf War. “First, we’re going to cut it off, and then we’re going to kill it.”

Mr. Powell retired from the military in 1993. At that time, the Times reports, he was “the most popular public figure in America, owing to his straightforwardness, his leadership qualities and his ability to speak in blunt tones that Americans appreciated.” He contemplated a run for president but opted against it. Mr. Powell later re-entered public life, serving as secretary of state under President George W. Bush before stepping down in 2004.