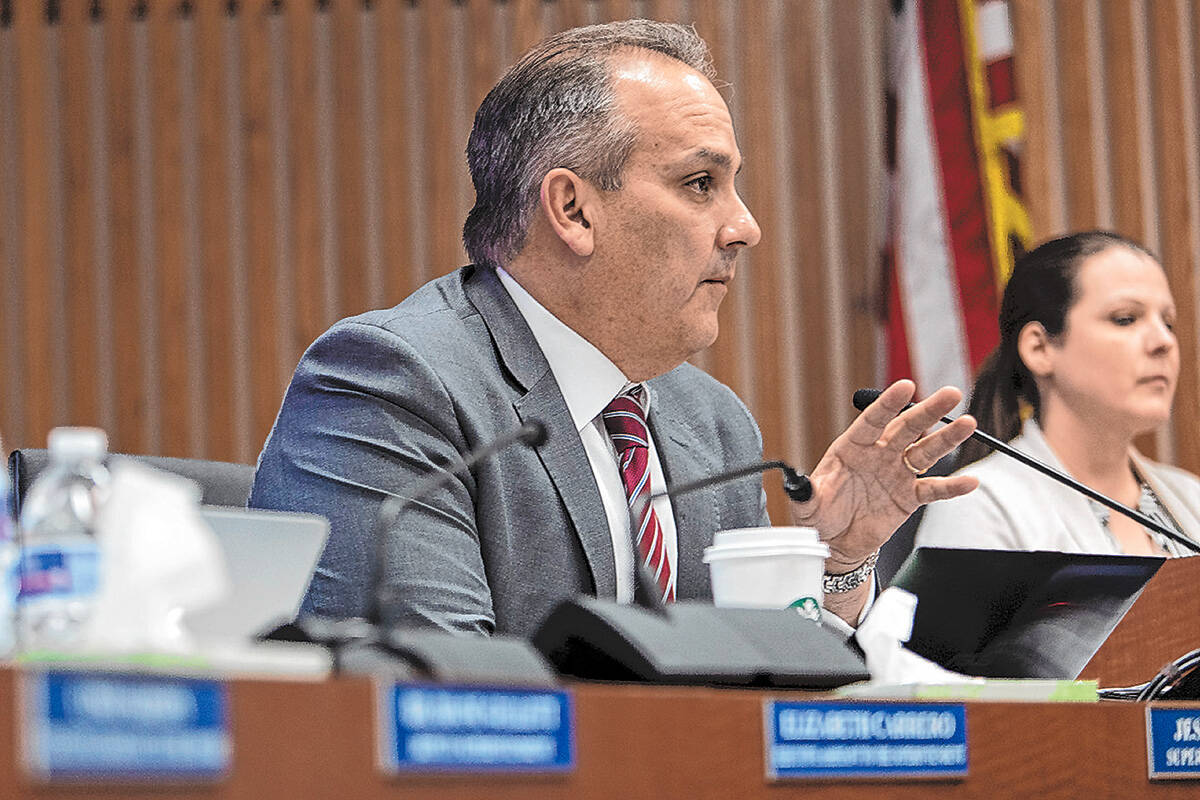 The Clark County School District isn’t underperforming because of a lack of bureaucracy. Yet the push for centralization continues.

Next week, the Board of Trustees is scheduled to consider an overhaul of its zone variance process. Currently, just more than 19,000 students have an approved zone variance that lets them attend a school outside of the campus designated for their neighborhood. Principals make those decisions. That’s around 6 percent of students.

If approved, the changes would centralize this. Parents would apply for a variance with the district itself. If a school has space, variances would move forward. If there are more applicants than space, selection will be done by a lottery.

In a presentation before the board last month, Mike Barton, chief college, career, equity and school choice officer, implied zone variances contribute to overcrowded schools. He implied this increases the district’s need for portable classrooms. He bemoaned that portable classrooms cost the district $6.2 million in fiscal 2020 and 2021.

Even if that entire cost is due to variances, which is doubtful, that’s a small price to pay to help 19,000 students find a better school. It’s also worth noting that some parents are willingly choosing more crowded schools for their children. A centralized bureaucracy can’t optimize the learning experience of 308,000 students.

Mr. Barton said this change will help the district better meet its goal of equity. He’s not referring to the older definition of equity, which means treating people without favoritism. District officials acknowledged they have no evidence bias influenced principals’ decisions.

The new “woke” definition of equity is equal outcomes on the basis of a single preferred variable — race, in this case.

But hundreds of variables influence behavior. When there are many variables, it’s a statistical fallacy to assume discrimination is why one variable isn’t proportional.

That’s especially true when results happen to be proportional.

“On the aggregate, zone variance data appears to be overall reflective of the district’s demographic profile,” noted a slide Mr. Barton presented to the board last month. The supposed problem is that schools with the most zone variances “had the highest number of Caucasian students” using a zone variance.

Talk about grasping at straws.

This appears to be a ham-fisted attempt to limit a widely used form of school choice. If the process is centralized, principals at the most requested schools won’t have the ability to let in a few more students.

District officials and the board should be empowering parents and principals to find the best fit for students, not tying their hands.